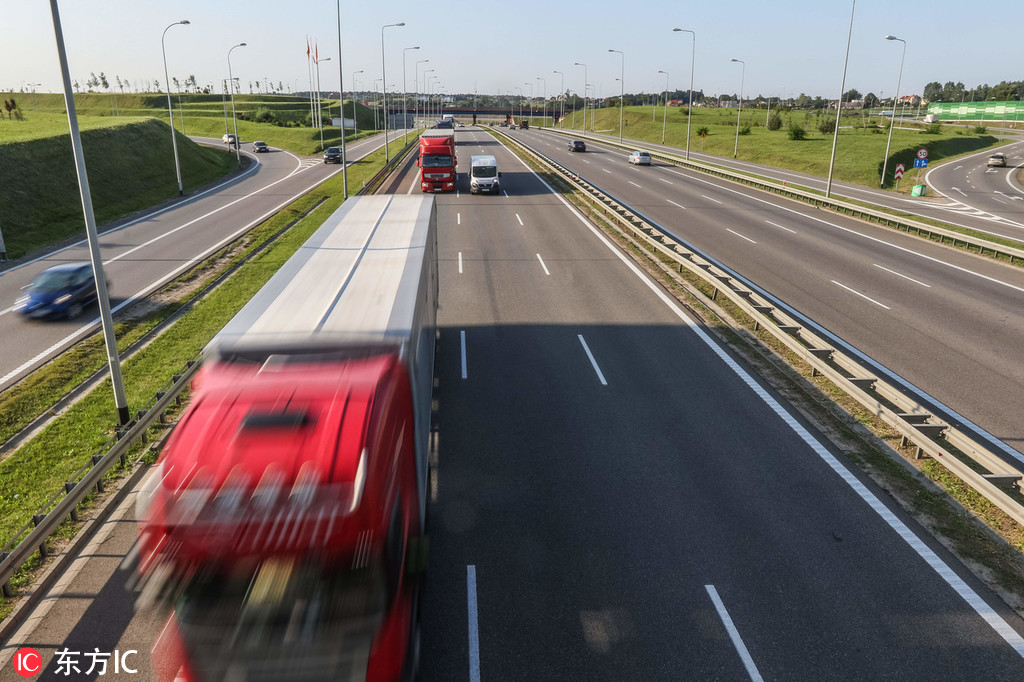 The first TIR truck from China to Europe has arrived in Poland, unlocking a critical Belt and Road route and offering development opportunities across Eurasia.

The truck started its 7,000 km journey at the Khorgos border in Xinjiang Uygur autonomous region, entering Kazakhstan and travelling through Russia and Belarus to Poland in 13 days – with a door-to-door cost and delivery time that is competitive with both air and rail.

TIR, or Transports Internationaux Routiers, is the only global customs transit system for moving goods across international borders. Supporting trade and development for more than 60 years, TIR has 75 contracting parties and is governed by the United Nations TIR Convention and managed by IRU. China has been a member since 2016.

Umberto de Pretto, secretary-general of IRU, said the milestone will be a game changer for cross-border transport in China. “This first TIR journey by road from China to Europe is a win-win-win model for business, trade and governments.”

He said the journey showed that the system is secure and also highly competitive in terms of cost and time relative to other modes of transport on similar routes.

“It will boost trade between China and Europe, which will help China and the countries involved in the Belt and Road Initiative to reap the economic and development rewards of international road transport. It is also a wakeup call to European hauliers – who can seize the opportunity to benefit from round-trip operations.”

Torben Bengtsson, executive vice-president of CEVA Logistics Greater China, said the company has foreseen a great future for road transport from China to Europe as the pilot proves that it could save up to 50 percent door-to-door cost compared to air, and at least 10 days delivery time compared with rail.

“The market is eager for the new product; we have a lot of customers waiting for the start of a regular service. During the coming weeks we will prepare to start regular operations as early as possible in 2019,” he said.

“Being the only European transport company in China with an international transport license, we are able to execute the entire transport door-to-door with own transport equipment and own drivers,” he said. “We are pleased with the results from the test and still see room for further optimizations in order to achieve the ideal transport time of 10 days from China to Europe.”

In September 2018, China and Kazakhstan opened the new border crossing at Khorgos to boost transport and trade along the new western China to western Europe 8,445 km expressway.