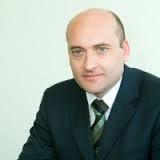 First Title Insurance has announced the appointment of Andrew Jackson as sales director Western Europe. Jackson previously headed up the business in Central and Eastern Europe building it up from a non-existent operation into a multi-award winning business that celebrates its ten-year anniversary in 2015.

Jackson said, “I’m delighted to have the opportunity to develop our business throughout continental Europe.” He continued, “Many of our existing CEE clients also have portfolios in Western Europe, often using our products to cover specific risks that would otherwise cause deals to fall through. Increasingly, our products are also being used for strategic reasons, such as replacing reps and warranties on a fund that has reached maturity.”

David Yearn, who was previously First Title’s representative for Poland and the Czech Republic, will step-up to oversee First Title’s commercial sales across Central and Eastern Europe as business development manager, Yearn commented, “I look forward to building on the stable base that we have in the territory and helping to take the business to the next level.”

First Title’s CEO John Maidens said of the appointments, “We are delighted that both Andrew and David have taken on these wider roles and know that their experience will be invaluable in helping us achieve our strategic plans throughout Europe.”