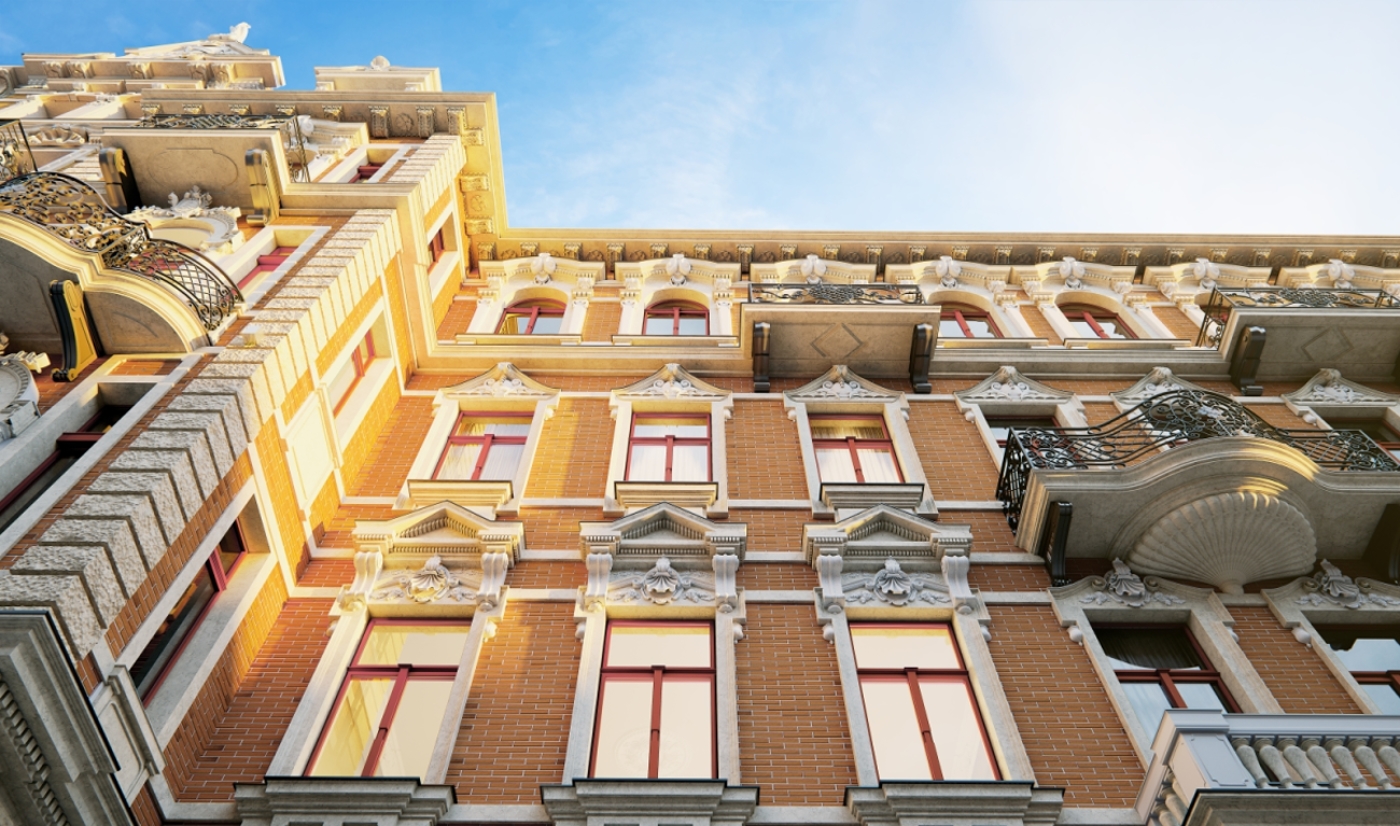 Revitalisation of two historical tenement houses at Foksal 13/15 has entered the next stage. The general contractor has completed most of the works on the building’s structural elements and the crew responsible for conserving the historical elements have entered the construction site. Facade renovation and restoration of colourful polychromes in the buildings’ interiors are underway.

Foksal 13 and 15 tenements, which are being revitalised by Ghelamco, will soon again become a place for those who appreciate authenticity, uniqueness and luxury at their best. Built at the end of the 19th century, in an eclectic style with facades abundant in fine details, the tenements are among the most beautiful in Warsaw. After the renovation, they will offer 55 elegant apartments from 47 to 260 sqm and up to 4.2 metres high.

“Foksal 13/15 is a project full of challenges, the implementation of which is giving us lots of satisfaction. The original details and finishing elements are being carefully conserved by top experts. Restoration and reconstruction of such a large amount of stucco inside historical buildings has been yet unseen on the Polish property market. After the revitalisation is completed, the tenements will regain their fabulous and sophisticated look, just like in the belle époque,” says Jeroen van der Toolen, Managing Director CEE, Ghelamco

The general contractor has just finished the works on structural elements. Partition walls have been built, internal insulation installed, and power hook-up and water and sewage installations delivered. Recently, plaster works and the installation of window joinery and frames have started. Since March the renovation of the façade of both tenements has been underway, including the front parts of the buildings as well as the courtyard part. The walls have undergone initial cleaning and in some parts they have been repaired. Lintels have also been replaced. Architectural details are now being mounted.

Plaster and floor works are planned for the upcoming months, followed by mounting the restored and reconstructed stucco and floors. The ceilings will feature in total nearly one hundred types of covings, rosettes, ceiling moldings and consoles, whereas wooden floors will display nearly twenty patterns which were fashionable at the turn of the 19th and 20th centuries. The contractor will also mount entrance doors to the apartments and renovate balustrades and stone elements in the staircases.

One of the most interesting and rare undertakings in the industry is the conservation of polychromes on the ceilings while replacing the entire structure altogether. The first stage involves securing the paintings using Japanese tissue. The next stage consists in full boarding, which supports the protected place with the so called stanchions. All ceiling layers are being removed and replaced with new ones, followed by professional in-situ renovation of the polychromes. Project completion is planned for Q3 2019.