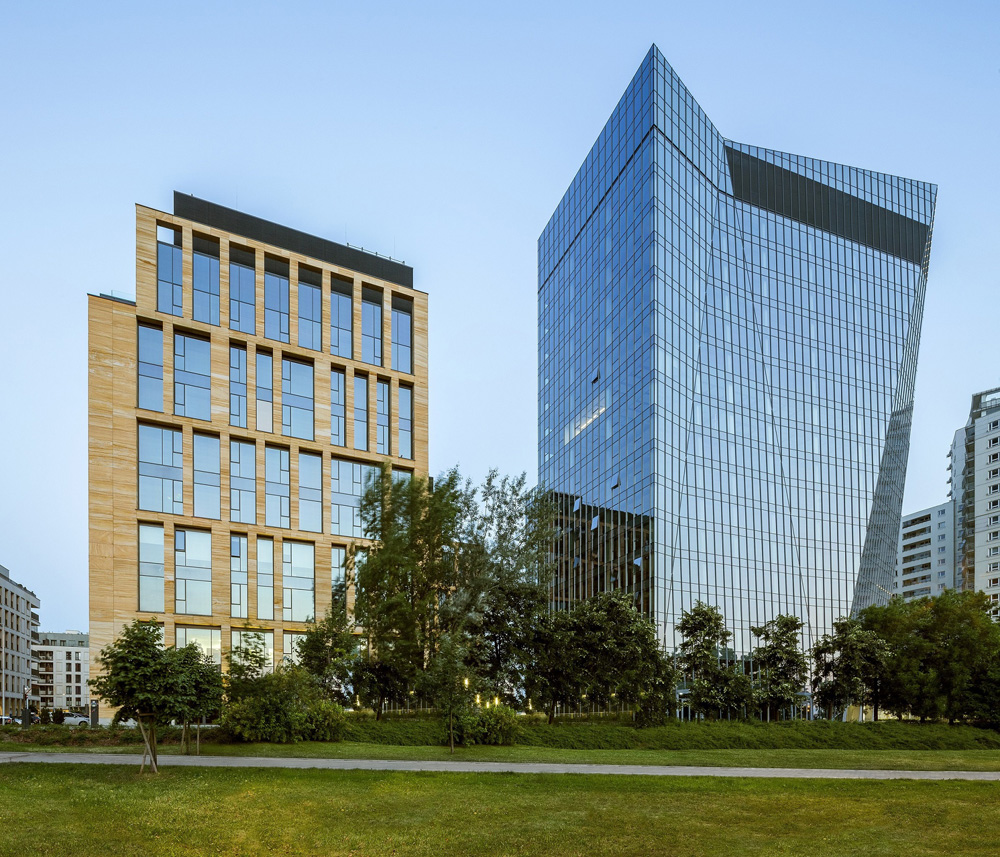 The Warsaw office complex Gdański Business Center I has been awarded the prestigious BREEAM certificate with the rating of Excellent, making it one of only five Warsaw office investments to hold this high sustainability rating in the BREEAM Final certification. The facility was developed and is owned by HB Reavis, and was audited by Grontmij Polska.

It is the second BREEAM certificate awarded to Gdański Business Center I. The first certificate was granted as early as at the design stage (BREEAM Interim) — the complex achieved the rating Very good at the time.

“We are very pleased that our project has been acknowledged yet again by the BREEAM assessment team. The fact that Gdański Business Center I has received the green building certification for the second time confirms its high standard,” said Stanislav Frnka, CEO at HB Reavis Poland. He added: “Ever since its foundation,
our company has focused on investing in sustainable development and providing tenants with highest quality solutions, creating a friendly, innovative and at the same time cost-effective working environment. All of our projects are constructed in accordance
to the BREEAM guidelines as standard.:

Gdański Business Center I is a modern Grade A office complex developed by HB Reavis in the Warsaw district of Muranów. It consists of two office buildings with a total area of nearly 48,000 sqm. The investment is powered exclusively with renewable energy and offers numerous ecological solutions, such as lifts with LED lighting and brake energy regeneration technology or retention tanks for rainwater, which is used to water the greenery. The amenities include bicycle racks, showers and electrical vehicle charging stations. Additionally, the buildings are going to be surrounded by a public recreational courtyard with elements of landscape architecture, designed for the tenants’ convenience.

GBC I is the first stage of the office complex, which will ultimately comprise four Grade A buildings of a total lettable area of almost 100,000 sqm. The construction of Gdański Business Center II began in July 2014 and is scheduled to be delivered in Q1 2016. Similarly, as in the case of the first stage of the investment, both the design and the construction of Gdański Business Center II have been planned to meet the requirements of Europe’s foremost environment certification BREEAM at an Excellent rating.