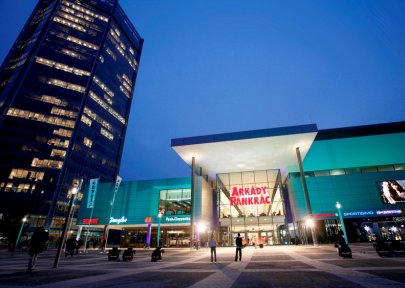 Growth in the retail investment market outside of the Big 7 markets has helped to see European retail real estate market transaction volumes in the first half of 2015 reach €26 billion, up 28 percent on the same period in 2014, according to new data released by JLL.

“We are witnessing robust growth in the retail investment market and much of this is down to the fact that all geographies are transacting. Markets such as Finland, Portugal and the Czech Republic are taking a much larger share of transactions this H1 than H1 2014 and feature heavily in largest 10 deals of the year so far. These markets are having a significant impact on volumes,” said Jeremy Eddy, International Director, Retail Capital Markets at JLL.

The €770 million sale of the Klepierre mall portfolio to Dutch REIT Wereldhave is the biggest deal of 2015 so far. Unlike 2014, H1 2015 has seen a limited number of asset mega deals taking place in the region, with fewer deals around the €1 billion mark.

Buyers, primarily funds, are coming from across the world, particularly from the US, with Blackstone leading the pack. South Africa is also appearing as a serious source of money.

However, Eddy explains that it’s not just capital that investors are demanding; “investors are increasingly looking for a way to enter the market. They are doing this through entity deals and M&A, but many more are seeking partners in equity and expertise joint ventures. There is a wave of joint ventures and funds backed by major international equity aggressively seeking the right managers and the right operators to partner with.”

Looking to the second half of the year, Eddy expects the current trends to continue, but to also see more trophy deals on the high street. “Consumers love the high street again. These locations are becoming more and more dynamic and this is helping to make investment in the right spots, backed by the right retailers, a secure and defensible long term investment. There are however only a handful of locations like these in Europe. Pontegadea, the property company of Inditex founder Amancio Ortega, struck deals with Primark on Oxford St and Gran Via for this very reason and we can expect to see more deals like this well into 2016.”