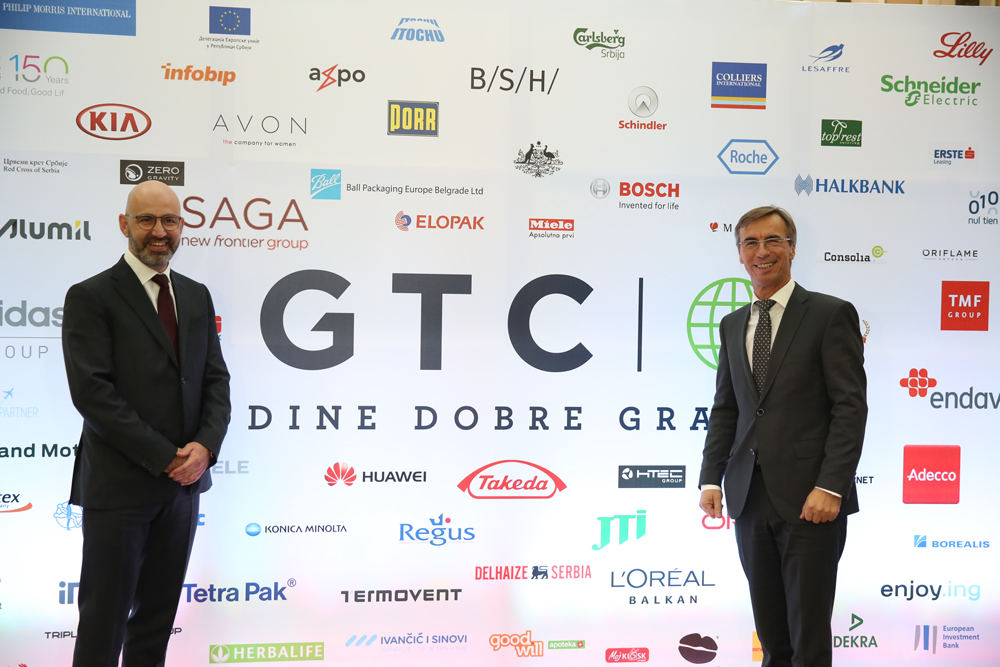 Globe Trade Centre, one of the leading commercial real estate companies in the region, has celebrated its 15th anniversary of successful operations in Serbia. The company gathered a large crowd of distinguished guests to join in the celebrations at Belgrade’s City Hall.

GTC has built more than 80,000 sqm of Class A office space in the central business district of Belgrade, hosting some of the largest domestic and international companies. Four complexes have so far been opened in the capital – GTC House, GTC Square, 19 Avenue and FortyOne.

“Through constant investment and development, GTC makes Belgrade a modern city focused towards the future and the new era of business,” commented Thomas Kurzmann, Chairman of the Management Board of GTC. “Introducing the highest environmental standards and international spirit of the business lifestyle in the heart of Belgrade GTC has been investing for 15 years now in the city of inexhaustible energy and unique people, growing with it and developing – and planning to continue with that in its future operations.”

The Mayor of Belgrade, Siniša Mali, congratulated GTC on its perseverance, trust, but also on the agility and accuracy in the implementation of projects. “Success of GTC is at the same time success for Serbia since it indicates activity of the construction industry and confidence of foreign investors in our country and our city,” the Mayor said.

GTC’s General Manager in Serbia, Peđa Petronijević, did not hide his joy about a decade and a half of successful business. “Fifteen years is a very important jubilee, there is a lot of effort and hard work behind us, and I am very proud of our whole team for everything we have achieved. For 15 years now we have been building Belgrade based on the postulates of expertise and knowledge, but also with great love and dedication that we give both to this city, as well as to each individual project. What goes around always comes around,” Petronijević said.

GTC is ready to launch another new project in Belgrade – Ada Mall. The retail project will be located in Radnička Street, spanning an area of 34,000 sqm of net leasable area and 1,000 parking spaces, and will be built in accordance with the highest international standards. Opening of this modern shopping centre is planned for autumn 2018.

GTC is also the proud owner of the LEED GOLD certification for GTC House and FortyOne that became the first commercial buildings in Belgrade to be awarded with this prestigious award granted in accordance with the highest international standards of green building.