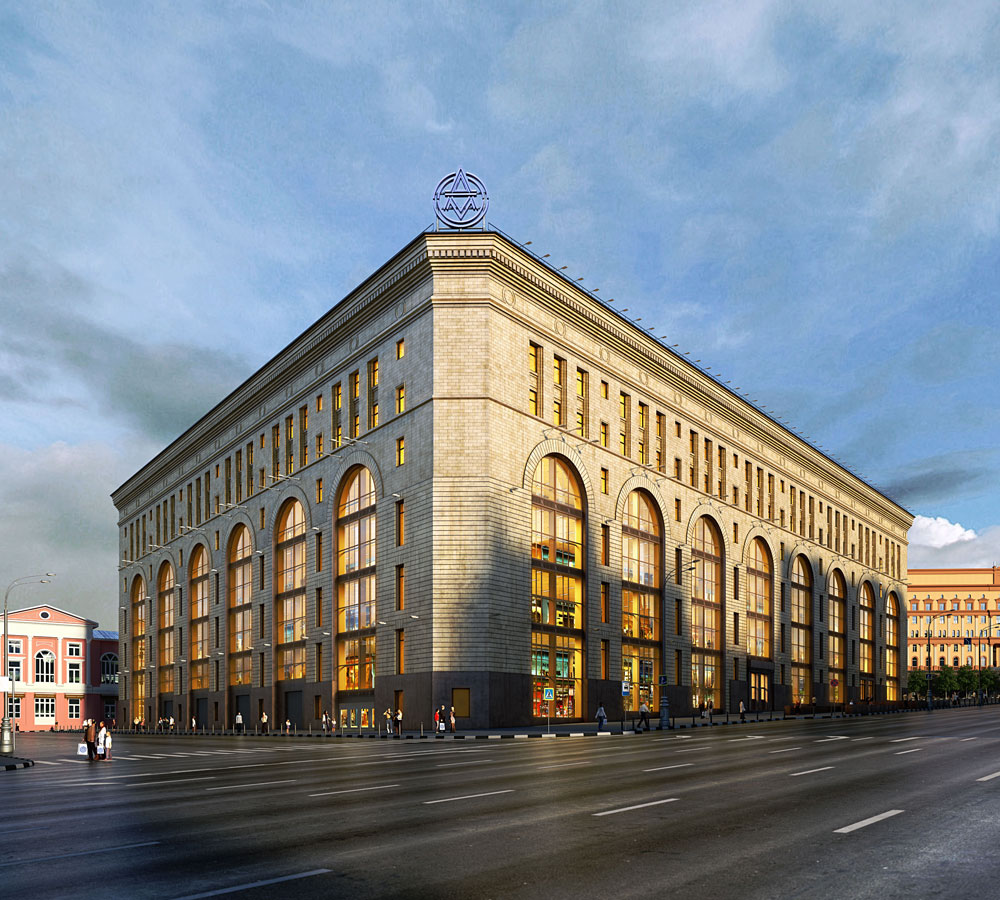 Hals-Development, which is currently undertaking the reconstruction of Centralny Detsky Magazin na Lubyanke, has announced an agreement with Colliers International to provide services in organization and coordination of preparatory work in tenant premises during the project completion phase and adaptation of the building to its modern use. The official opening ceremony for Centralny Detsky Magazin na Lubyanke will be held in December 2014.

Colliers International will be responsible for the preparation of 250 retail premises in the largest children’s shopping centre in Europe. The tenants of the complex will include the world’s largest Hamleys flagship toy store, a KidBurg interactive career theme park, Formula Kino multiplex cinema with the latest children’s films, Azbuka Vkusa Supermarket in addition to the stores of such brands as Malenkaya Lady, Pelican, Gulliver, Beba kids, Sanetta, Acoola, Okaidi, Petit Bateau, Magia Destva and Gnezdo as well as the Museum of Childhood.

Vladimir Strigin, Vice President, Hals-Development, commented: “Centralny Detsky Magazin na Lubyanke is a strategically important property for our company. The rebirth of this flagship of the children’s goods industry must respond to the latest demands and open in December with fully functional stores, restaurants and entertainment venues. In order to achieve this we have brought in professionals with many years of experience who have been tasked with coordinating all of the issues concerning the technical planning and fit-out for the tenants. Over the many years of our partnership with Colliers International, this company has earned a reputation of an industry leader. We are certain that our cooperation will ensure a successful opening of the complex.”

Marina Tolstosheeva, Regional Director of Property Management Department, Colliers International Russia, added: “Today the portfolio of Colliers International’s Property Management Department in Moscow includes three high-quality shopping centres which are preparing to open this year. Thanks to our strong team, which has experience in the launching and managing projects of any complexity, we are always ready to effectively and expediently execute complicated tasks and to organize relations with owners in such a way that our cooperation succeeds over the long term and is mutually beneficial. We are particularly pleased to be taking part in such a milestone project for the Russian real estate market like Centralny Detsky Magazin na Lubyanke, the opening of which will be a long-awaited and joyful event for many Muscovites.”

Centralny Detsky Magazin na Lubyanke will become a unique shopping and entertainment complex for the entire family. The legendary children’s store will once again regain its flagship status in the Russian children’s goods industry, offering all the leading brands and becoming a true magnet for residents and guests of the capital alike. The total area of the seven-storey Centralny Detsky Magazin na Lubyanke amounts to 73,000 sqm (GLA 34,400 sqm), which will include zones devoted to the edutainment format, allowing visitors not only to do their shopping but also to participate in various children’s development programs.

About 20 percent of the leasable floor space will be designated for these edutainment functions, including the KidBurg career theme park, Formula Kino multiplex for children (Kinomir – 21st Century), Museum of Childhood as well as numerous areas for hosting children’s concerts, exhibitions and theatrical performances.

Hals-Development has benefited from a long and successful partnership with Colliers International on another milestone project – the Leto shopping centre in St. Petersburg. The complex was first entrusted to the consultancy for management in 2012 and in April 2014 the partners agreed to extend their comprehensive facility management agreement for the property.