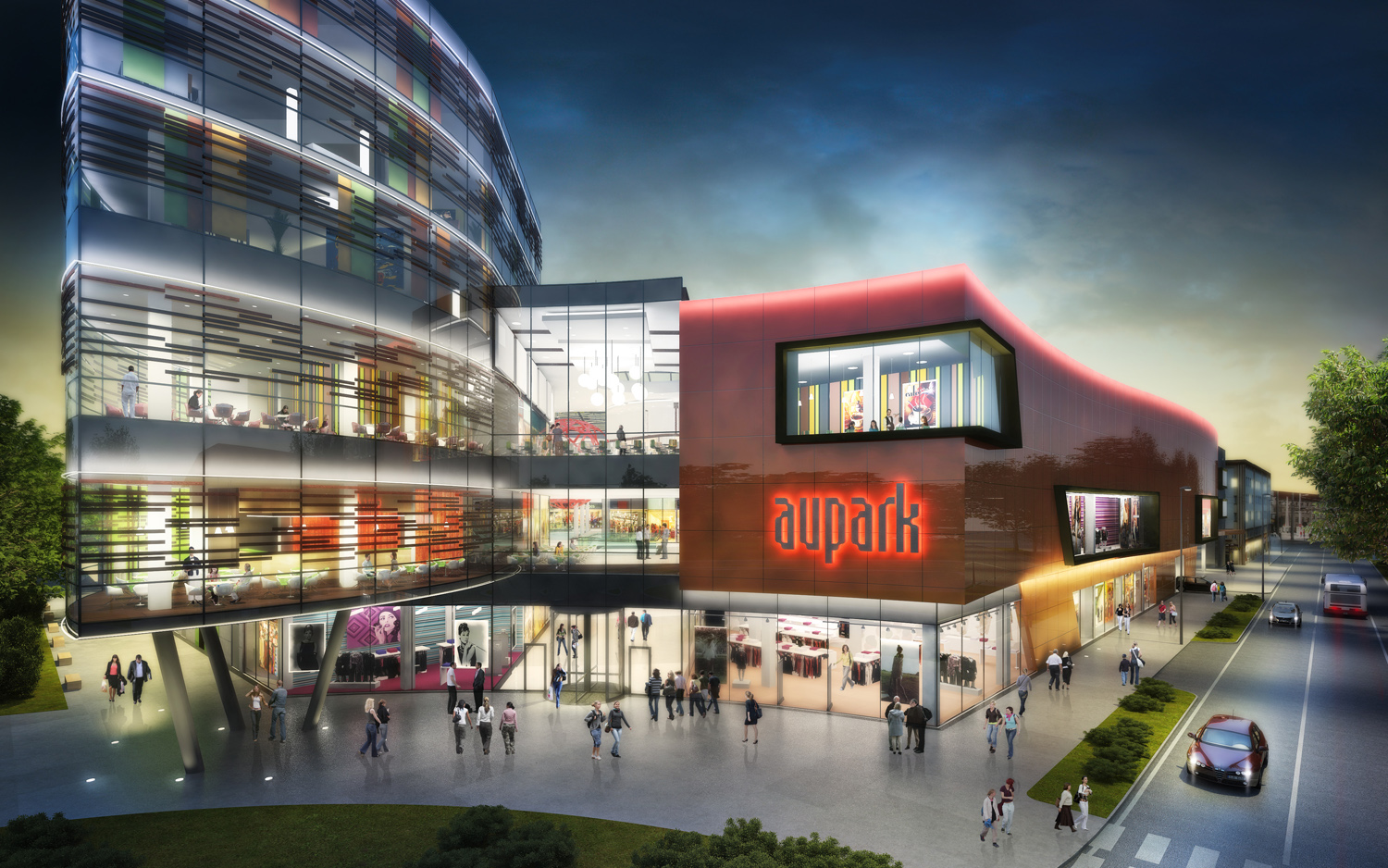 The HB Reavis development group has obtained the building permit for the construction
of the Aupark shopping centre in Hradec Králové. It plans to begin the work in October.

The project, in the area called “Koruna” at the end of Gočárova třída in the city centre, will not only offer shops on a total leasable area of more than 20,000 sqm and almost 1200 parking spots upon its completion in the autumn of 2016, but it will also expand the spectrum of services, entertainment and leisure activities in the East Bohemian city.

According to Robert Ullman, the Development Manager of HB Reavis CZ, the company
will begin the demolition work on the existing building on the site of the future construction during the course of October. This will
be followed roughly a month later with the construction itself, which will last approximately two years. The general contractor is HB Reavis Management CZ.

The construction of the Koruna roundabout, which the developer will be coordinating
with representatives of the city of Hradec Králové, will also take place simultaneously with the work on the shopping centre.

With regard to the project Olga Humlová, the Director of HB Reavis CZ, commented: “Hradec Králové has long ranked among the leading cities where Czechs would most like to live. This is also due to the quality infrastructure, which we would like to help expand. Thus we are pleased that our first Aupark project in the Czech Republic will be built in this city. All the Auparks that we have opened so far in Slovakia, from Bratislava to Košice, are very popular and sought after. Our goal is for Aupark to be the same in Hradec Králové, where
it symbolically completes the original First Republic urban concept of the city and also becomes a worthy symbol of a new era of development.”

She wants Aupark’s future appearance to continue in the best tradition of Czech architecture, represented in the city by buildings from Josef Gočár and Jan Kotěra. The striking façade of the new building, the height of which conforms to the requirements of the city’s Head Architect, will become a natural dominant feature of Hradec Králové’s shopping street,
where thousands of people pass daily on their way from the adjacent bus and train stations
to the city centre and back.

Aupark’s cleanly designed interior places an emphasis on as well lit, inviting and inspiring
an environment as possible. It is based on the principles of the latest-generation shopping malls, which meet the wide variety of needs and requirements of the inhabitants of a modern city.