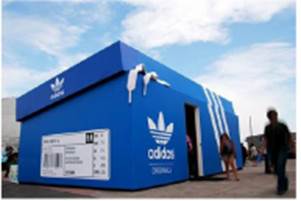 How technology impacts the shopping experience in the CEE region? – EuropaProperty

Retail has been one of the best performing sectors in the Central Eastern European (CEE) region since 2009 and as retailers fight to gain a larger foothold, many are employing new technologies and designs into their store format to remain competitive in what is now an increasingly digital-driven retail landscape, according to new research released by Colliers International.

With the rise of mobile technology and e-commerce demand, subtle changes have been occurring to the retail store layout in the CEE region. Over time we believe this will increasingly impact the store size or footprint. The bricks-and-mortar format has begun to look different to the store of five years ago and distribution channels are no longer singular or even multi – they are fusing.

Damian Harrington, Regional Director of Research for Colliers International, Eastern Europe, commented: “Developing technologies have been a critical element in driving changes in the retail store format but other factors such as declining consumer discretionary spending, increased business costs and even corporate social responsibility are playing a role in this evolution.”

According to the report, in 2009, household disposable income in the CEE region declined on average 6 percent, with annual growth rates only rising on average 2 percent post-crisis, compared to more than 10 percent annually pre-crisis.

Consumers are seeking greater value, greater access, greater transparency and greater convenience when they shop. While some of this is price-driven, the advancements in technology during the last five years have intensified the desire for a better service experience. As a result, more retailers are citing investment in capital expenditure towards implementing and/or upgrading technology and infrastructure models for their business, in particular to move into the multi-channel / omni-channel shopping space.

“This is an important shift in the operating model. As retailers become more sophisticated in supply-chain and inventory management, occupational demand for the logistics and distribution sector is intensifying. We have already begun to see evidence of smaller ‘hub and spoke’ distribution models take shape within the core CEE markets as e-commerce demand has buoyed,” said Harrington.

According to the report, industrial take-up from occupiers specialising in e-commerce has increased fourfold, from 1.9 percent in 2011 to 9.1 percent in 2013.

In the store, marketing efforts are now more closely related to technology, digital engagement and understanding how to collect and use big data analytics. However, the extent to which this is impacting the physical layout of the store is yet to fully materialise.

In terms of physical changes to the store model, no major changes have been observed to the size of the retail store in the CEE region for the fashion and grocery sub-sectors. However, some retailers selling brown or white goods have already transitioned to a showroom style bricks-and-mortar store, typically on a smaller floor-plate where consumers can browse in-store and then order online.

Technology kiosks are a common feature in-store, such as tablets and touch-screen computer terminals to check inventory, and there is a greater emphasis on entertainment and leisure services within shopping centres, particularly in Russia and Poland.

In future, as retailers decrease the size of the inventory held on-site, and rely on sophisticated supply-chain efficiencies to deliver consumer demand for stock held off-site, the size of the store floor plate may shrink. This could lead to a further repositioning of shopping centre layouts and the balance between retail and entertainment uses.