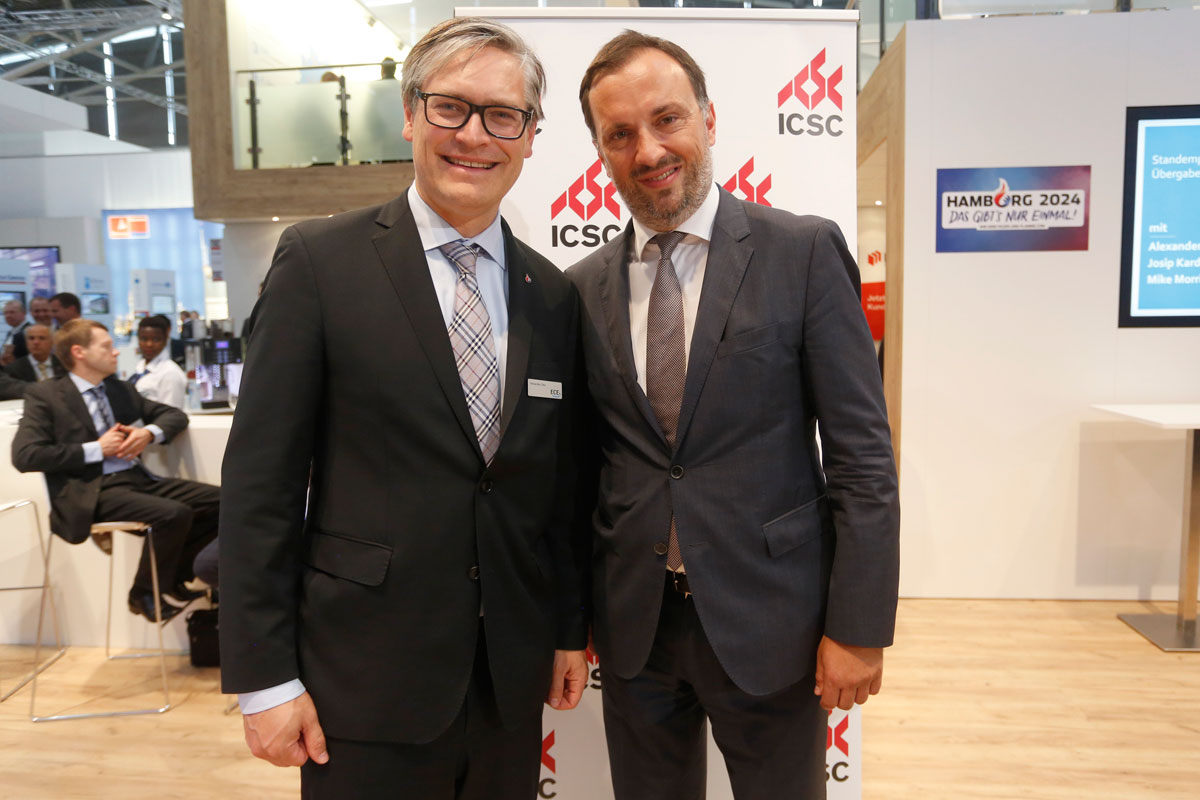 The International Council of Shopping Centers (ICSC) has announced the appointment of Josip Kardun, CEO of the Atrium Group as the new Chair of ICSC’s European Advisory Board.

The official handover from Alexander Otto, CEO of ECE Projektmanagement to Josip Kardun, is taking place this week at ICSC’s European Advisory Board meeting in Munich.

Commenting on his appointment, Josip said: “I am honoured to succeed to Alexander Otto. I look forward to this new challenge and to making the retail real estate industry in Europe even greater.”

Josip has been a member of the ICSC European Advisory Board since 2008 and its Vice-Chair since January 2015. He has also been a member of the Executive Committee since 2011 and served as Chair of the ICSC European Next Generation Advisory Group from 2008 to 2013. Josip joined the Atrium Group in February 2014 and was promoted to Chief Executive Officer in December 2014 after gaining experience in Atrium’s international real estate development, construction and operation, and in their senior management team. Mr. Kardun joined Atrium from European retail property specialists ECE Projektmanagement where he worked for seven years in a number of senior positions including Chief Investment Officer and Head of the Mergers & Acquisitions and Transaction Management Group. Prior to joining ECE, Josip was General Manager at Sierra Management Germany GmbH, part of the international shopping centre development and management group Sonae Sierra.

During the past three years of Alexander Otto’s chairmanship, ICSC has seen great development and grow its European membership from under 2,000 to over 7,000 today. This is even more important, as our industry can speak with a much louder voice now, particularly at the European Parliament. In order to strengthen the industry’s position with the EU we have to rely on facts & figures, so research has been a crucial part of ICSC’s work under Alexander’s chairmanship and a number of important European research projects have been completed in the recent years.

Alexander Otto, Chair of the board from 2012 to 2015 commented: “I am pleased that Josip Kardun is taking over the role of Chair. Our members will definitely benefit from his expertise and I trust him to achieve the best for our industry and for ICSC in Europe and across the world”.

Mike Morrissey, Executive Vice President of ICSC said: “It has been a pleasure to work closely with Alex over the past years and seeing his successful leadership of the European Advisory Board. We look forward to Josip’s involvement as our new Chair, with all of his enormous industry and ICSC experience.”