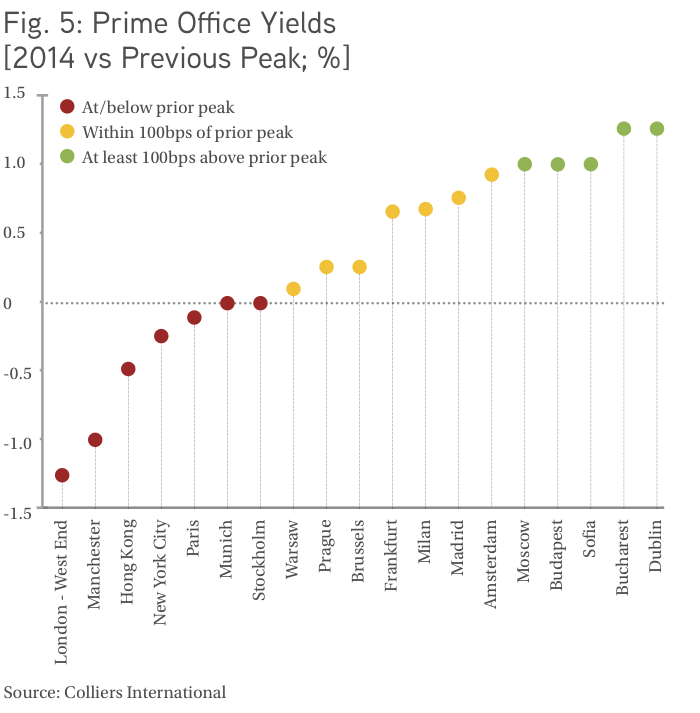 The Russian Central Bank’s cut in the key interest rate to 14 percent along with the relative stabilisation of oil prices and the national currency in the first quarter of 2015 improved the Russian investment climate and allowed investors to close several unique deals in the Moscow commercial real estate market under advantageous conditions. The total volume of transactions involving quality assets in Russia amounted to $520 million.

Major transactions include the purchase by the US investment firm Hines of one of the three office buildings of the Metropolis complex (the deal is estimated at $150-180 million), as well as the acquisition by Capital Group shareholders of the right to build a mixed-use complex on the Sofiyskaya Embankment (asking price – RUB 9 billion). The completion of the deal with Hines drove up the share of foreign investment to 30 percent (up from 18 percent last year). Nonetheless, the Russian real estate market traditionally remains a largely local market, and demand is focused on quality properties in Moscow, which accounted for 83 percent of all deals.

In the first quarter of 2015, the actual volume of transactions decreased, which is to be expected in the current conditions. The investment volume for the Russian market totalled $520 million, which represents a 20 percent decline from the same period in 2014. The commercial property market in Moscow reached $430 million. Investor interest was highest in the office segment, which accounted for approximately 60 percent of the total investment volume, attracting $316 million. Approximately $180 million was invested in land for mixed-use development while investment in warehouses totalled 18.2 million.

Stanislav Bibik, Executive Director, Head of Capital Markets, Colliers International Russia: “The rapid development of the Russian real estate market in the preceding years and the accumulation of deferred demand means that following market stabilisation instead of a prolonged stagnation we can expect a return to growth. The decisive factors for development will be growth in energy prices, stabilisation of the geopolitical situation, further decreases in the cost of credit and renewed interest from Western investors. It follows that throughout the course of 2015 we may observe an increasing number of transactions closed at new price levels, which will serve as a catalyst for market growth in the future.”