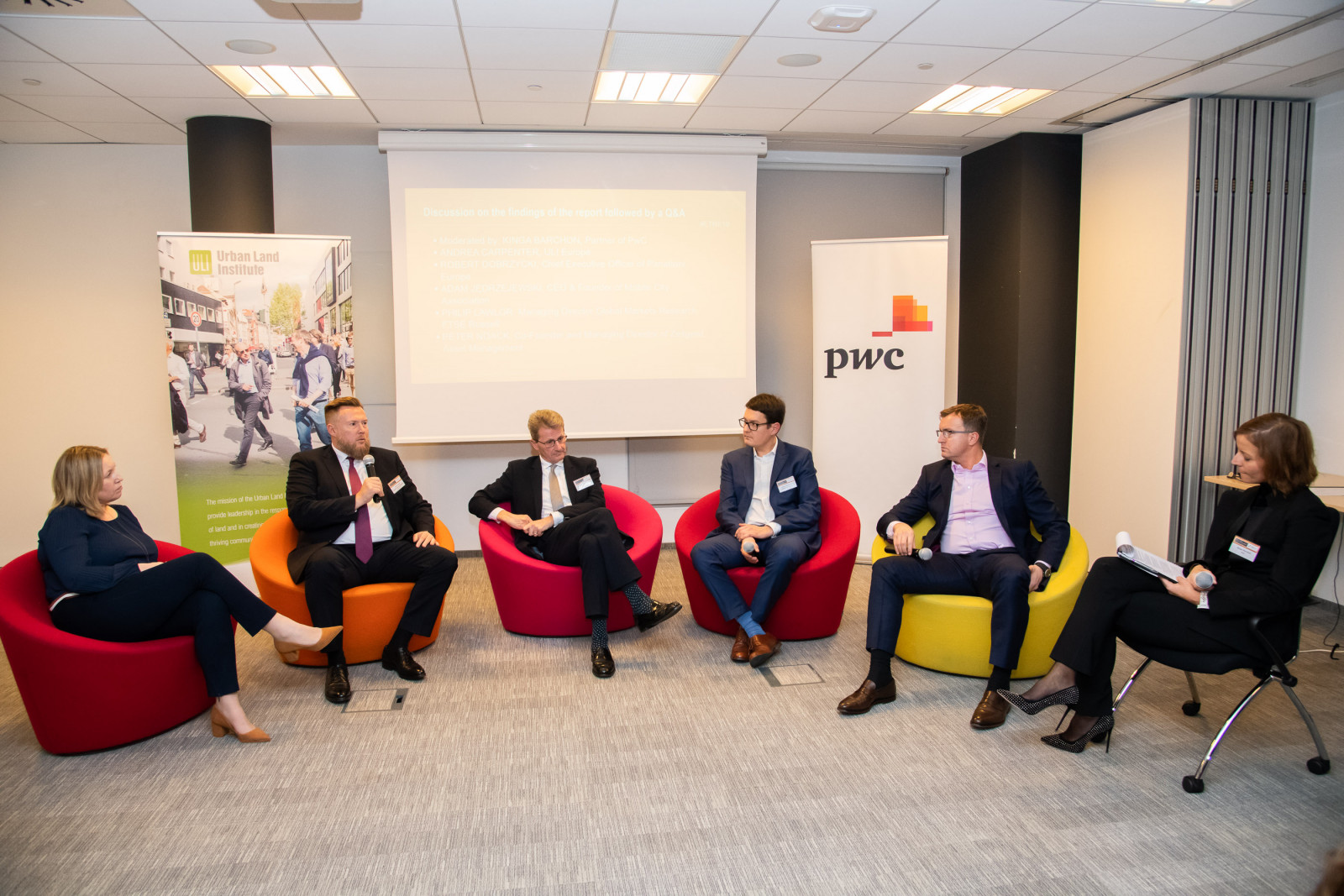 With interest rates set to stay lower and bond yields falling, European real estate invariably attracts investors, especially when compared to other types of assets. Availability of finance is high, and investors are getting more and more interested in logistics facilities as well as in alternative properties. Mobility trends and climate changes also have more significant influence on investors’ approach. Cities that offer the highest market liquidity and stability are particularly on the radar, with Warsaw ranked 14th among the top 31 promising European agglomerations.

Now in its 17th edition, the Emerging Trends in Real Estate® Europe 2020 report prepared by PwC and the Urban Land Institute is based on insights from over 900 real estate industry professionals, including investors, developers, financial experts and consultants. More than two-thirds of them found rising construction costs to be the greatest challenge in the coming year. 81% of survey respondents named international political instability among key risks at the macroeconomic level. Nearly 60% are also concerned about the political situation in specific countries, e.g. the United Kingdom and Germany.

Furthermore, more than two-thirds of survey respondents stressed the environmental risks involved in their business growth as well as mounting pressure from institutional investors to implement relevant initiatives in this regard. Also evident is a growing awareness of climate change risks, with already almost half of the respondents claiming that climate change has become a greater risk within their portfolio, and 73 percent expecting that risk to become greater over the next five years.

“2019 has been a year of contrasts. While global economic growth forecasts have witnessed a significant deterioration, global equities have performed extremely well with European equities one of the best performing global regions year to date. Within Europe, Poland has garnered a lot of attention following its upgrading from Emerging to Developed Market status in 2018 by FTSE Russell. The catalyst behind the rally in risk appetite in 2019 has been global central banks reversing policy, moving back to a stance of monetary accommodation. With the ECB re-starting quantitative easing the hunt for income has once again come to the fore for investors with the yields and income growth potential of Real Estate generating a lot of interest,” said Philip Lawlor, Managing Director Global Markets Research at FTSE Russell, during the Polish launch of the report.

The most promising cities in Europe

This year’s rankings of the top-rated places to invest capital in reflect investors’ relative caution and focus on stable and mature markets. Paris took the top spot, with experts believing the city is growing in importance not only because some companies plan to relocate ahead of Brexit but also thanks to the Summer Olympics set to take place in the French capital in 2024 as well as a comprehensive urban development project known as “The Grand Paris”. Political and economic headwinds notwithstanding, the list still includes the largest German and British cities. Similarly, supply and demand dynamics make cities such as Amsterdam and Madrid highly-rated picks.

Under new assessment rules, which offer a more reliable comparison between markets of varying size and liquidity, Warsaw came in 14th, higher than any other cities outside Western Europe listed in the rankings. Warsaw’s office and logistics properties are especially valued.

The boundaries between traditional and alternative real estate are being blurred

Logistics properties once again top the rankings for the most popular assets in Europe, with demand driven by the dynamic growth in e-commerce. As many as six out of ten spots on the list were taken by buildings that meet the residential needs of various generations of users. Notably, special attention in the commercial sector is given to schemes that may evolve towards mixed-use projects, especially in downtown districts.

“There is a growing number of projects in the industry that involve or enable a change in function during the lifetime of the building. This trend will strengthen in the coming years. Changing the use of assets is simply profitable and is an increasingly sought-after option for many investors. It is also worth noting that for some investors alternative segments of the real estate market, such as student housing or long-term care homes, together with logistics facilities, have become the area of main attention and will be highly desirable asset classes in 2020,” says Kinga Barchoń, Partner at PwC Poland, Leader of Advisory Real Estate Team.

About 80 percent of ULI and PwC survey respondents named the broadly defined transport infrastructure, including mobile solutions, as the key factor that determines the potential of a given location in investment decision making. Rental services for bicycles, scooters and electric vehicles not only change the traditional model of how cities and their transport networks are planned but also are perceived as elements that boost the appeal and expand the functions of specific projects.