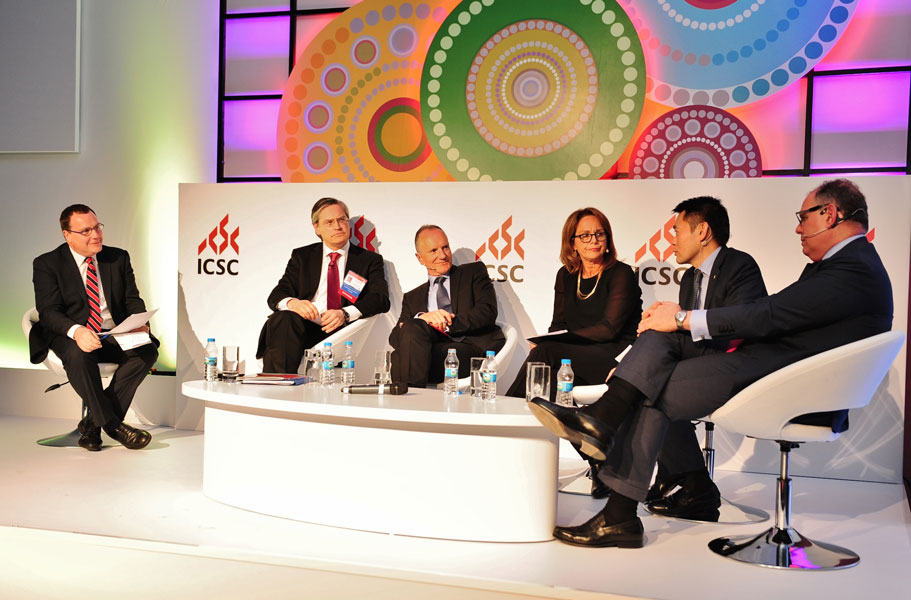 It’s all about the brands, say European CEOs at ICSC Conference – EuropaProperty

A shopping centre’s personality is largely dictated by the brands within it, according to the leaders of five of the world’s most successful shopping centre owner and development companies, but other factors are critical to deliver an attractive centre for shoppers, retailers and investors.

“Ultimately a shopping centre is about the brands, that’s why our customers come,” said Unibail-Rodamco’s Cuvillier. “Brands existed before shopping centres. Now internet sales have changed the game and we have to be more innovative than ever before. If customers can stay at home and shop, we have to give them something they won’t get elsewhere, something extraordinary or unexpected, and that means attracting the brands that others don’t.”

Julia Calabrese of McArthurGlen added: “Brand partners and brand partner relationships are critical, but the consumers are more savvy and sophisticated. We need to be more creative and intuitive to not only get the brands in but also offering a new experience to consumers when they come into our centres.”

Bill Taubman said: “The consumer is evolving as society is evolving and that’s impacting on every area of what we do. No one really knows where the future may be, online and offline are converging in a way that we can’t really predict. Will we be selling Google glasses? Will eBay make watches with Paypal embedded? The convergence will make things happen that we don’t even know today, and some of what has always been true will no longer be true.”

In the fast-growing Asian shopping centre market, families expect personalised service, according to Lim Beng Chee of CapitaMalls Asia Limited. “In Asia we tend to shop with the whole family, which could include six or seven members and three generations. Each member of the family expects to be engaged and involved, and the successful centers focus on providing something that will satisfy the needs and wants of each member of the family.”

That attitude is not so far away from the philosophy of ECE Projektmanagement’s Alexander Otto. He explained: “Yes the key changes are electronic and mobile devices which are a means for people to compare prices and get information, and yes that has led to a change in behaviour, but for us it’s also about building a relationship with the local community and we do that early in a shopping centre’s development. We try to get the community involved, sometimes even to the extent of inviting them to name the centre.”

Otto also thinks that mid-sized shopping malls, which many think have had their day in favour of the super-sized malls, do have a future – in Germany anyway. “Germany is not a centralised market. We have many regional cities that have an attractive lifestyle and there are opportunities there for the right type of mall.”

The internet creates the opportunity for research which informs the shopping trip which then informs internet research, according to Taubman, but the key thing is that the shopping centre is part of the value chain that services the consumer, and it’s the shopping centres which up their game which will see results. “We have signed a group of leases recently with an upscale hardware and home furnishings store which trades across Canada and USA. This retailer is now building 50,000-square foot stores because it found that by having bigger physical window space, it sells more on the web with its stores promoting the brands. This is also a sales opportunity for the stores as a whole.”

With more examples of increased sales, and with shopping centre footfall rising, according to a brand new ICSC European Shopping Centre Footfall Survey, which recorded like-for-like footfall rising by 1 percent in 2013, this could be the start of retailers rethinking their attitude to bricks and mortar stores.

ICSC’s annual European Conference was held in Istanbul. Over 600 delegates from 40 countries attended.