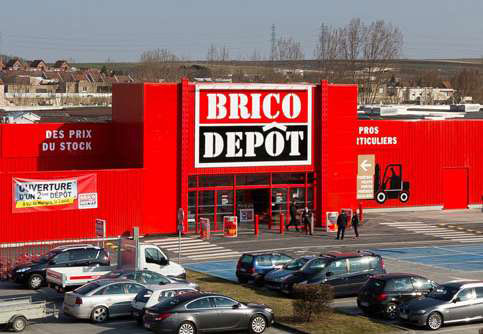 British group Kingfisher, which bought the 15 Bricostore shops in Romania last year, will open the first shops re-branded as Brico Depot on March 14, according to Romanian media.

The retailer recently started a promotional campaign, with a teaser announcing a ‘revolution on the do-it-yourself and home design’ front, under the slogan Depocratia.

The store re-branding started out with two shops in Bucharest, at Orhideea and Pantelimon, one near Carrefour, and the other near a Cora shop. Remodeling the two units under the Brico Depot would thus be a pilot project for the rest of the chain.

Kingfisher bought the 15 Bricostore shops in Romania from French group Bresson, in a deal estimated at some €75 million last year.

Four of the stores are in Bucharest and most are located within retail parks alongside retailers such as Auchan and Cora. The group believes there is a “strong DIY culture” among Romanians and states that the local market has trebled in size since 2005 to value some €1 billion in 2011. Bricostore Romania recorded sales of €131 million in 2012 and EBITDA of €5 million, according to Kingfisher group.

Along with the suggestions of future expansion, Kingfisher refers to the apparent success of the Brico Dépôt brand in France and Spain, where the stores are a common sight in retail parks.