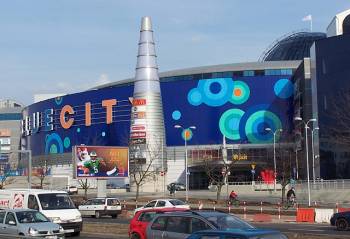 A new salon of Trespass, one the biggest Scottish outdoor clothing brands, will open in the Blue City shopping centre in Warsaw. Knight Frank acted on behalf of the tenant during the lease negotiations. Colliers International represented the owner of Blue City.

Trespass has leased 160 sqm. The brand puts great focus on the modern and nature-inspired interior of the salon which was designed by ARS Retail.

‘The new salon in Blue City will be a great complement to the presence of the clothing brand in the capital, where the brand already has its two salons in the shopping centres in Annopol and Ursus. Thanks to the new salon, Trespass’ rich offer will be available in the city centre, with the range of garments far wider than in outlet shops. The salon will also offer the sporting clothes collection for kids which will be a big value added to the shopping centre’s offer,” said Kinga Zabłocka, Leasing Manager in the Retail Agency at Knight Frank.

Apart from salons in Warsaw, Trespass plans to open more regular shops in the rest of major cities in Poland as well as smaller tourist resorts in the south of the country this year.