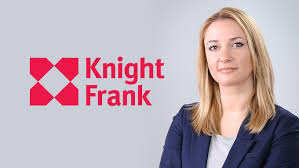 Fair Play, kindergartens operating in office properties, will open new branches in Kraków and Warsaw. The new location in Kraków will occupy 263 sqm in Equal Business Park. The second location in Warsaw will operate on 343 sqm in the Grojecka 208 building. Knight Frank acted on behalf of the tenant in the leasing process.

Fair Play is a private kindergarten network, created for parents who want to ensure best care and education for their children. With nine branches in total, the network operates in Warsaw and Kraków. Fair Play kindergartens underline the importance of sport in education. The opening of the chain’s new branches in Equal Business Park in Kraków and in Grojecka 208 is planned until the end of 2017.

“We are pleased that Fair Play kindergartens decided to operate in new locations in Warsaw and Kraków in the coming years,” said Kinga Zabłocka, Leasing Manager in the Retail Agency at Knight Frank. “Tenants keep asking us about the availability of such services in office properties. As a company which goes the extra mile to cater to the needs of even the most demanding tenants and landlords, we decided to closely collaborate with a network that can be trusted thanks to its individual approach to children and top-class level of services.”

Paweł Kusek of Fair Play added: “We will open our second kindergarten in Warsaw. Fair Play’s first branch in Warsaw is located in Poleczki St. Our branch in the Grojecka 208 building will open in a far more central location. We found it together with Knight Frank, in response to the demand of tenants and dwellers of the nearby settlements. Fair Play kindergartens are present all around Kraków. We are planning to progress on the same level in Warsaw, Gdańsk, Łódź and Wrocław.”

The signed lease agreements form an element of the strategy to diversify functions of business premises, implanted in office properties by Knight Frank’s Retail Agency. Its aim is the broad introduction of business premises attractive for tenants. This, in turn, will support property owners in commercializing mixed-use properties and serve as a value-added to the property.