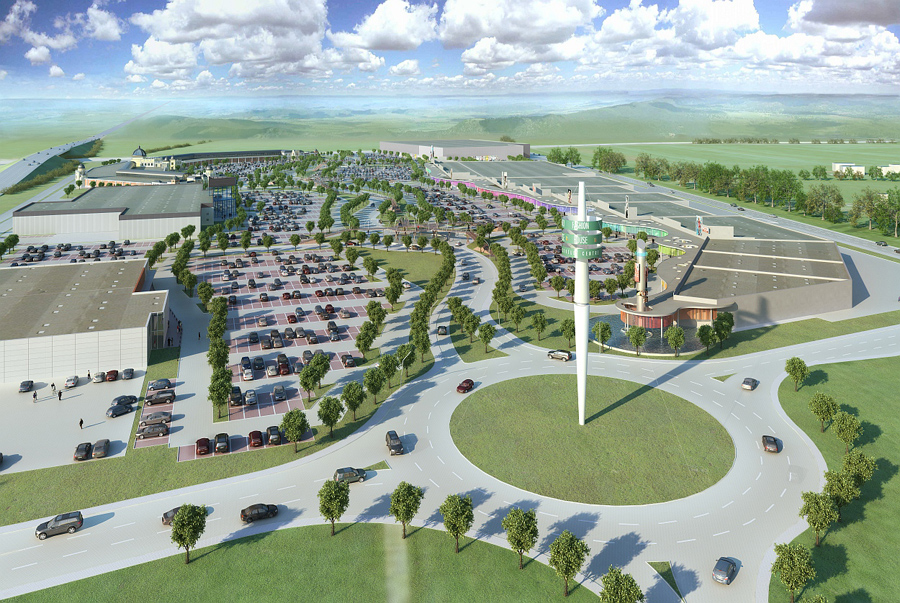 Liebrecht & wooD has been a pioneer of modern real estate development in Europe and, particularly, in Romania. The company has invested around 200 million euro in Romania to date and its portfolio of completed projects includes properties totalling 115,000 sqm of office and retail space. Liebrecht & wooD Group has a landbank of around 280 hectares in Romania and is currently working on developing new, pioneering projects which will change the local real estate landscape.

The story of Liebrecht & wooD Group began in 1991, when the company started its operations in Belgium. Two years later, its founders – Patrick Van Den Bossche and Marc Lebbe – driven by their unique vision on real estate, saw immense potential in Central and Eastern Europe, which were then facing times of intensive political, social and economic changes. Ten years after its foundation, the company set foot on the Romanian market, which has since become a strategic pillar for its future expansion in the region.

“When visiting Romania for the first time, we knew immediately that it was an ideal place for people with ideas to co-create a modern real estate market. Faced with the beginning of a new millennium, Bucharest was visibly undertaking its own transition to a new development era – the office landscape was scarce, few reputed retailers were established and major international companies were just starting to enter the country. The real estate supply was low and both quality and efficiency of existing buildings rather questionable. Implementing our different vision on real estate into the Bucharest market was a bold move,” said Patrick Van Den Bossche, Managing Director, Liebrecht & wooD Group.

Poland was the first country outside Belgium in which the Group set its operations, in 1993. The first years resulted in delivering several successful office projects located in previously unexplored parts of the Polish capital city. The pioneering spirit continued after FASHION HOUSE Group was established as an entity dedicated to the development and management of outlet centres, and first three schemes of this type operating under the FASHION HOUSE logo were opened. On the other hand, opening of the Warsaw’s office-retail complex Plac Unii in October 2013 proved the firm’s ability to develop high-rise buildings appreciated by the most demanding international tenants. The enduringly innovative company is now focused on development of another extraordinary project – Centrum Praskie Koneser in Warsaw – one of the largest revitalized mixed-use schemes in Poland.

Liebrecht & wooD Group’s market debut in Romania was in 2001, following the same daring strategy of approaching less explored areas as in the case of Poland. The company started development of Militari Shopping Centre in the west of Bucharest, 500 metres away from the entry to the country’s first and only highway at that moment. The project opened in 2003, and was successfully sold only one year later to an international investment fund.

A second development in the capital of Romania represented one of the largest office schemes on the market – Victoria Park, a 20,500 sqm office building located in the North of Bucharest, close to the Baneasa International Airport. Victoria Park was delivered in 2006, sold one year later to a major international investment fund and continues to be, now in its 10th year of existence, one of the landmarks of modern office development in the capital city.

In 2007, Liebrecht & wooD launched another daring project in the west of Bucharest, built on a land plot with direct access from the A1 highway. As initially conceived, West Park Retail is today an important shopping and lifestyle destination in Bucharest, including the one and only professional outlet centre in Romania – FASHION HOUSE Outlet Centre, as well as several big-box units with unique offers on the local market, such as the only Kika store in Romania, Casa Convenienza, Hornbach or Proges. The project attracts millions of customers each year and recently posted record-breaking key performance indicators.

“When opening FASHION HOUSE Outlet Centre within West Park Retail in Bucharest, in 2008, not only the first outlet scheme was launched in Romania, but also a completely new retail concept of locating outlet centres within larger retail parks. Thanks to intensive efforts, in less than 15 years we have become the leader of the outlet centre market in Central & Eastern Europe and particularly, in Romania. Today, enriched with knowledge and experience, we still see possibilities for growth and will continue our expansion, not only expanding projects in our portfolio, but also planning new investments,” said Brendon O’Reilly, Managing Director FASHION HOUSE Group.

At present, Liebrecht & wooD Group is recognized as one of the leading real estate developers in Romania, while FASHION HOUSE Group remains the only outlet developer / operator on the market. The company has 20 employees in Romania. In total, Liebrecht & wooD Group has delivered circa 115,000 sqm of office and retail projects since its launch in Romania, corresponding to a total investment volume of 200 million euro. The group was also actively involved in improving the infrastructure of all areas in which it operates, which led to the creation of new access roads that many Bucharest citizens can now benefit of.

“Romania is a thriving country which will see massive development in the next decades. 15 years after our debut, we can say with confidence that entering the market was one of the best business decisions we could have taken. We are certain that engaging in our future developments will also be a success and we are eager to disclose the novelties as soon as they are ready. Liebrecht & wooD Group has built a position of a strong company with a wide range of expertise, going way past typical developer’s know-how,” concluded Sorin Ioan Blaga, General Manager of Liebrecht & wooD Romania.