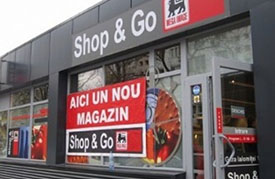 Mega Image, food retailer owned by Ahold Delhaize Group, has recently opened five Shop & Go convenience stores and one Mega Image supermarket in the cities Bucharest, Fundulea and Floresti. With the new openings, the chain has increased its retail network in Romania to 522 units.

The Shop & Go stores range between 77 and 106 sqm in size, while the Mega Image supermarket occupies a sales area of 295 sqm.

Within the South East Europe region, Ahold Delhaize is also present in Serbia, where they have a nationwide network of Maxi, Shop & Go and Tempo stores.