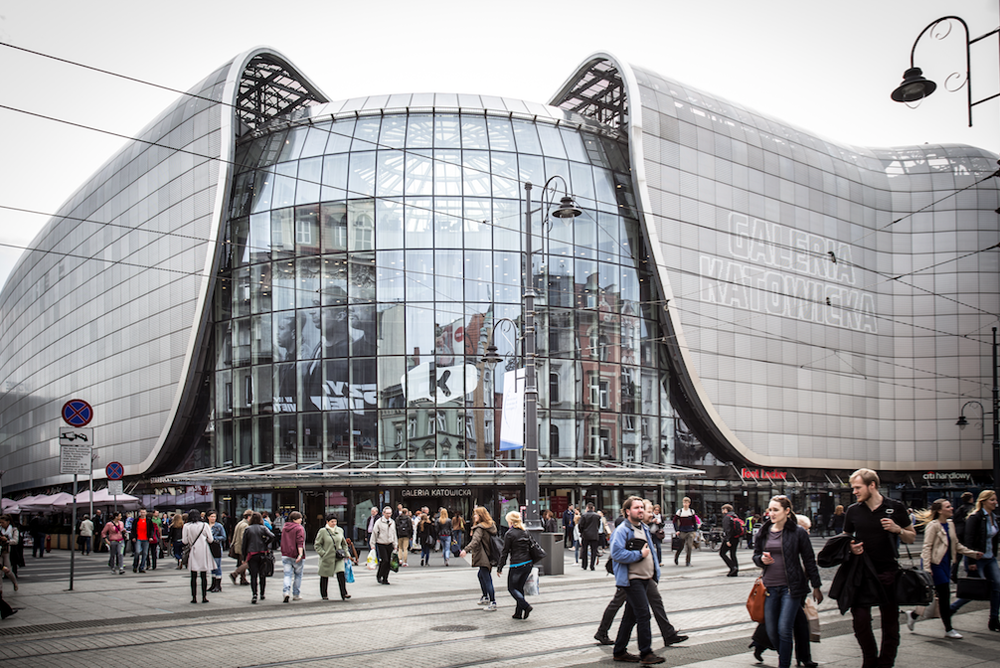 Meyer Bergman, the privately owned real estate investment management firm, has announced the 2016 performance figures for its Galeria Katowicka shopping centre in the city of Katowice in South-West Poland. The 47,500 sqm shopping centre achieved sales growth of some +13 percent when compared to last year, whilst footfall grew by +8 percent, bucking the national trend in Poland which sits at -0.1 percent.

2016 was therefore the third year of consistent growth since opening, and the 2017 performance is looking promising with a total of 25 new retail and leisure deals signed in 2016, taking the scheme close to 100 percent let for the year ahead. The centre has achieved year on year positive growth figures ever since the centre opened in 2013, with sales rising 34 percent and footfall increasing +27 percent from its first full year of operation in 2014.

Meyer Bergman’s asset management team has worked actively during 2016 to strengthen the retailtainment and family offering at the scheme by introducing brands such as Martes Sportswear with a 1,000 sqm store, Matras with a new format multimedia of 500 sqm, Fit4Kids playground 75 sqm and Iskra dance school 190 sqm.

Peter Evans, Asset Manager for Central and Eastern Europe and Vice President at Meyer Bergman, commented: “Meyer Bergman is particularly proud to release these positive figures for Galeria Katowicka. Poland is a growing retail market, with our scheme continually attracting both national and international brands looking to expand within the market. This shows the real confidence these retailers have in our centre. Announcing our 2016 performance is just one of the many exciting pieces of news we have for 2017, and is an excellent way to start out the year.”

Further evidence of Galeria Katowicka’s strong performance is the centre’s loyalty programme which attracted 17,500 new members in 2016 and the scheme’s mobile app ‘Navishopper’ rewarding customer spend – downloaded by over 32,000 people over the year.

Ilona Szafer, Asset Manager at Meyer Bergman, commented: “2016 has been a great year for Galeria Katowicka, with initiatives such as our loyalty program proving the scheme has strengthened its position across the whole region of Silesia. The team has worked hard to achieve these results by introducing a multitude of new brands to the scheme and diversifying the tenant mix even further.”

Meyer Bergman worked in conjunction with Apsys on the leasing deals at the centre.