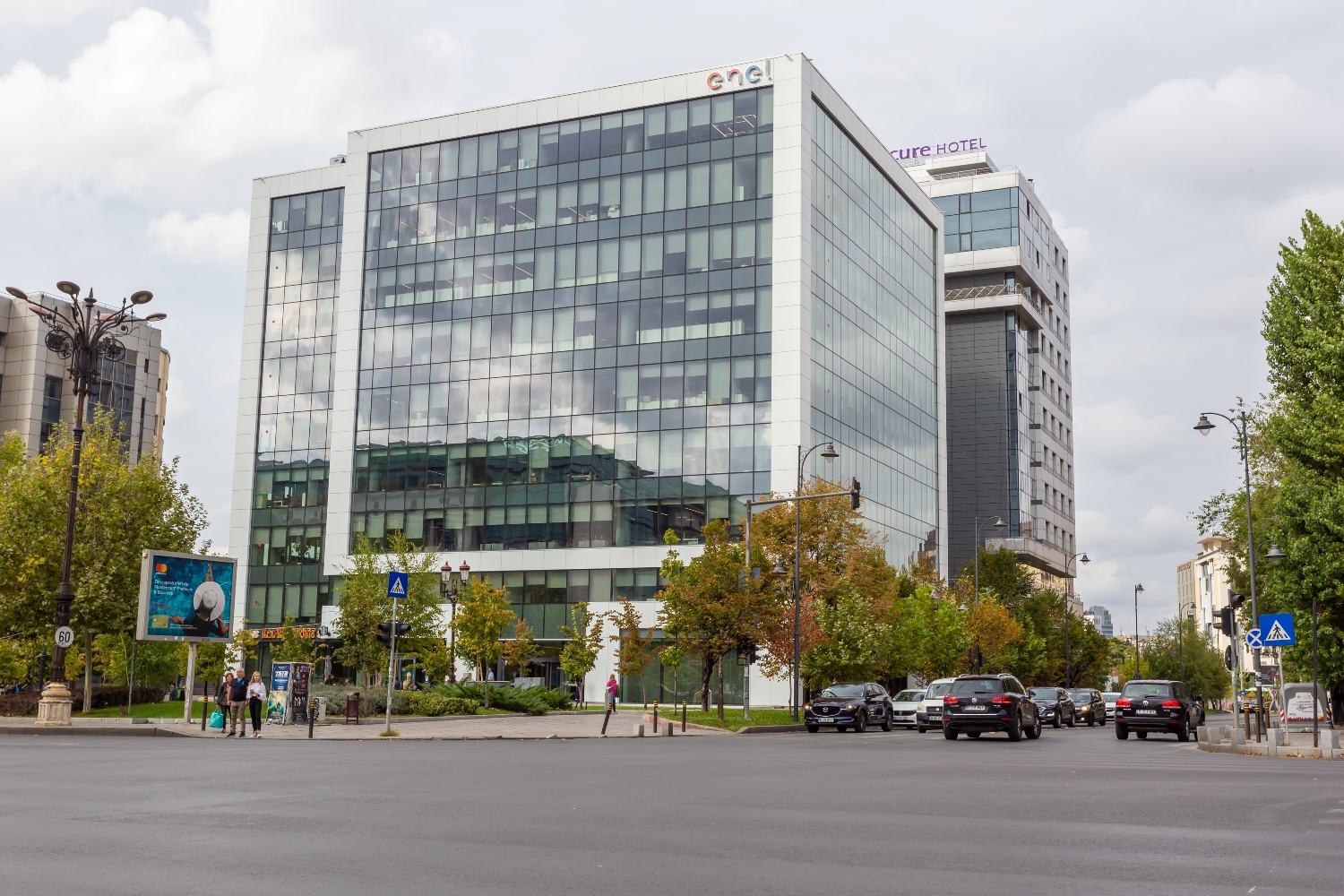 Corporate Finance House Group (“CFH”), a Middle Eastern investor, has acquired the holding structure owning Day Tower office building in Bucharest, developed by Dimitris Mourkakos of Day Group (the seller) and completed end of 2018. The Investor was advised by Savills on its first investment in the country; the developer was assisted by Crosspoint Real Estate.

Day Tower is a brand new, grade A office building, close to the historic centre of the city, in the immediate vicinity of the National Library of Romania and Bucharest City Courthouse, and close to the Palace of Parliament Building, the second largest administrative building in the world after the Pentagon. The building hosts under a long-term agreement the country headquarters of Enel, a global leader in the energy sector.

The building has been certified with a BREEAM rating of “Excellent”.

Chris Gillum, Head of Offices, Savills Regional Investment Advisory EMEA, says: “This is our client’s first investment in Bucharest, predicted to be one of the top ten fastest growing European cities over the next five years. This follows an increasing trend we have witnessed in the market, of international capital targeting the yield premiums available in the CEE markets. Day Tower is a high-quality asset in the central area of the city which is well let and will undoubtedly benefit as the district continues to develop.”

Codrin Matei, Managing Partner, Crosspoint Real Estate, says: “This transaction marks the entry into a new stage of development for the investment market in Romania. The transaction will further increase other investors and developers’ confidence in the positive fundamentals in Bucharest. The compression of prime office yields we have seen over recent years, as well as the capital diversification will most likely determine an increase of the liquidity and subsequently a re-positioning of the Romanian market, as a destination that can no longer be ignored by large investment funds.”