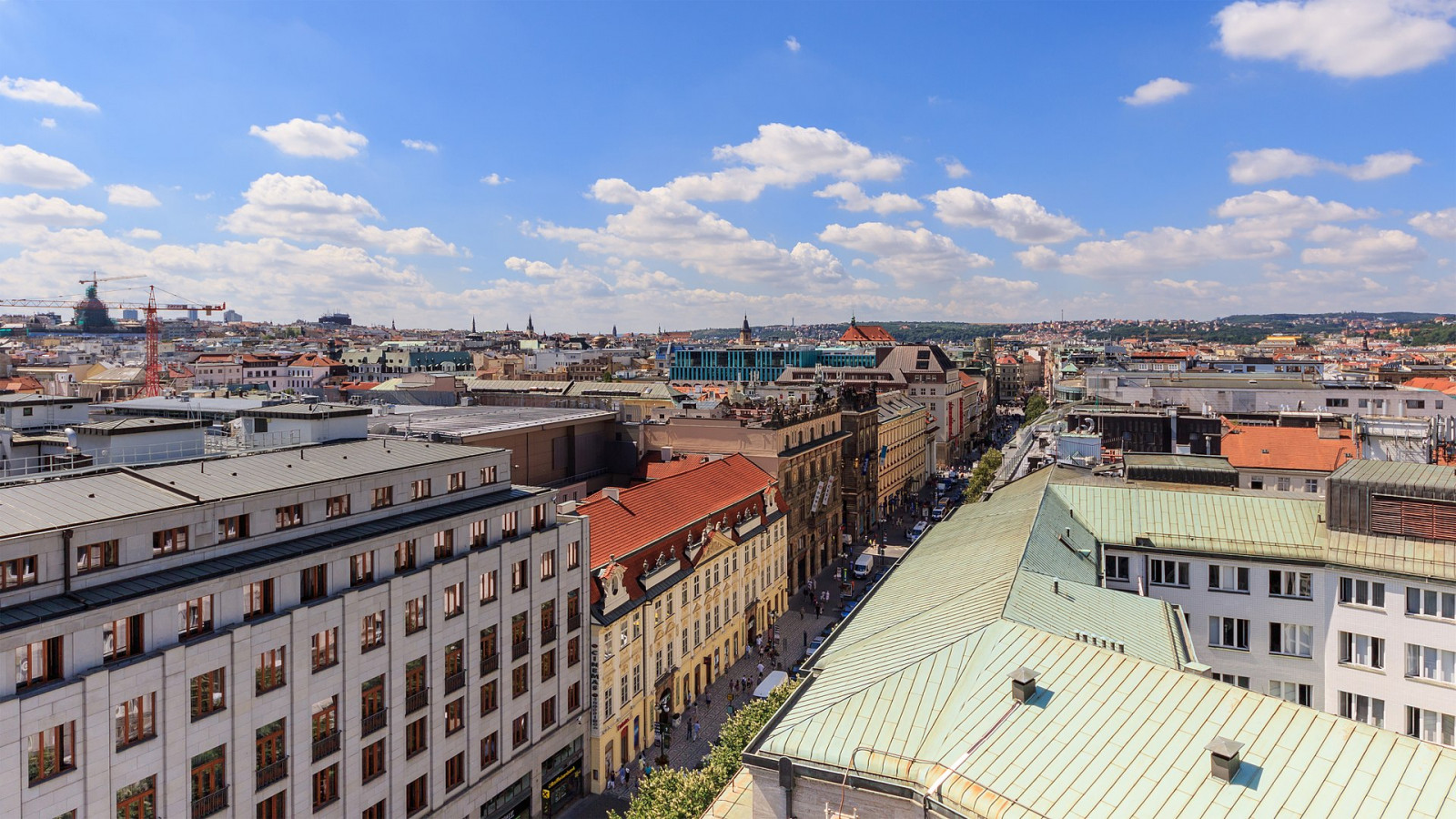 One of the most prominent and architecturally interesting buildings on the street Na Příkopě has changed owner. It has been acquired by Mint Investments for its private clients. The seller was represented in the transaction by CBRE. Mint Investments is currently preparing a major technical infrastructure investment programme to make the building future-proof.

“We are pleased that we represented the seller in disposal of this iconic building on Prague High street. Building enjoys excellent location on Na Příkopě which has profiled over the years into one of Europe’s sought after retail destinations. The retail is currently leased to Deichmann and the top floors are dedicated to offices with an excellent view over Prague’s high street and the Old Town. This is an excellent investment with a long-term value preservation and further future upside,” said Katarína Brydone, Head of Retail at CBRE.

The history of the street Na Příkopě goes back several centuries. As its name suggests, there used to be a moat (in Czech “příkop”) between the old and new town. In 1760, it was filled in, which created the basis for today’s generously designed pedestrian zone. The building on Na Příkopě, which consists of two reconstructed houses (393/11 and 392/9) from 1893 and 1865, has been purchased by Mint Investments. The building first served as a fashion salon, and from the 1950s served as the main address in Prague for exclusive imported foodstuffs. The property was awarded the “Interior of the Year” award in 1997 after an impressive reconstruction designed by Šafer Hájek Architekti. The building provides its occupiers with an exciting contrast between 19th century architecture and modern design, and includes a magnificent atrium with six galleries, glass lifts and a historical stairway. At present, the building comprises 3,000 sqm of prime retail and office space spread over ten floors, of which two are underground. A three-storey retail unit, which is home to a Deichmann flagship store, is complemented by modern office units with panoramic views of Prague Castle and the Old Town.

“Na Příkopě is one of the most prestigious and attractive shopping streets in Europe. The standard and technical infrastructure of the local buildings should reflect that. We are excited about the prospect for our planned major upgrade of technical infrastructure for the building will take it to the highest market level,” added Radim Bajgar, a partner at Mint Investments.

“A number of visitors in Prague has almost doubled in last ten years strongly increasing footfall in Prague high streets such as Na Příkopě. The location will further strengthen once the development of retail project Savarin is completed. Mainly these factors make Na Příkopě Street the most attractive even for investors with the highest demands. Consequently, it was not surprising that we have received a record number of offers both from local and international investors,” said Vítězslav Doležal, Associate Director Investment Properties at CBRE.