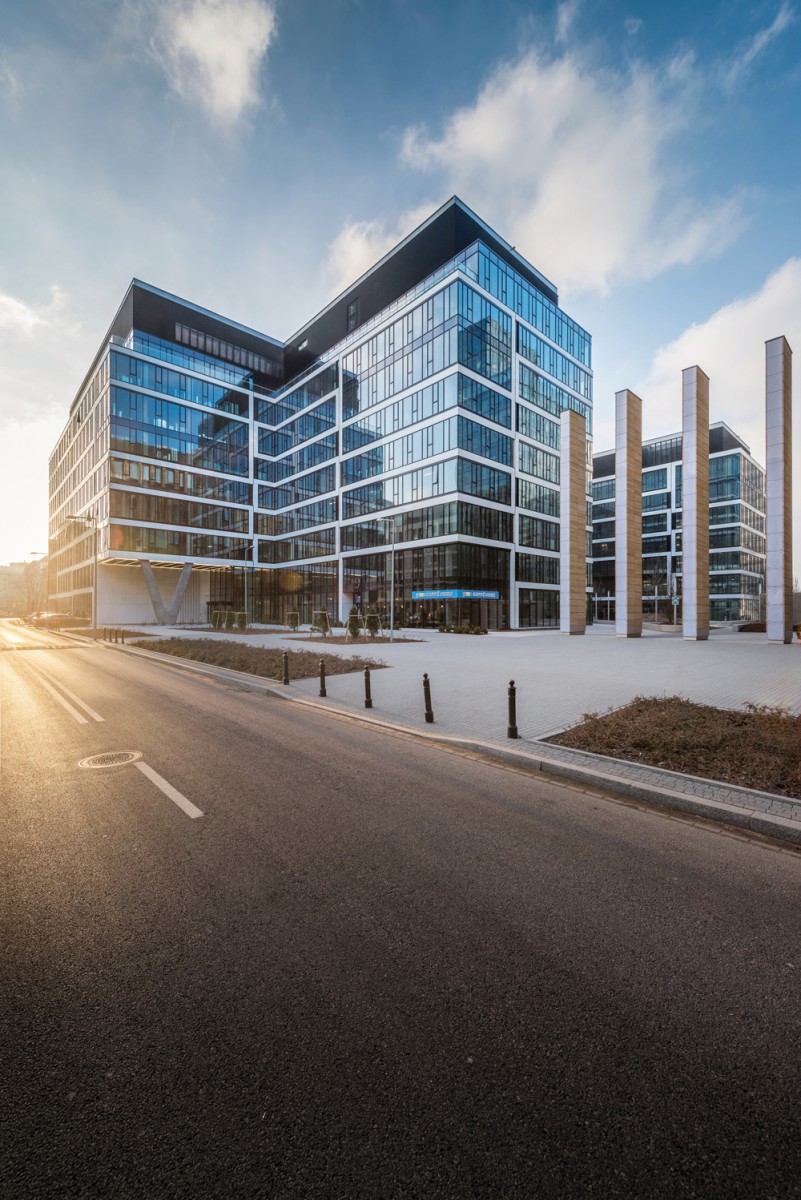 Warsaw with over 5 million sqm of modern office space is the largest market in Central Europe, followed by Budapest with 3.36 million sqm in second position, then Prague with 3.21 million sqm and Bratislava with 1.62 million sqm of modern office stock. All four markets witnessed a surge of demand last year which has further encouraged the construction of new offices for delivery in 2017 and 2018. Across all office markets mentioned, the delivery of new large-scale developments (20,000 sqm+) is expected, particularly in Warsaw.

Warsaw, with over 5 million sqm of modern office stock, is the long-term largest office market in Central Europe. Continued strong demand and large public investment, especially into public transportation infrastructure (extension of the second metro line), has backed a growing Warsaw office market and created a broader offer of locations suitable for office developments. The most sought-after locations are the City Centre, Motoków (Upper South) and South-West, in particular locations such as Daszyńskiego roundabout, Dworzec Gdański and Jerozolimskie Avenue. Demand for modern offices in Warsaw comes predominantly from professional services, manufacturers, IT/Telco companies and banks/financial firms, with a combined share on demand of 74 percent. New office supply in 2016 was 407,000 sqm, with the following largest developments: Warsaw Spire (59,100 sqm), Q22 (46,400 sqm) Gdański Business Center (29,300 sqm) and West Station I (28,700 sqm). Currently, there is 675,000 sqm of modern office space under construction, out of which, 46 percent is concentrated in central locations. The current prime rent in the most sought-after locations in the City Centre area reaches €23.50 sqm/month.

Over the last couple of years, Budapest has ranked in the second position among Central European capitals in terms of modern office stock, which currently totals 3.36 million sqm. Demand for modern administrative space in Budapest was enormous last year and reached 467,100 sqm. The office market is very liquid and new projects launched to the market are quickly gaining tenants´ attention and are often completed with high proportions of pre-leases. In 2016, the Budapest office market saw the delivery of six schemes with a total area of 96,300 sqm. For 2017, we expect 90,500 sqm of modern offices to be delivered and a further 240,000 sqm to be delivered in 2018. The largest submarkets of the office stock are Váci Corridor (with 27 percent of the total stock), Pest Central South (14 percent) and Buda South (12 percent). The prime office rent in premium office buildings is up to €22 sqm/month.

With its modern office stock of 3.21 million sqm, Prague ranks closely behind Budapest as the third largest office market in Central Europe. Last year, Prague’s office market witnessed its lowest ever office supply of 33,400 sqm. This will change over the next two years as there are currently 330,000 sqm of modern offices under construction in Prague, out of which, 171,000 sqm is due to be delivered in 2017. A booming economy has backed strong demand for new office space (gross take-up for 2016 reached 414,300 sqm) and forms grounds for an optimistic forecast for 2017 as well. The most sought-after locations are the easily accessible and established locations of Prague 4 (27 percent of the total stock), Prague 5 (16.2 percent) and Prague 1 (15.8 percent) among which the most office construction is concentrated. The fastest growing submarket is Prague 8 with current supply under construction of 74,400 sqm. The prime office rent for A-grade office buildings in Prague 1 is quoted at €20 sqm/month.

Bratislava’s office market, with a total stock of 1.62 million sqm is registering a significant growth. Currently, there is 230,000 sqm of modern office space under construction, out of which half is already pre-leased. Most of the development schemes are being built in the City Centre (Bratislava I.). Last year, the Slovak capital witnessed the highest office demand since 2008, totalling 233,500 sqm. Demand for office space is driven by professional services, FMCG companies and IT firms. Among the Central European capitals, Bratislava boasts the lowest average office vacancy rate at 6.61 percent and the lowest prime office rents that vary between €13.5 and €15 sqm/month.

“The Central European capital city office markets of Bratislava, Budapest, Prague and Warsaw have each performed well during 2016, particularly in terms of demand. Each of the markets have something different to offer companies looking for new or more office space and can therefore cater to a wide variety of demand. Whether it be the location, quality, availability or cost of office space, these markets can satisfy even the most selective of companies. The healthy levels of new office supply in the pipeline for 2017 and 2018 will ensure that there is a good variety of choice as well. In addition, the fact that these markets offer highly skilled and educated labour and very competitive costs compared to Western Europe continues to make the Central European region attractive,” commented Kevin Turpin, Head of Research of JLL for CEE.