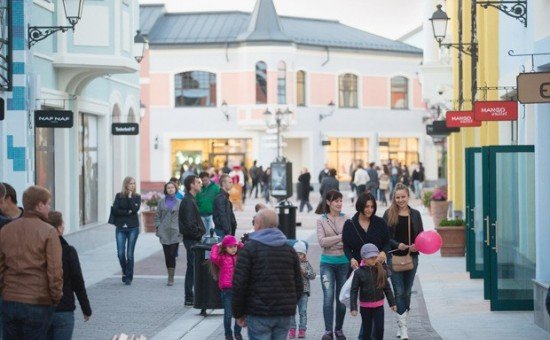 Moscow outlets market will grow by 72% in 2019 – EuropaProperty

JLL presents the H1 2019 Moscow retail market update. We see the outlets sector growing due to conscious consumer behavior. However, the number of new foreign brands has declined sharply this year.

According to JLL, three outlet centres are currently under construction in the Russia’s capital, two of them with a total area of 61,000 sqm will enter the market this year. As a result, the Moscow outlets market will grow by 72% reaching 145,000 sqm by the end of 2019. Development of this format is stimulated by more balanced and conscious consumer behaviour.

“Frugal spending of Russians is the consequence of a vicious circle. After getting a loan people make one big purchase increasing their debt burden and reducing future consumption,” comments Olesya Dzuba, Head of Research, JLL, Russia & CIS. “Due to increased debt service, real disposable income does not grow. It has declined by 2.3% YoY in Q1 2019. Real wages growth has also decelerated form 7.6% in May 2018 to 2.8% in May 2019. No wonder that in such conditions customers prefer discount stores, the share of FMCG discounters rises, new outlet centres are being actively built and existing ones demonstrate good operating results.”

On the back of restrained consumer behaviour the number of new international retailers declined sharply in H1 2019 with only seven brands entering the Russian market versus 15 in H1 2018. That includes three brands that debuted in Q2 2019 against five a year earlier. Over the past three months British premium men clothes retailer Hackett London opened its first store in Metropolis SC, premium sports clothes brand EA7 Emporio Armani appeared in MEGA Teply Stan SEC and luxury men clothes brand Off-White entered the market as a corner in TSUM.

“The Russian market in general and primarily Moscow remain interesting for international brands. Yet considering careful consumer behaviour and lack of quality retail space for store openings new international retailers study the market for a long time and carefully choose the location for their first store. In most cases retailers are not ready to invest directly, therefore they engage local partners to eliminate logistic and operating difficulties. Besides, brands tend to choose tested locations with high footfall and conversion rates demonstrating caution and minimizing risks.” – comments Nadezhda Martynova, Head of Retail Tenant Representation, JLL, Russia & CIS.

The lack of quality premises is confirmed by the decreasing vacancy rate in Moscow shopping centres, which declined by 0.2 ppt QoQ to 4.1% in Q2 2019. The decrease was caused by a vacancy decline in shopping centres opened before 2014 (the vacancy rate is 3.8%, 0.3 ppt lower QoQ) as well as in newer schemes introduced after 2016 (the vacancy is 6,4%, 0.3 ppt lower QoQ).

One shopping centre entered the Moscow market in Q2 2019, Salaris (105,000 sqm), which became the only scheme in the first half of the year and did not affect the overall vacancy rate.

256,000 sqm of new deliveries are expected in the second half of 2019. If all planned schemes enter the market, the new 2019 supply will be three times higher than the previous year’s figure and reach 361,000 sqm.