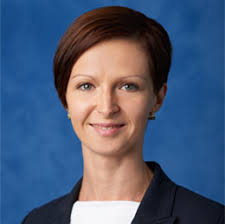 According to Tatiana Veller, Head of JLL Hotels & Hospitality Group, Russia & CIS, Moscow’s quality hotels have set a new five-year record – nearly 70 percent of the room stock was occupied in the Russian capital in the first six months of this year. Notwithstanding the branded supply growth in the period by 1,200 rooms, market average occupancy increased by 2 ppt. At the same time, ADR (average daily rate) dropped by 0.5 percent.

In June, all segments of the quality hotel market in Moscow experienced ADR growth, while the majority of them also displayed record-breaking occupancy. This fact is not surprising: the FIFA Confederations Cup coincided with the hot tourist season. The combination of these events helped hotels not only to keep ADR on a relatively high level, but also to gain the required demand volume.

Most of the foreign demand obviously gravitated to the more expensive hotels, thus supporting their operational performance, while domestic and more price-sensitive inbound demand redirected to more budget-friendly accommodation options. For example, in June the Upper Midscale segment occupancy skyrocketed to 90 percent.

“In general, H1 2017 results can be divided into two groups: in the first one, RevPAR increased through occupancy growth in the context of stable ADR, while in the second, minor losses in RevPAR occurred due to the lack of positive demand dynamics, which encouraged hoteliers’ attempts to at least protect the ADR,” Tatiana Veller continued.

“The first tendency can be observed in the Upscale and Midscale segments: 6 percent and 7.5 percent RevPAR growth, to RUB 4,700 and RUB 2,800 respectively, on the back of occupancy rising by 5.4 and 3.4 ppt. At the same time, Upper Upscale and Upper Midscale segments declined in RevPAR by 0.4 percent and 0.2 percent in the context of minimal fluctuation in occupancy and ADR, compared to 2016.”

“The luxury segment is worth mentioning as an exception from the above rule, Tatiana Veller added. “It is the only one to show negative operational performance dynamics compared to last year: occupancy for H1 dropped by 1.6 ppt, ADR – by 1.2 percent, bringing RevPAR down by 3.7 percent – to RUB 11,000. At the same time, luxury hotels still exhibit the highest level of operational indices in last 10 years.”

Moscow Region’s quality hotels are increasing ADR and RevPAR for the third year in a row. Suburban resorts in the Moscow region this year will likely to be perceived as less attractive than available outbound destinations, that’s why hoteliers focused their attention on generating demand from higher-paying guests. On the back of slight occupancy decline compared to the last year (by 0.4 ppt, to 46.7 percent) and ADR growth by 5.6 percent (to RUB 5,100), RevPAR in this segment rose by 4.7 percent and amounted to RUB 2,400.

“We expect that 2017 for the Moscow quality hotel market will finish at approximately the previous year’s operational performance level,” Tatiana Veller concluded. “A short boost brought by the FIFA Confederations Cup will help eliminate the negative impact of the price sensitive tourists fleeing the market because of the gradual price increases that Moscow hoteliers are using in their efforts to optimize revenue.”

St. Petersburg hotels show record-breaking ADR and RevPAR on the back of occupancy declines.

In H1 2017, the St. Petersburg Luxury segment exceeded Moscow by most operational indices in the period.

“The Russian North Capital quality hotel stock in H1 2017 showed the highest performance in the last five years in terms of ADR and RevPAR – growth by 15 percent and 8.5 percent, to RUB 6,400 and RUB 3,500 respectively,” said Tatiana Veller. “On the back of dropping occupancy (decline by 1.8 ppt – down to 50.5 percent), hoteliers focused their attention on demand quality, building up prices and thus revenues. As a result, price sensitive tourists shied away from St. Petersburg quality hotels in favour of more budget-friendly accommodation options or other travel destinations.”

The Midscale segment this month took a lead in ADR and occupancy dynamics: ADR increased by nearly 19 percent (to RUB 6,200), occupancy dropped from 90 percent in H1 2016 to 80 percent this year. Luxury hotels in the first summer month of this year achieved unbelievable ADR (almost RUB 45,000, 2.5 times higher than most expensive hotels in Moscow). Even though their occupancy dropped by 5.5 ppt, it still remained high for this segment – 74 percent.

“The outstanding operational performance of St. Petersburg’s luxury segment in H1 2017 is quite notable,” Tatiana Veller said. “It outdid luxury hotels in the Russia’s capital not only by ADR (which is actually typical and predictable for the first half of the year), but also by revenue, due to the high demand from two coinciding international events, and little in terms of new additions to the room stock in the city (a 154-room Lotte plaza in the Luxury segment). As a result, Luxury segment ADR in the Northern Capital reached RUB 23,300 in H1 this year, compared to RUB 17,600 in Moscow, and the RevPAR was at RUB 11,500 and RUB 11,000 respectively.”

The Upper Midscale segment became a leader in revenue growth and the only category that showed slight growth in occupancy – by 1 ppt, to 65 percent. Due to the solid ADR improvement (9 percent vs. H1 2016, to RUB 5,500), RevPAR here increased by 11 percent, to RUB 3,600.

“The relatively low number of quality rooms put into operation in St. Petersburg and no scheduled openings for the remainder of the year should help smooth out by December the negative impact of price sensitive tourists fleeing the market. We expect 2017 for the hotel market in St. Petersburg to finish at least at the previous year’s level, maybe with small growth in market-average operating performance indices,” concluded Tatiana Veller.