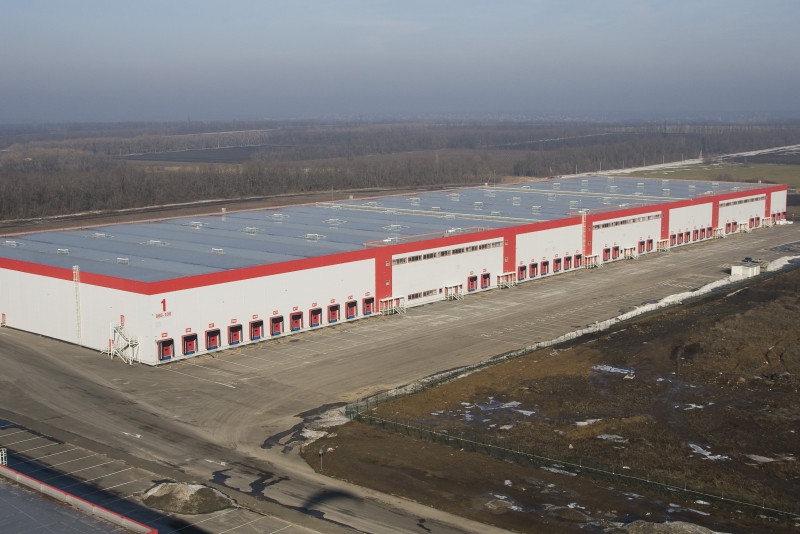 JLL has released its latest Moscow warehouse market update. According to JLL estimates, the volume of new supply of warehouse space in Moscow Region in Q4 2016 has reached 570,000 sqm, the highest quarterly level in market history. The annual volume of new lease and sale transactions was 1.2 million sqm, slightly below the 2015 level (1.3 million sqm).

“The same volume of deals were transacted in Q4 2016 as in the first nine months,” commented Viacheslav Kholopov, Regional Director, Head of Warehouse and Industrial Department, JLL, Russia & CIS. “Stabilization of the economy, absence of significant currency fluctuations and global political stability encouraged some companies to be more proactive in their plans. We expect tenants to remain active this year as well. Several negotiations are ongoing, with activity supported by the expiration of some short term agreements (2-3 years) signed during the ‘crisis period’ of 2014-2015 and long-term agreements. We expect the overall take-up in 2017 to roughly match last year’s level, at 1-1.1 million sqm.”

In 2016, retailers and distributors were the main demand drivers, accounting for 41 percent and 22 percent of all deals respectively. The share of retail operators declined slightly from that in 2015 (50 percent), whereas the share of manufacturing companies began to recover after a sharp drop last year – to 15 percent vs. 9 percent in 2015.

“The change of the overall political situation together with the adjustment of the business to the new economic situation resulted in the return of several players to the idea of relocation of manufacturing to Russia,” noted Viacheslav Kholopov. “In our view, 2017 will likely mark a beginning of a whole range of significant projects in Russia’s manufacturing sector, which will have a positive impact on the warehouse market.”

“The construction activity in the sector continues to slow, and last year’s completions have been twice lower the level in 2014 (1.55 million sqm),” said Viacheslav Kholopov. “Currently there are over 800,000 sqm under construction which could be delivered this year.”

The record high take-up volume has led to the most significant decrease in the vacancy rate in the last six years, from 13.6 percent as of the end of Q3 to 12.2 percent, or 1.6 million sqm in absolute terms. However, this still exceeds the rate at the end of 2015 (10.5 percent).

“Some deals last year (about 300,000 sqm) were signed as BTS schemes. Most of these will be constructed in 2017-2018. Note that this activity did not have any impact on the current level of vacant space,” highlighted Viacheslav Kholopov. “Despite the significant volume of available space on the Moscow warehouse market, some companies prefer to wait for deliveries of new buildings for their projects. That is the sign for the market that the quality of the space is crucial for customers. Moreover, existing premises cannot be successfully adapted for the needs of every tenant.”

The average level of asking rents for Class A space remained unchanged at RUB3,500-4,000 sqm per year (triple net). The competition between the buildings with high vacant space puts pressure on the developers to offer low rents. At the same time, growing construction costs and complexity of new project realization will put pressure on the upper level of the price range. According to JLL, rents may start rising in the beginning of the 2018.