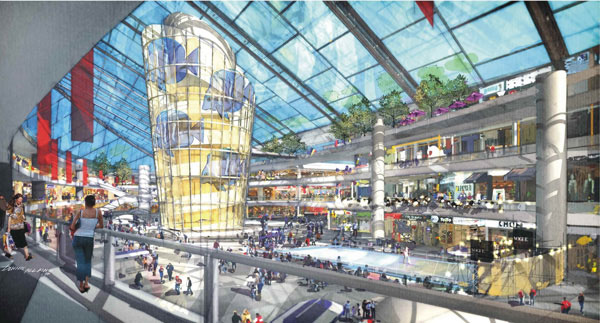 Last year was a record-breaker for the number of new international retail chains entering the Moscow retail market, according to Knight Frank.

In 2013 45 foreign operators opened the first outlets in the capital of Russia, with twice as few in the previous year. 40 percent of all international operators that came to the Moscow market for the last five years opened their first store in 2013

The dominating segment among the new international operators is the catering chains (26 percent): new Japanese, Asian, Italian cafes and restaurants have opened in Moscow, however the most numerous ones are the USA brands like Nathon’s, Johnny Rockets, Krispy Kreme, Quiznos to name a few. New fashion operators in the Moscow market make up 24 percent. Several operators from the USA have opened their single-brand stores for the first time in Moscow, namely Stella McCartney in the Vremena Goda shopping mall, Sherri Hill in the Modny Sezon gallery, and also the German brand Takko Fashion in the Zolotoy Vavilon Rostokino mall. New names on the fashion retail market of Moscow mostly represent the mass market segment.

The starting points chosen by the new players of the market include the Zvetnoy supermarket, which attracts conceptual youth brands like Casely-Hayford. Clothes brands of the mass market tend to choose large shopping centers with high traffic like Evropeysky, Metropolis, Afimoll. More expensive brands usually open flagship stores in street-retail or in the Krokus City Mall and Vremena Goda shopping centers.

Knight Frank’s experts estimate that the rates of large international tenants entering the Russian market will remain high for several years due to the new shopping centers that are planned to launch in 2014. These include a number of significant projects such as Aviapark mall, Khuntsevo Plaza and others. Large international chains prefer such projects to represent their brand in the new market. 23 shopping centers with a total area of 2,04 million sqm (GLA of 1,02 million sqm) have been announced for delivery in 2014 in the Moscow region. While more than 30 objects are at the design stage.

The new developments are concentrated in the south of Moscow. Thus the South Administrative District, which is the city’s most populated area, has reinforced its leading position in supply and became one of the top-three areas with the huge amount of quality commercial space. The Central Administrative District is still retaining its leadership due to low population density. As to the East of the capital, where the retail real estate market is the least developed, no significant changes have occurred: delivery of one district-format shopping complex has not improved the situation.

Sergey Gipsh, Partner, Regional Retail Director, Knight Frank Russia & CIS, commented: “The Russian retail market has reached such level of development when an increasing number of international retailers, who continue their expansion into the capital and Russian regions, become subject to local competition. Moreover, after succeeding in the local market some internal operators are gradually broadening their geographical scope and expanding to an international level.”