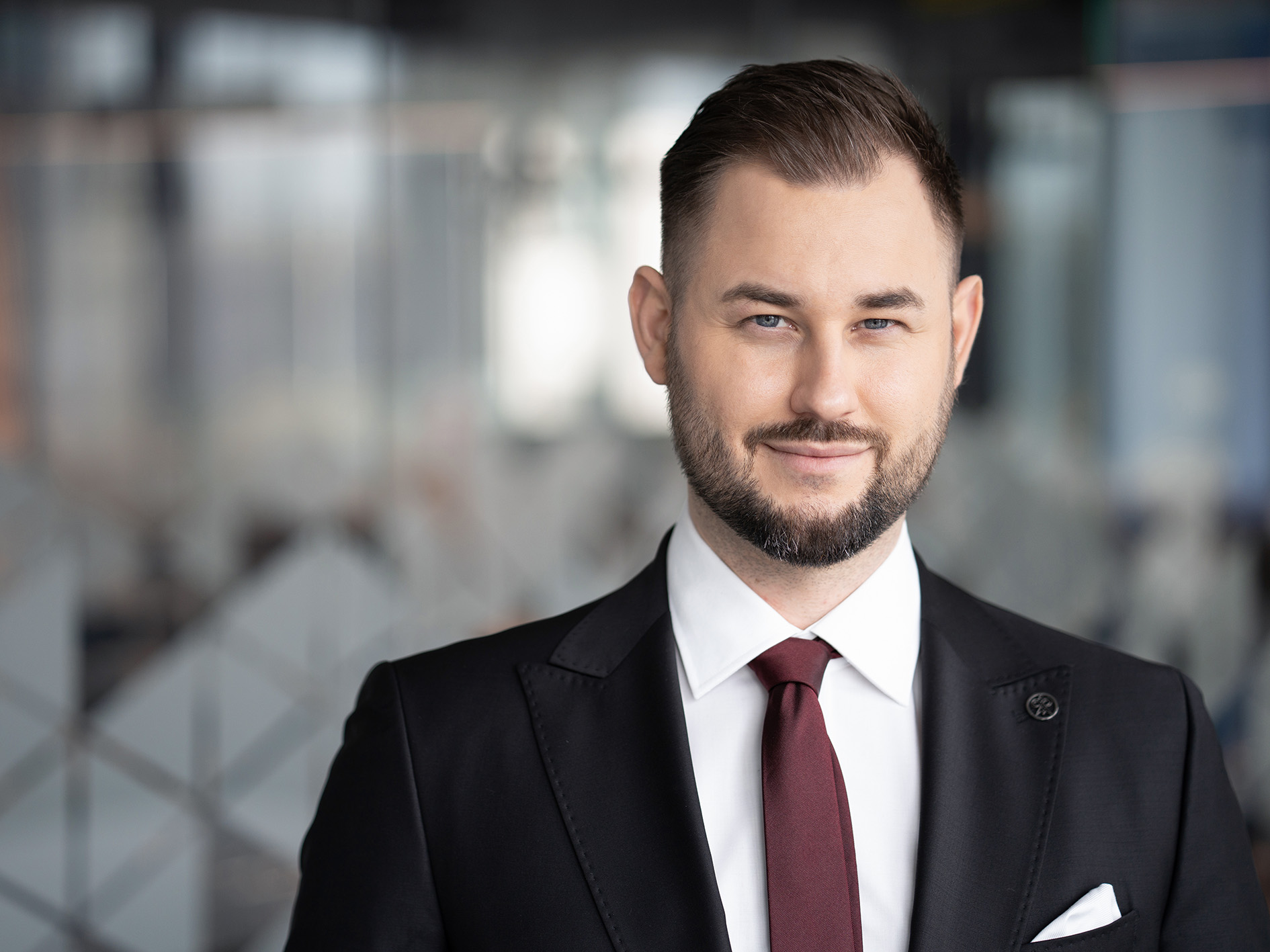 The timely delivery of suitable industrial and warehouse space is the biggest challenge the logistics market will face in the quarters ahead. Poland’s vacancy rate is at a record low of 3 percent. Tenants don’t want to wait – their businesses continue to grow and need warehouses right now. Meanwhile, due to a shortage of building materials, turnaround times for new warehouse projects have become longer, says Jakub Kurek, Head of Industrial and Warehouse, Newmark Polska.

What is driving warehouse demand in Poland?

Occupier demand in the Polish industrial and warehouse market remains very strong, with close to 1.6 million sqm transacted in the first quarter of this year. Leasing activity continues to be driven mainly by e-commerce, which accelerated during the pandemic as customers took to online shopping. Experts forecast that online retail sales will maintain strong momentum, fuelling demand for modern warehouse space. Last year alone, e-commerce leased nearly two million square metres, accounting for almost 30 percent of total take-up. Another relatively new phenomenon driving warehouse development is nearshoring. Due to supply chain issues caused by the pandemic and worsened by the war in Ukraine, companies are increasing their manufacturing and warehousing capabilities in Europe. Poland has been and will continue to be a major beneficiary of its decisions. We are also receiving more and more enquiries from manufacturers keen to relocate production from Eastern Europe to Poland.

The higher prices and undersupply of building materials, as well as rising energy charges, transport and labour costs, have all pushed warehouse rents up. It’s hard to say today how tenants will respond to these increases – not all of them were prepared for them. Lease processes are likely to become more complicated and some companies will need more time to make a decision. On the other hand, renewal volumes are likely to rise as existing properties offer tenants greater financial certainty. However, many companies focused on expansion plans will have to redefine their budgets and will begin negotiations with developers.

What role do advisors play in this complicated and rapidly evolving market?

The industrial and warehouse market is going through an interesting but challenging phase. That’s why the role of a professional advisor is gaining importance. What do we do? We support tenants – present various options and recommend suitable solutions. In doing so, we tap into the vast experience of our team, backed by the Research & Advisory Department at Newmark Polska. The more unpredictable the market is, the more we keep our fingers on the pulse and are prepared for various scenarios. The Industrial and Warehouse team of Newmark Polska consists of experienced advisors specializing in various areas, so we can seek advice on and discuss each problem as a team. We continue to strengthen our team and hire top talent. We are also growing at speed in the regions; we have recently expanded our presence in Pomerania and Kuyavia – northern Poland is one of our investment hotspots. In representing tenants’ interests we draw on our broad experience and market expertise, but we always deliver bespoke solutions and services tailored to individual clients.

Let’s go back to what’s happening in the market – are older warehouses whose landlords don’t have to contend with rising construction costs likely to become an alternative for tenants?

Due to the huge investor demand for industrial assets in capital markets, developers in Poland wanting to build, commercialize and quickly sell their projects have for years been able to offer lower rents in new build warehouses compared to those in older buildings and to compensate for any loss by selling industrial parks at favourable prices. But this has changed. Investors continue to chase prime products in Poland, albeit have become more cautious. As a result, although landlords of older industrial facilities are taking advantage of the booming market to increase rental rates, new build projects will fetch higher rents. This is only logical but new in Poland – and to tenants. I think that from the financial perspective older warehouses are a strong alternative – some are even being refurbished to incorporate energy-saving solutions and obtain green certificates. Having said that, not all tenants will want or be able to use such alternative facilities as some expect bespoke solutions built exactly to meet their high business-specific requirements.

Will rental growth be the biggest challenge for market players in the coming quarters?

Our clients are currently facing numerous challenges including rising rental rates and longer project turnaround times. In my opinion, however, delivering suitable warehouse space on time is the biggest. Poland’s vacancy rate is at a record low, averaging 3 percent in the first quarter of this year. Tenants can’t wait long for new space – their businesses continue to grow and need warehouses right now. Meanwhile, due to a shortage of building materials, turnaround times for new warehouse projects have become longer and are around 12-14 months.

To offer ready-to-occupy products, developers would have to build more speculatively. Are they willing to take the risk?

Developers have recently become increasingly willing to build new space on a speculative basis. Speculative construction accounted for 25 percent of the total commenced space in the first quarter of this year, up from 21 percent in 2021. Even though market signals have recently suggested that developers will be taking a more cautious approach to commencing new projects, I’m confident that warehouses with only some space pre-let will continue to be built in the five core industrial markets: Mazovia, Upper Silesia, Central Poland, Lower Silesia and Greater Poland. A perfect example of such a region is also Tricity, whose vacancy rate stood at 1.4 percent in the first quarter of this year, meaning that there was virtually no vacant space, and newly available space was quickly leased.

Apart from Tricity, which locations attract the strongest interest?

Tricity is one of the fastest-growing regions, benefiting from further improvements to its seaport, rail and road infrastructure. We see great potential in developing a new logistics chain that would connect the Baltic and the Adriatic, especially now when supply chains have been disrupted. The big five have for years led the way in the Polish industrial market. Warsaw and its suburbs remain the largest warehouse market, attracting the strongest occupier interest. It is closely followed by Upper Silesia, which is a unique region whose potential largely stems from being a vast conurbation. Upper Silesia comprises about a dozen similar and well-connected cities, each being a strong economic and business centre. Other large regions are beginning to follow the same growth path – this is where I see their strength. Connections and collaboration between cities and municipalities also support the labour market and enable recruitment from far afield and it goes without saying that talent availability is one of the key magnets attracting tenants and investors alike. Central Poland is the third-largest industrial market in the country. Its major strength lies in its central location, at the intersection of the A1 and A2 motorways and the S8 expressway. Benefitting from its location and well-developed road network, Central Poland has, for many companies, become a transhipment hub for goods distribution throughout Poland and beyond.

Many tenants are eyeing Central and Eastern Europe, which offers lower business operating costs. Who does Poland compete with within the region? And how?

Being located in the very heart of Europe, Poland is a natural logistics hub connecting the East and West. It boasts a well-developed network of roads and motorways, as well as a rail network and maritime transport infrastructure. Its predominantly flat landscape is also relevant to logistics providers. Poland’s major competitors in Central and Eastern Europe include the Czech Republic, Slovakia, Hungary and Romania. It is notable, however, that despite high inflation affecting the whole of Europe and beyond, as well as the warehouse rental growth, Poland remains cost-competitive. And in comparison with the West, it also offers access to a larger workforce pool and lower labour costs. Warehouse development in Poland and the country’s high competitiveness would certainly be supported by simplified procedures, the faster issuing of administrative permits and the adoption of zoning plans for a larger part of the country.

Warehousing, Logistics and Industrial Beltrame Group starts rebar production after the acquisition of COS Targoviste 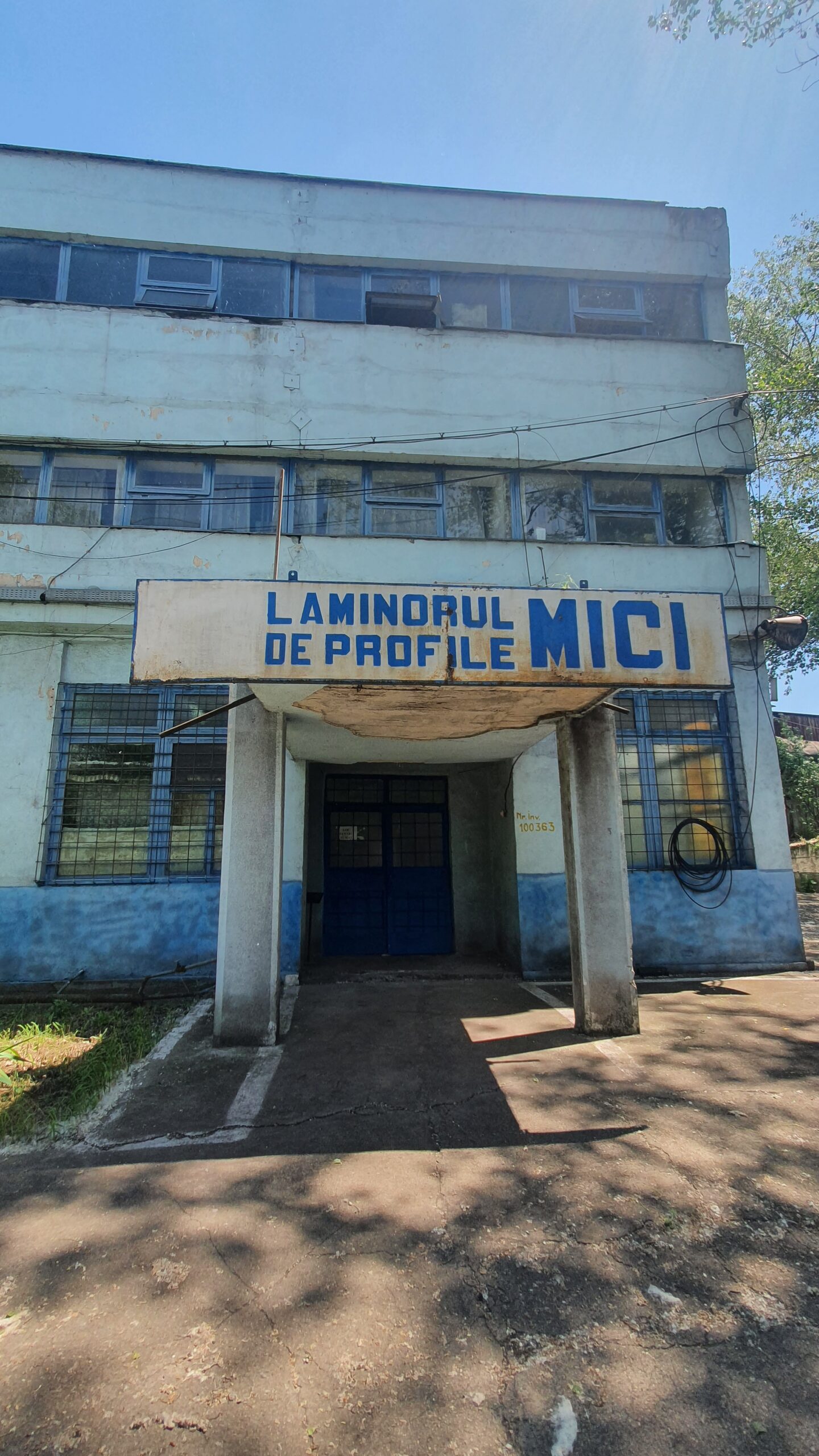 June 28, 2022
Warehousing, Logistics and Industrial P3 buys urban plot in Katowice with Europe-wide potential
P3, a long-term investor and developer of high-quality European warehouse facilities, has finalised the purchase of its third plot in southern Poland. At the same time, the acquisition is... 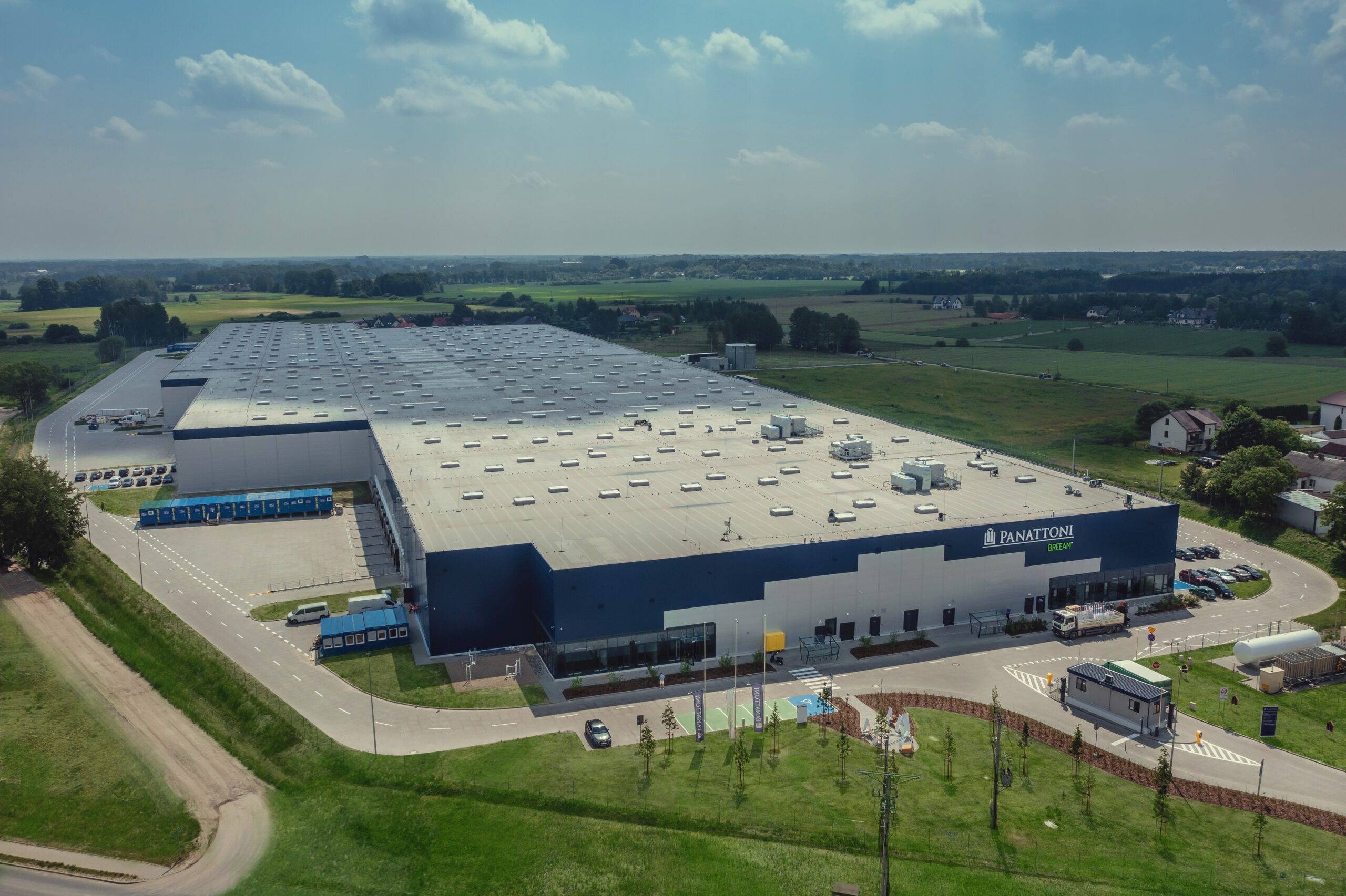 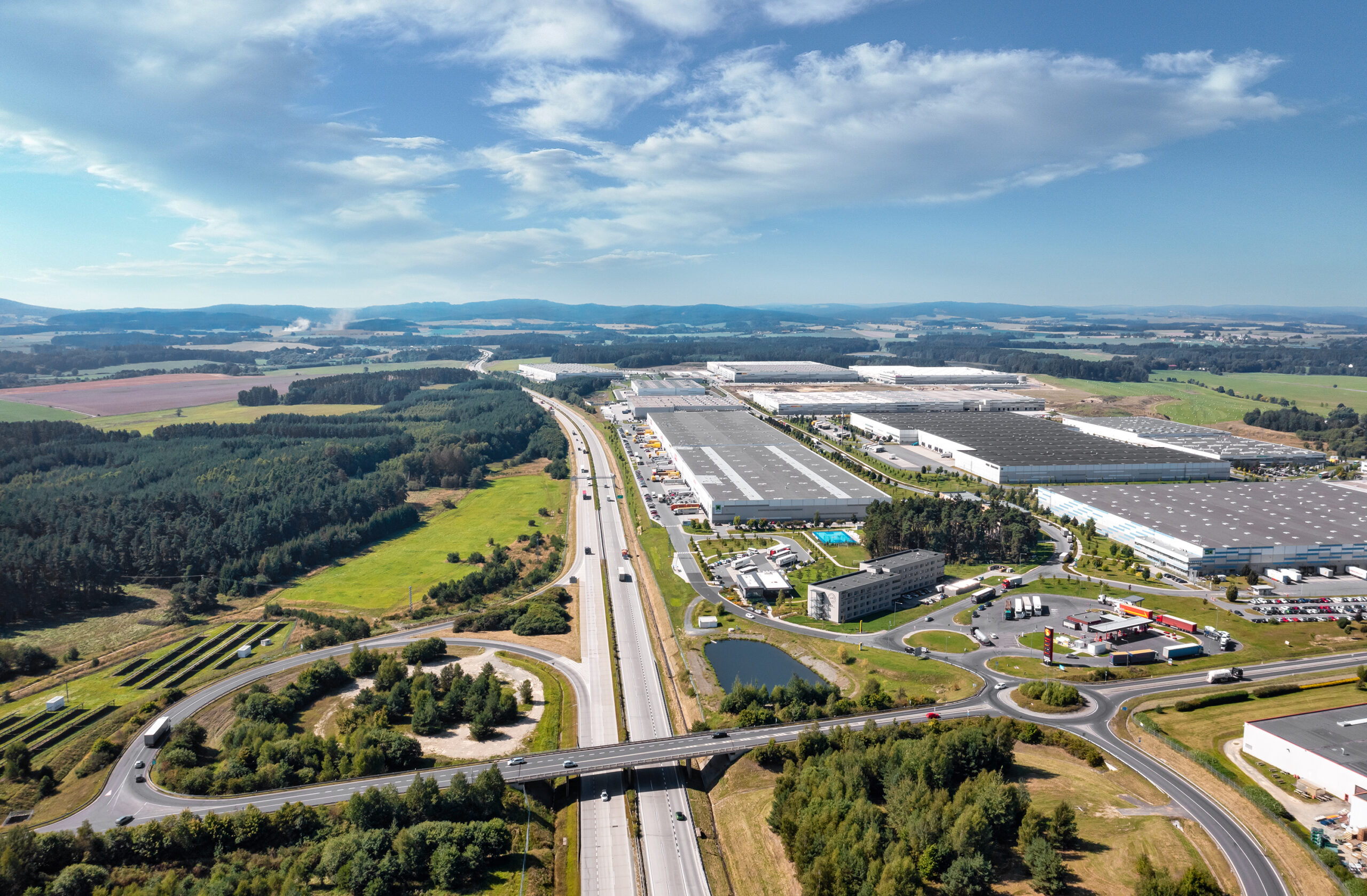