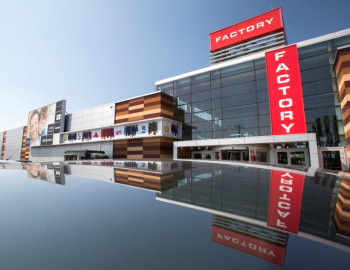 NEINVER, a company specialised in investment, development and management of property assets, the largest operator of outlet centres in Spain and Poland, reduced CO2 emissions at all the centres it manages in Europe by 13.6 percent in the last financial year.

The company achieved an 80 percent cumulative reduction of CO2 emissions in the last three years by acquiring renewable energy. Notably, Roppenheim The Style Outlets, which NEINVER operates in France, has had zero emissions for the second year in a row.

Waste management improved by 2 percent compared to the previous year. NEINVER managed 4,300 tonnes of waste in 2017, and now sends 50 percent of it to recycling plants for processing and reuse as new materials.

Consistent with its commitment to sustainability, and to add value to assets through environmental standards and energy efficiency, NEINVER develops all its centres in accordance with BREEAM New Construction standards, and in the second year of managing a property, the company begins the BREEAM In-Use certification process. In 2016 and 2017, the company completed BREEAM In-Use recertification of all the centres it manages in Europe, with improved scores at 92 percent of them.