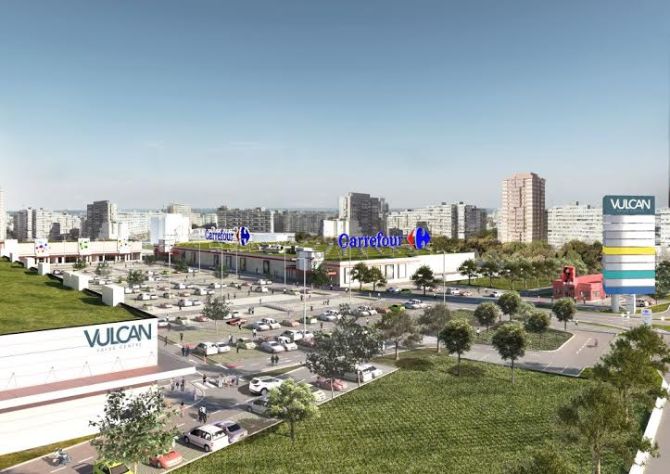 Vulcan Value Center, a project developed by New Europe Property Investments (NEPI) in Bucharest, is currently 95 percent leased and is set to open on September 4.

The commercial park is located in the south-west of Bucharest, on the former Vulcan industrial platform, and will have a built area of 25,750 sqm, out of which some 25,000 sqm are covered by commercial spaces. The park also has 1,200 parking places.

Vulcan Value Center will comprise over 50 stores, including large units of over 800 sqm, such as H&M, C&A, Hervis, Noriel Bebe, Animax, Lems, Jysk, Domo, Takko and Deichmann. It will also include a Carrefour hypermarket, that will cover an area of 9,600 sqm, and a commercial gallery of 2,500 sqm, where customers can find several shops, such as Orange, Vodafone, Germanos, Sensiblu or Kitchen Shop.

Works on Vulcan Value Center started in February 2014. Following this opening, NEPI will reach a portfolio of some 330,000 sqm of rentable area in commercial centers.

On October 16, NEPI will inaugurate a new shopping center in Targu Jiu.