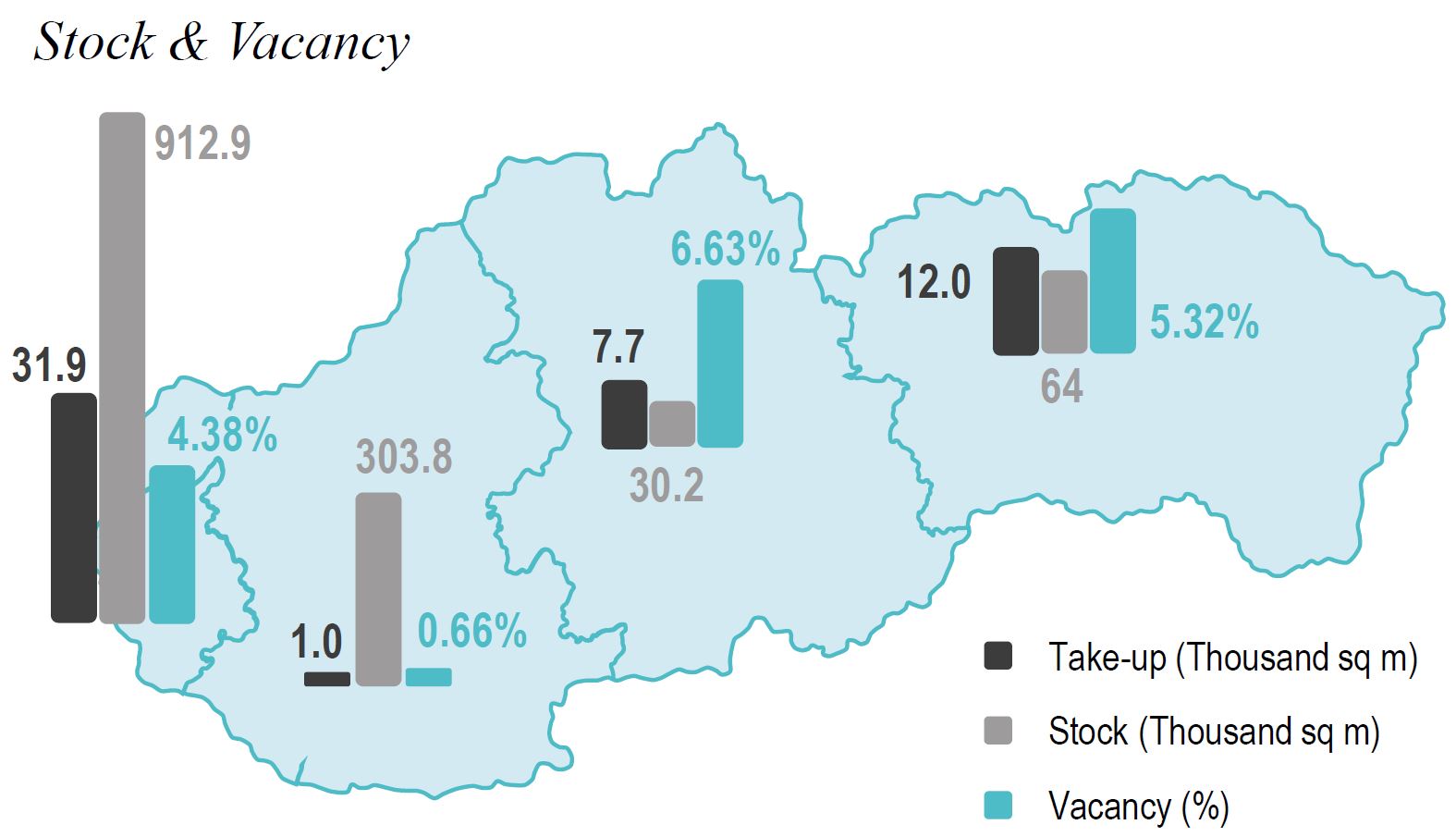 The Slovak industrial and logistic market has shown increased activity in Q2 2015, mainly when it comes to new leases, according to real estate advisor JLL. The total volume of closed transactions in Q2 2015 has reached about 53,000 sqm. Although the second quarter last year was more active (15.5 percent), in comparison to the first three months of 2015 (Q1 2015) JLL see a 22.5 percent increase of transactional activity.

Net take-up in Q2 represented ca. 46,000 sqm (87 percent of gross take-up), the rest was secured by renegotiations. The largest transactions in Q2 were – new lease contract in Senec Logistics Center (Goodman) where Alza leased a new warehouse of around 10,000 sqm. The second largest contract of 7,000 sqm was signed in Logistics Park Petrovany where Tesco opened its new warehouse and logistic hub. Three additional transactions were closed in Prologis Park Bratislava in total amount of 6,800 sqm. Central Slovakia region recorded one transaction where GEFCO leased new 1,700 sqm in P3 Park Žilina.

Total stock in Slovakia currently stands at ca. 1.3 million sqm. Small addition – 2,500 sqm of new industrial and logistic space was delivered in P3 Park in Žilina. At the moment over 120,000 sqm is under construction focused mainly in greater Bratislava region.

Investor interest in Slovakia is currently focused on logistics and light industry segment.
In H1 2015, two smaller deals were successfully closed. The light industrial park Ryoka was sold in Nitra, Western Slovakia, to a local investor and the former Panasonic factory in the Eastern Slovakia was as well acquired by domestic investor. There are three other industrial deals with scheduled closing during the summer and another three should close by the end of 2015.

The vacancy rate currently stands at 3.62 percent with vacant leasable area of 40,000 sqm in the greater Bratislava region, 3,500 sqm in Eastern Slovakia and 2,000 sqm in both – Western and Central Slovakia.