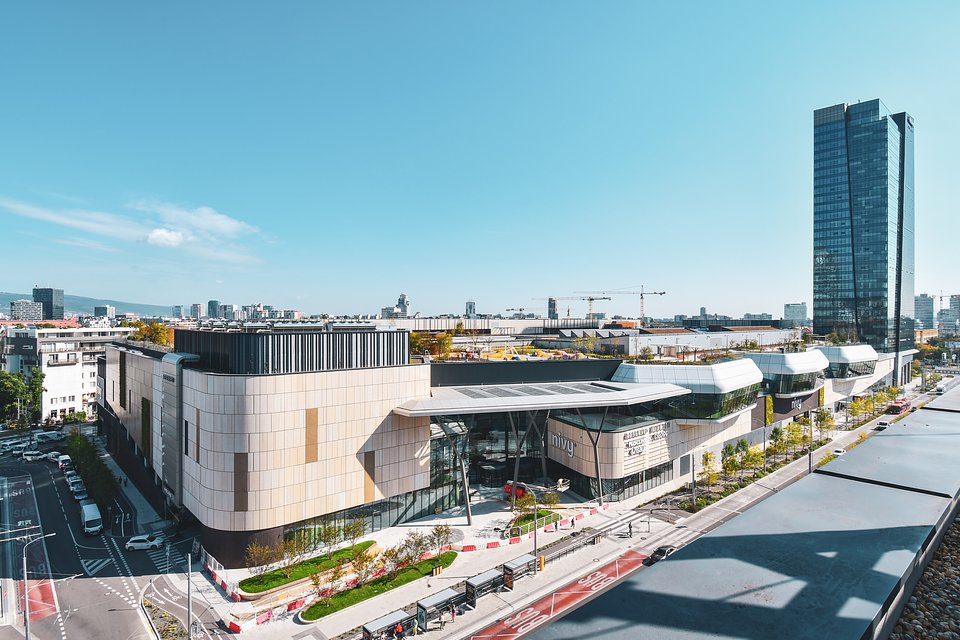 HB Reavis has seen its Nivy mall attract huge numbers of people in its first few days of operation. Just 24 days after launch, it has received its first million visitors, almost 42,000 per day on average – not least to explore its many multifunctional features.

Nivy mall combines a 70,000 sqm shopping mall with an international bus terminal, green roof, and fresh produce market. Almost 90 percent of the mall’s GLA has now been taken up, with the roster of brands including global names such as Peek & Cloppenburg, Lindex, Zara, Pull&Bear, Massimo Dutti, Mohito, and Sinsay.

As well as its range of fresh produce, the 3,000 sqm food market is now the go-to lunch and dinner option for the area,  with its cooking shows and workshops already hot tickets.

Upstairs, the “Trafalgar square” size green roof, full of plantings reflecting Slovakia’s diverse greenery, boasts two play areas and a half kilometre running track. The views of the new and Old Town city centres are also dotted with buses heading from the international bus terminal below to more than 300 towns and cities in Slovakia and abroad, including a direct route to Vienna airport. On top of that, HB Reavis has invested €40 million into the surrounding infrastructure, including a new 500-metre long boulevard with an underground roundabout, new cycle paths with a bike parking tower, new pavements, and public areas full of greenery.

Next door, Nivy Tower is Slovakia’s tallest office building. It meets WELL and BREEAM’s highest specifications, and includes 30,000 sqm of traditional, serviced, and coworking workspaces that have already attracted tenants including Resco.net and Capco.

The wider Nivy zone complex is certified with BREEAM Communities at an Excellent level. The certification assesses areas for their housing quality, civic amenities, infrastructure, and the use of energy and natural resources, as well as lifestyle and economic opportunities – and of the 13 zones that have managed to reach Excellent level, Nivy scored the 5th highest.