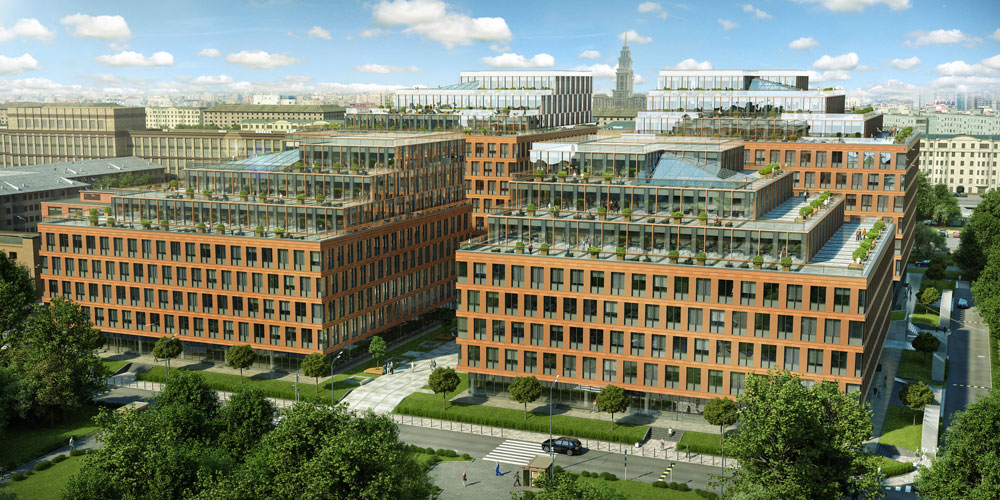 According to CBRE’s latest office market report, despite negative geopolitical situation, the Moscow market was stable in Q1 2014 with the exception of some decrease in Class A Prime. Some owners of Class A office buildings in the CBD have already lowered lease rates by 10-15 percent.

However, it should be noted that the actual level of net absorption of office space (the difference between occupied stock at the end and beginning of period) decreased significantly, as in Q4 2013 (94,700 sqm) and in Q1 2014 (50,000 sqm), against figures for Q1-Q3 2013 (187,000 sqm, 381,000 sqm and 293,000 sqm, respectively). Reduction in the amount of absorbed premises indicates that tenants in the current unstable situation virtually do not increase the amount of space occupied. The majority of tenants lease similar office size in another business centre.

In Q1 2014 only two large deals were closed in the Class A segment. PepsiCo leased 13,000 sqm at Alcon BC Phase I and Systematica – 17,000 sqm at office park Comcity Phase Alpha.

In the Class A Prime segment several small transactions with total area of 2,400 sqm were recorded. UTC leased 460 sqm at White Gardens BC, FASHION HOUSE Group leased 215 sqm at White Square BC.

Class B premises remained in high demand. 130,000 sqm of deals were leased or purchased in this segment. Russian companies made up a substantial part of the total (120,000 sqm).

Primarily tenants were from energy, oil and gas, banking and IT sectors.

Maximum take-up volume falls in the area between TTR and MKAD (48 percent of the total). CBD saw 18 percent; the zones between GR and TTR and beyond MKAD each had 17 percent.

CBRE reports that such a geographic distribution of deals transacted is expected to sustain in the future.

Along with it, an increase in activity beyond MKAD due to the delivery of a big amount of business parks that will offer high quality of office space and effective layouts as well as much lower rental rates compared to the rates inside the MKAD. A decrease in CBD might be observed due to the ongoing tenants’ policy to optimize and reduce the occupation costs.

Estimated delivery for the remaining three consecutive quarters is expected to account for 400,000 sqm each.

In Q1 2014 the overall vacancy rate increased to 13 percent from 12 percent in 2013. Major changes have occurred in Class A segment due to the delivery of large volume of office space. So, Class A vacancy level reached 20.6 percent. This particularly affected Moscow-City due to the delivery of Eurasia Tower (86,800 sqm). The vacancy rate in the other areas of Moscow did not change dramatically: from 10,9 percent to 10 percent in CBD; from 12,3 percent to 11,8 percent in the area between TTR and MKAD, from 17,7 percent to 18,2 percent in the areas beyond the MKAD.

Nevertheless, due to the large volume of new delivery, as well as continuing political instability and, as a consequence, the economic situation, CBRE expects that within a year most of the transactions will be concluded at the rents close to the lower level of the range.

Unlike the previous years, 2014 demonstrates change in supply that may significantly exceed demand. Negative revision of macroeconomic indicators of Russian economy for 2014, widens the gap between supply and demand, both are prerequisite for increasing vacancy and decreasing rents.

Intensity of events in early 2014 leaves us hopeful that the situation will settle down in Q2 2014 and market participants may attain certainty regarding future economic scenarios, which will not be reviewed on a quarterly basis. The next quarter appears to be pivotal, when possible seasonal decline in oil prices and shifts in geopolitical situation may occur. Accordingly, there is a chance of increased demand in H2 2014.

The area between TTR and MKAD has the most successful market positioning and benefit from steady demand.
Offices in Moscow-City remain in a more complex situation that imposes the need to implement a more aggressive approach to attract tenants. There will be commissioned fairly significant office buildings, which further aggravate the competition.

Claudia Chistova, Head of Office Research, CBRE in Russia, said: “Regardless of the unstable geopolitical situation and deteriorating economic indicators in Russia, we haven’t registered any significant changes in the Moscow office market in Q1 2014. In Q1 take-up volume is comparable to the previous quarters. Several large-scale Class A properties were put into operation. Class A share in new delivery exceeded Class B, which is a rare case for the Moscow market. New office projects announced for commissioning till the year-end are at the active stage of construction. Negative political perception of Russia, as well as forecasts for deterioration of economic performance in 2014 influenced mainly the premium office segment. Owners of Class A buildings in central locations with high vacancy rates are ready to offer individual commercial terms to reliable tenants that include such incentives as basic fit-out, longer rental holidays etc.”