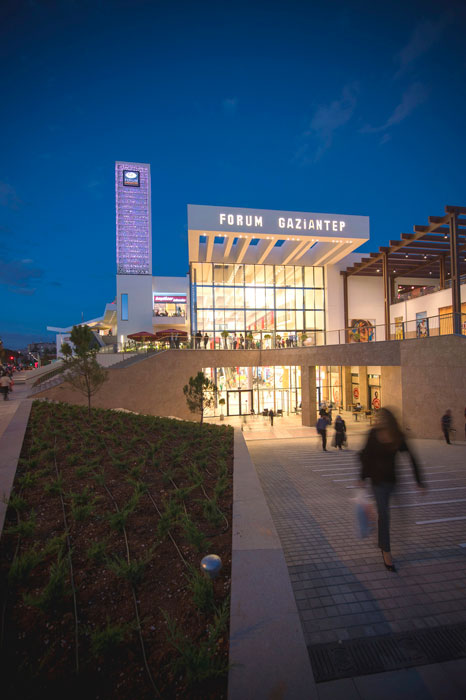 Turkey is expected to average an annual GDP growth of 5.2 percent, and over the next 10 years it will be the fastest growing country in Europe, according to Ali Babacan, Deputy Prime Minister of Turkey for Economic and Financial Affairs speaking at the International Council of Shopping Centres (ICSC) 2014 European Conference, recently held in Istanbul.

With many parts of Europe experiencing high unemployment, Babacan also highlighted the fact that since 2009, 4.9 million additional jobs have been created in Turkey. Income distribution is improving across the country faster than anywhere in the OECD countries, household financial liabilities are low and Turkey is the sixth largest country in the world for incoming tourists.

Turkey has never introduced fiscal stimulus programmes. “We don’t agree with them,” said Babacan. “We want low taxes and a lean government. We want the private sector to be spending.”

He outlined projects where the private sector is participating, including building bridges and hospitals, and explained that large development projects can be realised quickly. The Istanbul Congress Centre, laid out over seven floors (some underground), and which covers180,000 sqm, was built and opened in just 11 months in 2009. “Things can be done fast if circumstances allow,” he said.

He said: “Turkey has gone through an important social and economic transformation process over the last 10 years. We have been improving our democracy and we have done a lot, but much still remains to be done.”

Turkey has achieved its growth through strong fiscal discipline, he said. “Fighting inflation, public financial management control, banking, social security and healthcare reform were all addressed in the first five years of our government.

“We entered the crisis with strong public finances, a strong banking system and we have the political will to do what is necessary which is a great asset in times of crisis. It needs courage and the will to get things done.”

Turkey is a candidate country for European Union membership, following negotiations that began in 2005, and with a population of around 75 million (15 million of whom live in Istanbul), Babacan highlighted the fact when the country is finally admitted into the EU it will be the country with the highest voting power, above that of Germany and France, which he says is causing some concerns among the EU membership.