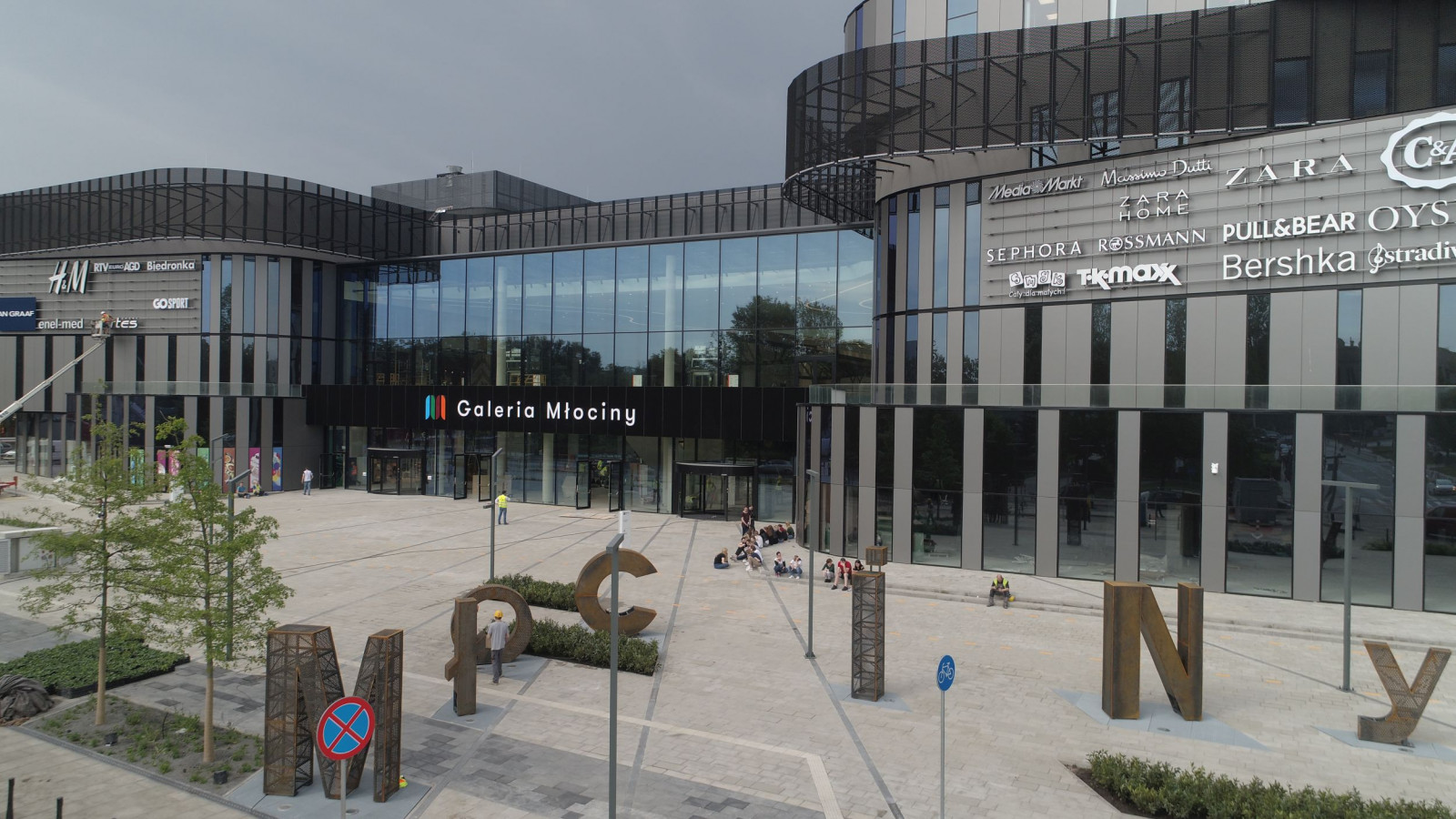 Over 12 million sqm of modern retail space in Poland – EuropaProperty

As development in the retail market slowed down, renegotiations, extensions and relocations dominated the lease structure in the first six months of the year. Approximately 170,000 sqm of retail and service space was delivered, taking total stock over 12 million sqm.

At the end of June, 380,000 sqm of shopping centre space was under construction, mainly in cities with fewer than 100,000 inhabitants. Small projects from 5,000 to 10,000 sqm with a daily shopping profile predominate.

‘Lifestyle’ at the center of attention

Taking into account projects that have been completed and those under construction, annual supply should reach 250–300,000 sqm, which constitutes a slight downward trend compared to 2018. The largest markets, both in terms of the number of schemes and their area, remain Warsaw (52 centres with a total area of over 1.7 million sqm) and Upper Silesia (49 centres, over 1.2 million sqm). Szczecin remains the smallest market (305,000 sqm in 11 schemes).

“Investors, developers, tenants and clients are interested in investments with ‘lifestyle’ functions, with a large share of retail, services and catering. In the largest Polish cities, over a dozen projects of this type are currently being implemented and planned,” said Katarzyna Michnikowska, associate director, Research and Consultancy Services, Colliers International.

The biggest retail projects completed in the first half of the year were Galeria Młociny in Warsaw (78,000 sqm), Tkalnia in Pabianice (12,000 sqm) and Silesia Outlet in Gliwice (12,000 sqm). The largest expansions were completed in Morski Park Handlowy in Gdańsk and Solaris Center in Opole.

According to a research by the Retail Institute, which monitors 120 shopping centres in Poland, the Sunday trading ban in the first quarter of this year resulted in a 0.5 percent decline in visitor turnover, with the largest decreases recorded by small (4.8 percent) and medium (1.8 percent) centres, while centres with an area of over 40,000 sqm recorded an increase of 2.2 percent.

“Demand for units in shopping centres is being stimulated by changes in several sectors. The market is actively absorbing the space of supermarkets. The rapid development of fitness clubs is continuing,” said Dominika Jędrak, director, Research and Consultancy Services, Colliers International.

Fashion chains are modernising and extending their stores in existing shopping centres, while at the same time they are expanding selectively in new markets. LPP Group is investing in technology, remodelling its stores and expanding into smaller towns. In turn, the Żabka chain is trialling unmanned stores. Non-food discount stores such as Pepco and KiK are also developing.

The number of new entrants into the Polish market is limited. In the first half of the year, several chains debuted, including Gagliardi (men’s fashion), Sloggi (underwear) and Mayoral (children’s goods).

Wrocław with the highest saturation of retail space

Average shopping centre density in Poland increased to 314 sqm/1000 inhabitants. Among the largest cities, the highest rate was recorded in Wrocław (885 sqm/1000), while among medium-sized cities the leader was Rzeszów (1,250 sqm/1000).

At the end of June 2019, the average vacancy rate in shopping centres in the eighteen largest Polish cities amounted to 3.6 percent and was half a percentage point higher than in June 2018. In total, around 309,000 sqm of space was available for tenants, mainly in small and medium-sized centres. Large, dominant shopping centres are almost fully leased.