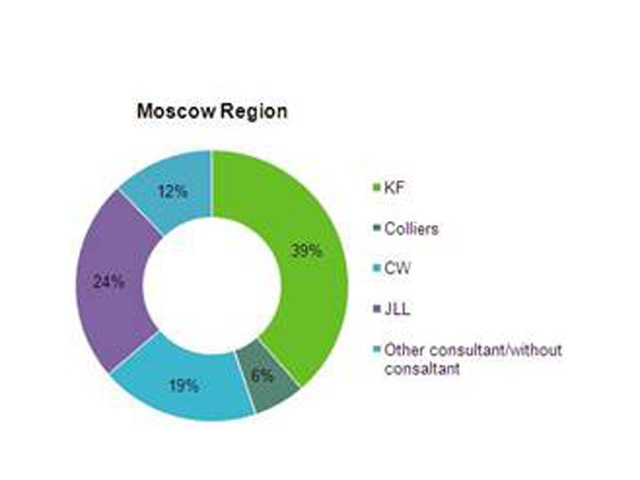 In 2013 consulting companies performed 91.2 percent of transactions in the warehouse market of the Moscow Region; for the rest of Russia 89,4 percent of all the transactions were made involving consultants. Moreover, Knight Frank has increased its leading position in the sector, with 50 percent more sold warehouse space than its closest competitor.

In 2013 the total amount of warehouse transactions performed with the involvement of Knight Frank’s consultants throughout Russia came to 565,790 sqm (32 percent of all transactions in the sector), 496,122 sqm of them were in the Moscow Region.

Knight Frank has been retaining the leading position in selling and leasing warehouse space since 2004. Over the last nine years Knight Frank consultants have leased and sold about 3,000,000 sqm of warehouse space, which makes 28 percent of all transactions ever conducted throughout the history of the sector in Russia.

Viacheslav Kholopov, Partner, Director Offices, Industrial, Knight Frank Russia & CIS, commented, “The year 2013 was marked with the record level of consumption in the Moscow Region as well as all over the country. The growth of regional transactions became one of the new trends of the last year, and I hope that in 2014 we will still be able to say that regional expansion of modern logistic complexes continues and Russian logistics has entered a new phase in its development. I am pleased to note that in the current year over 85 percent of all transactions in warehouse market, which is more than 1,500,000 sqm of quality warehouse space, were conducted involving consultants of the “Big Four”.