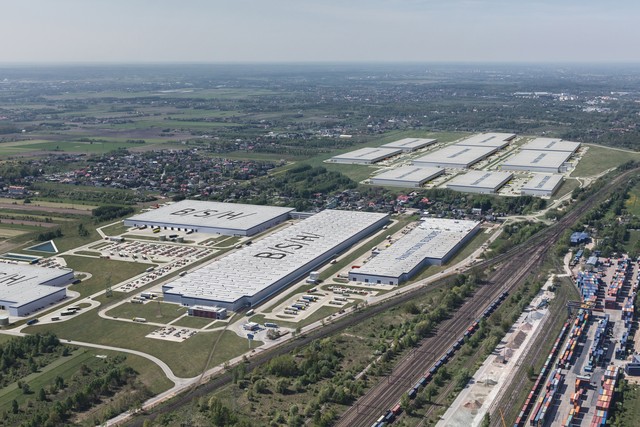 Panattoni, market leader in industrial real estate in Europe, has leased 3,300 sqm at Central European Logistics HUB to Langowski Logistics. The HUB will be used by the TSL operator as a reloading warehouse on the New Silk Road. The tenant was represented in the negotiations by the advisory firm Cresa.

Panattoni’s Central European Logistics HUB and the lease of 3,300 sqm by Langowski Logisticsis primarily intended to address market needs in terms of reloading, consolidation and deconsolidation of shipments transported from China to Europe, and from Europe to China, along the New Silk Road. The location of the warehouse, just 1000 metres from the rail container terminal in Łódź, provides an excellent solution for not only importers, but also exporters from Poland and Europe, as Langowski Logistics has simultaneously launched an export console on the route Łódź–Chengdu (Sichuan province in Central China).

Langowski Logistics specialises in the worldwide transportation of containerised cargo, both full-container loads (FCL) and groupage cargo (LCL). The company offers its customers comprehensive logistics solutions, including sea transport, rail transport, air and road transport. The service range provided by Langowski Logistics also includes storage, reloading and distribution of goods in modern storage facilities and bonded warehouses. Apart from Łódź, the company operates warehouses in Gdynia, Gdańsk and Pruszków near Warsaw. The company’s management has announced that more warehouses will be opened soon (in H1 2020).

It is also worth adding that the Langowski Logistics warehouse in Łódź is suitable for temporary storage and will soon be licensed as a bonded warehouse. Panattoni’s Central European Logistics Hub is situated right next to the A1 – the only Polish motorway running north-south. It is just 20 minutes’ drive from the interchange connecting the A1 and A2 motorways. For Langowski Logistics, it was vital to secure a location in Central Poland with access to the intersection of the European east-west and north-south routes. It was also important to stay within city limits, which will significantly facilitate commuting for employees.

“The site is in Central Poland with access to the intersection of the European east-west and north-south routes, while its location within city limits facilitates the tenants’ manufacturing and warehousing operations as well as making it fast and easy for employees to get to work,” says Marek Dobrzycki, Managing Director at Panattoni. “The construction of Central European Logistics Hub is nearly halfway through to the planned 600,000 sqm, and has already become home to some very different businesses, including manufacturers of household appliances, retail chains specialising in consumer electronics and household appliances, children’s products and, naturally, logistics providers such as Langowski Logistics, which makes us very happy.”

“Langowski Logistics is actively involved in the development of railway transport on the New Silk Road, through both handling import cargo and launching export cargo connections with China. Łódź, with its operational intermodal terminal, is one of the key locations for this enterprise. The main factor taken into consideration when deciding on the new site was its immediate vicinity to the terminal and the attractive terms and conditions of the lease,” says Jakub Dudkiewicz, Advisor at the industrial and warehouse department of Cresa Polska.