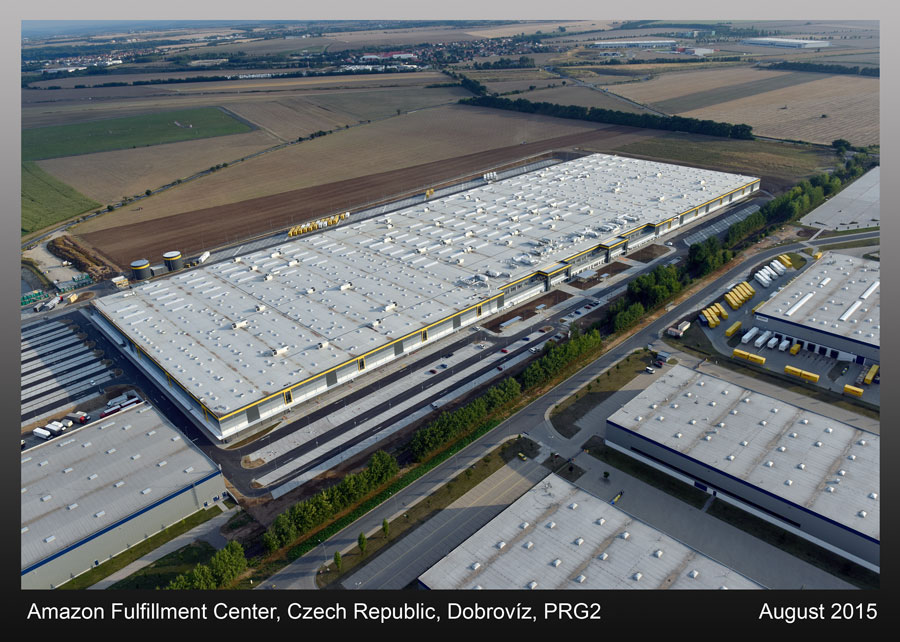 Panattoni Europe has received an International BREEAM Certification, rating ´Excellent´ for the logistics premises constructed for Amazon at Panattoni Park Prague Airport I, in the Czech Republic. The International BREEAM certification together with the scoring 76,8 percent places the premises on the first place within its category ´new built logistics premises´ in the territory of the Czech Republic and for the BREEAM International scheme worldwide as well as with respect to the Amazon buildings constructed in the whole world.

“Panattoni Europe is honoured that the building for the Amazon company has received the International BREEAM certificate rating Excellent, placing the logistics hall with such scoring, 76,8 percent, on the first place within this particular category in the Czech Republic and Worldwide and the highest scoring ever received for the Amazon completed projects in the whole world,” said Pavel Sovička, Managing Director for the Czech Republic and Slovakia.

With regard to the long-term trend in reducing the carbon footprint 10 bus stops were completed, so that people from both the Zličín metro station, Kladno and other adjacent towns have the opportunity to travel to work in comfort and in greener way. During the construction process both Amazon and Panattoni Europe team were also thinking of employees that prefer to travel by personal vehicles by installing 888 personal car parking spaces, 54 motorcycle parking spaces and a shelter for bicycles. Also 54 Priority parking places for employees sharing cars were provided together with necessary communication tools like particular notice board and instruction brochure further supporting carbon footprint reduction.

The largest industrial building in the history of the Czech Republic, with a total rentable area of over 133,000 sqm has also succeeded in industrial development award events, both on the national and European level. In October Panattoni was awarded for the construction of the Amazon Fulfillment Centre as ‘the Best Warehouse/Industrial Development of the Year´ during the CEE Investment & Green Building Awards. In November, Panattoni Europe was awarded, for the Amazon project, for the first time in the territory of the Czech Republic at the Best of Realty competition in the Czech Republic within the category Best Warehouse Space.

At present, Panattoni Europe is now focusing on new projects in the Czech Republic including sites west of Prague, such as Panattoni Park Prague Airport II, which will be able to offer a similar strategic location like Panattoni Park Prague Airport I. Currently, the infrastructural works are under way and are expected to be finished by the end of this year with the first building completion summer 2016. This is the first project together with Amazon Fulfilment Centre acquired by AEW Europe on behalf of LOGISTIS in the Czech Republic.