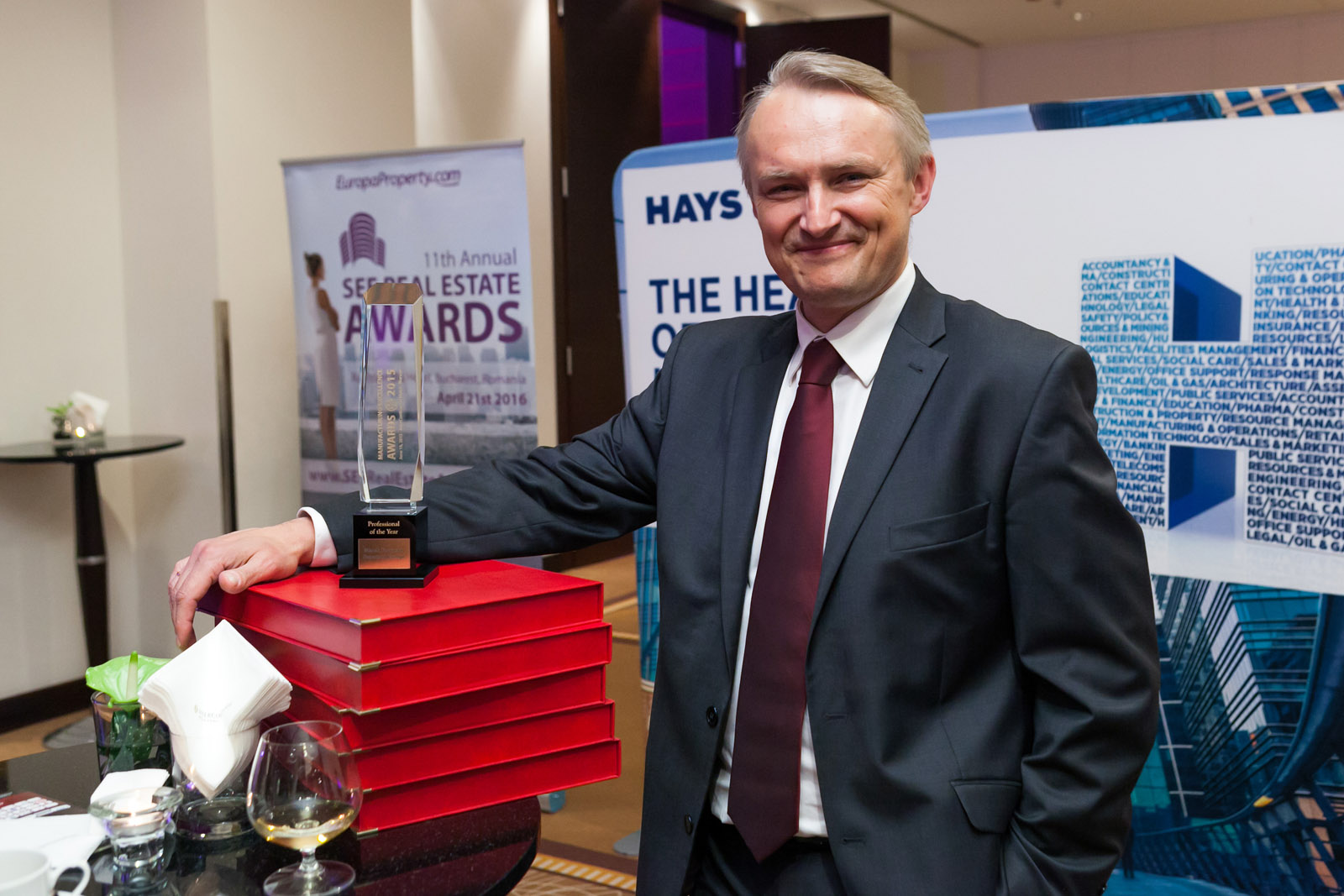 Panattoni Europe has been recognised as a leader of the built-to-suit (BTS) industrial space sector in Poland at the 3rd annual CEE Manufacturing Excellence Awards and Strategy Summit 2015. During the gala ceremony, the company picked up six awards, including BTS Developer of the Year, while a special prize – Professional of the Year, went to Marek Foryński, Panattoni Europe’s BTS Group Managing Director. The winning projects were Panattoni developments for: Kellogg’s Company, Polaris Industries, Castorama Polska and Amazon. The event took place on 18 June 2015 at the InterContinental Hotel Warsaw.

The competition is dedicated to manufacturing projects, as well as built-to-suit (BTS) facilities, and is organised by EuropaProperty.com. The event also provides an opportunity to discuss the key factors affecting the manufacturing sector. That is why the evening award ceremony was preceded by a forum, which debated and explored business opportunities for manufacturing investments.

On the night, Panattoni Europe collected some of the major awards of the competition. The developer’s achievements in the sector were recognised, including the BREEAM ‘Very Good’ rating for the Amazon projects, the first ever certification for such a large space (123,000 sqm per facility), and the developer’s record figures in 2014. These feats gave Panattoni Europe the BTS Developer Contractor of the Year title, and additionally Marek Foryński, BTS Group Managing Director, was named Professional of the Year.

The BTS Project of the Year award in the Small projects category (under 20,000 sqm), went to the manufacturing investment for Kellogg’s Company, known worldwide for its breakfast cereals, cookies and snacks, notably Pringles – the investment in excess of 13,000 sqm was developed at the Kutno Subzone of the Łódź Special Economic Zone. The BTS Project of the Year title in the Medium category (from 20,000 sqm to 40,000 sqm) was given to the factory for Polaris Manufacturing, an American manufacturer whose product range includes e.g. quads – the 33,000 sqm facility was erected in Opole, at the Wałbrzych Special Economic Zone Invest-Park. The jury of the Manufacturing Excellence Awards 2015 also recognised warehouse BTS projects. The BTS Project of the Year title in the Large category (more than 40,000 sqm) was awarded to the 50,000 sqm logistics centre for Castorama Polska in Stryków, while Panattoni Europe’s Poznań development for Amazon, with 123,000 sqm of space, was recognised as Fulfilment BTS Project of the Year.

The winners were selected by a jury composed of independent professionals from the manufacturing sector as well as international industry experts, and the entire award procedure was overseen by EY – one of the world’s largest advisory organisations.

Marek Foryński, BTS Group Managing Director at Panattoni Europe, commented: “It is a great honour and privilege to win as many as six awards at such a prestigious competition. They are all special and exceptional. Each one is a testament to the great determination and professionalism across the entire Panattoni organisation.”

Robert Dobrzycki, Managing Partner Panattoni Europe, made no secret of his satisfaction with the prestigious and lucky six honours, commenting: “Establishing the special BTS Group in 2008 was one of the best strategic decisions we have made in the ten years of our presence in the European market.”