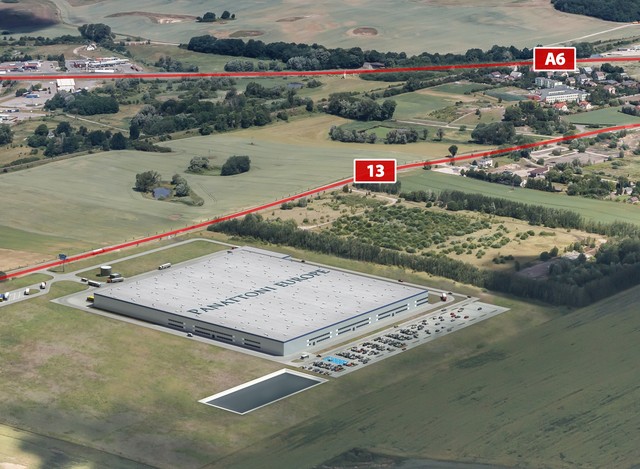 Panattoni Europe will build a forklift factory in Kołbaskowo near Szczecin for Linde, part of KION Group – a leading forklift manufacturer in Europe. The facility will feature close to 44,000 sqm. Forklifts will be made here from start to finish, including engine testing. That is why the project is being implemented in line with the idea of customisation to accommodate the planned Linde technologies – vertical and horizontal transport, separate unmanned zones, and numerous automated processes, including steel cutting, welding and comprehensive production line integration. The facility will be built on an 18-hectare site. Forklift production will be launched at the beginning of 2021 and KION will be creating more than 150 jobs at the site by 2023. Capital expenditure on this project is around €60 million.

Choosing Panattoni Europe to deliver the factory in Kołbaskowo, Linde recognised the developer’s experience and ability to follow through a comprehensive range of tasks. Marek Dobrzycki, Managing Director Panattoni Europe, commented: “In the project for Linde, Panattoni Europe is responsible for the entire development process, from preparing and securing the land and property, through obtaining all the permits and decisions, developing the building itself, coordinating all the changes required to accommodate the Linde technologies to be installed inside, up to the acceptance procedures and handing over the keys to the facility.”

Rule number one – convenient location. Deciding to build a facility to own, Linde chose a location with huge potential. The proximity of the German border and Berlin played a key role in the decision to build together with Panattoni Europe. “The new site in the heart of Europe will allow us to make further inroads into this fast-moving, high-potential market,” says Gordon Riske, Chief Executive Officer of KION GROUP AG. “The location near the German-Polish border has the additional benefit of easy access to an excellent network of suppliers.”

The factory will be built in the vicinity of the A6 motorway, 2 minutes’ drive from the German border, which will make it possible to reach the German capital in less than two hours. On the other hand, the A6 will connect the facility with the regional capital – Szczecin, providing access to a qualified labour pool. Apart from the Szczecin–Berlin connection, the Linde factory in Kołbaskowo will be close to the S3 expressway, which – once completed – will connect West Pomerania with Poznań, Wrocław and Prague in the Czech Republic. By acquiring a facility next to the German border, Linde has also secured an easy access to three airports – the Szczecin airport 40 minutes’ drive away, and two Berlin airport between 1.5 and 2 hours’ away – as well as the Szczecin-Świnoujście seaport – one of the largest in the Baltic Sea Basin.