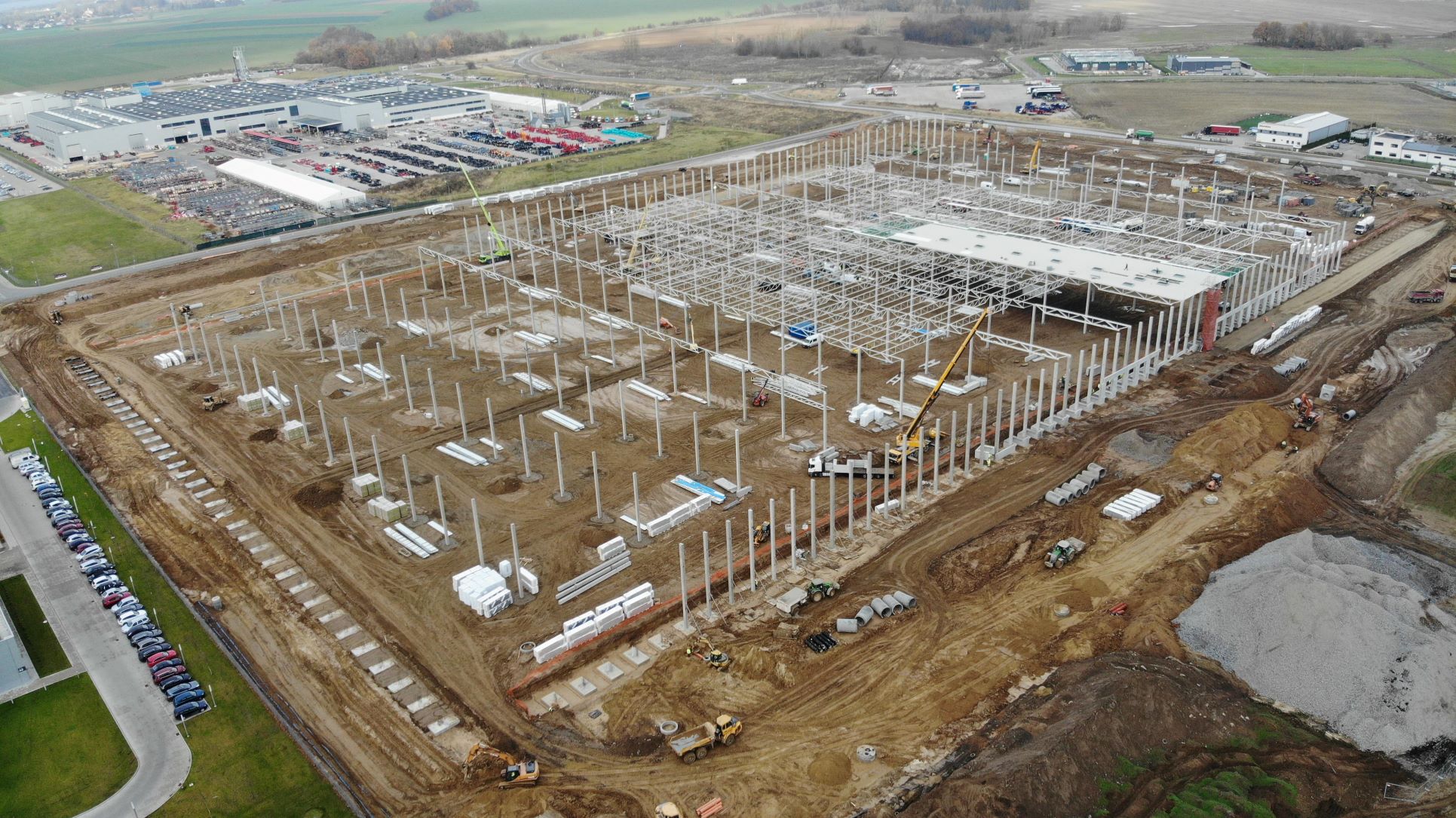 Panattoni to build an 87,000 sqm BTS for TEDi in Stargard

Panattoni has started another huge investment for the retail sector. An 87,300 sqm BTS facility is now under construction in Stargard in north-western Poland. The facility will be used by TEDi, a  German retail chain, which has over 2,500 stores in Europe. The project, which should be completed in October this year, will support the further development of TEDi in the country, where the company doubled the number of its outlets in 2021. The potential of the Szczecin region, which is currently the location for approx. 1 million sqm of industrial space, has been growing together with the expansion of Panattoni’s portfolio in the region. The developer has already delivered more than 300,000 sqm of modern warehouse space in the province and is continuing to add to it.

The project that Panattoni has under construction is set to play a strategic role in the implementation of this plan. Its location in Stargard will also play a role in the further expansion of the company in the western part of Poland. The new facility will be used to store the full range of products sold in TEDi’s stores, including products of daily use, cosmetics, drugstore and household items, decoration accessories, pet food, present accessories and office supplies.

“The latest representative of a retail sector that’s going through a stage of intensive growth has now put its trust Panattoni, and its choice of Stargard as a location, close to Panattoni Park Stargard, which is under construction, provides further confirmation of Western Pomerania’s huge potential,” commented Dorota Jagodzińska-Sasson, Managing Director of Panattoni. “We are also pleased that the facility to be used by TEDi features such a large office section. Once again, this confirms that industrial facilities also provide perfect bases for the various administrative departments of such enterprises.”

Around 4,000 sqm of office space is to be constructed for TEDi, which will be prepared by the developer in accordance with BREEAM certification guidelines. Panattoni will also be taking care of, among other features, providing suitable lighting and increased daylight access – such as through panoramic windows. In addition, the rooms are to be tested by a qualified acoustics expert. A green office landscape will also be created, with benches for employees made out of sustainable materials in the relaxation area immediately outside the building. The developer will also provide bicycle shelters and electric car charging stations. In addition to this, the entire facility will feature such energy-saving solutions as a comprehensive utility usage measurement system with a breakdown into individual installations, as well as reduced water consumption through, for example, the use of water-saving toilet fittings.

The Szczecin region, which just a few years ago was one of the emerging markets on the logistics map of Poland, now has approx. 1 million sqm of industrial space – but still has huge potential as a location for international enterprises. Many companies operating in Western Pomerania – especially in the e-commerce sector – use it as a base for their activities both in Western Europe (such as Germany and the Netherlands) as well as in Scandinavia. The region’s potential continues to grow alongside the A-class space under construction, with more than 300,000 sqm delivered by Panattoni, which is also currently developing Panattoni Park Stargard.

The project for TEDi will be located in the immediate neighbourhood of Panattoni Park Stargard – one of the developer’s largest projects in the region. The strategically located complex will provide tenants with an excellent platform for their international operations. It is located just 34 km from the A6 motorway, which continues the route of the A11 motorway in Germany to form the Szczecin–Berlin section of international road E28 connecting both cities with Russia (Kaliningrad), Lithuania and Belarus. Within Szczecin (the capital of the Western Pomeranian province), the A6 also forms part of the S3 expressway down the western Polish border from the Szczecin-Świnoujście seaports in the north to the Czech border in the south. The route forms part of the E65 international corridor connecting Sweden with Southern Europe. Running a short distance from Stargard, the S10 expressway connects the seaport complex with the greater Warsaw area (583 km). Szczecin-Goleniów Airport is also near the planned park, which lies 45 km away from the centre of the province’s capital.