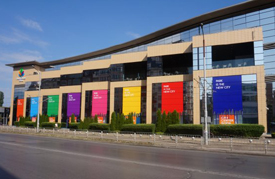 Investment company Revetas Capital Advisors, which acquired City Center Sofia in 2014, will reopen the mall under a new brand name Park Center on the 17th of September. The mall has gone through a two-year reconstruction process.

City Center Sofia opened in spring 2006 and is situated in the municipality of Triaditsa, at the intersection of the Boulevards Cherni vrah and Arsenalski. It has a total built-up area of 44,000 sqm and 23,000 sqm of commercial space.

Revetas Capital started with the reconstruction of the mall in May 2015, which included works on the common areas, outside facade and repositioning of existing escalators in order to facilitate access to less frequented areas.

The company has also invested in re-branding the mall by changing its name to Park Center. The re-branded complex has become part of Revetas Capital’s existing retail platform, which consists of 15 Park Centers across Central Eastern Europe.

Following the mall’s refurbishment, the owners enhanced its tenant mix with new local and international brand names. According to a press release, the renowned consultancy company Forton acted as the exclusive leasing agent of City Center Sofia.

The center offers over 100 stores consisting of both high street and luxury brands in the fashion, footwear, beauty and sports categories. The food court was expanded with new offerings, including a spacious restaurant with an outdoor terrace.