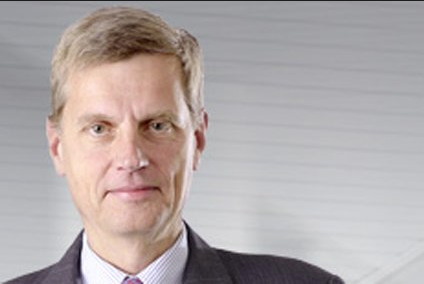 pbb generates good results for 2017, plans to distribute dividend of €1.07 per share – EuropaProperty

As reported on March 1st, Deutsche Pfandbriefbank AG (pbb) grew its new business in 2017, in a challenging market environment, generating sound results. Against this background, pbb plans to distribute a dividend of €1.07 per share, exceeding the previous year’s payout.

Consolidated profit before taxes (prepared in accordance with IFRS, audited) totalled €204 million, clearly exceeding the results for the previous year, when adjusted for the Heta effect (2016: €169 million; including non-recurring income from Heta: €301 million). The development in 2017 was driven on the one hand by aggregate net interest and commission income of €443 million, which exceeded the previous year’s figure of €412 million, and by continued low net additions to loan loss provisions of €6 million on the other hand (2016: net additions of €1 million). Conversely, general and administrative expenses of €216 million were higher year-on-year (2016: €198 million), as expected – due to higher personnel costs (primarily reflecting technical factors), as well as higher regulatory costs and expenses for strategic projects. Profit after taxes amounted to €182 million or €1.35 per share. Return on equity after taxes rose to 6.5 percent, compared to the adjusted previous year’s figure of 3.3 percent.

pbb significantly expanded its volume of new business, to €11.6 billion (2016: €10.5 billion – new business figures include extensions of more than one year). The increase was entirely attributable to Commercial Real Estate Finance, which accounted for €10.7 billion (2016: € 9.5 billion). The volume of new Public Investment Finance business declined to €0.9 billion (due to rounding) during the period under review (2016: €1.0 billion). Once again, the fourth quarter was particularly strong, with €4.2 billion in new business, whilst around €2.5 billion was generated in each of the first three quarters.

The proposed dividend for 2017 of €1.07 per share comprises the regular dividend amounting to 50 percent of consolidated profit after taxes in accordance with IFRS, plus a special dividend of 25 percent and full distribution of income after taxes exceeding the upper end of the original pre-tax profit guidance of €170 million. The Management and Supervisory Boards resolved to apply the higher payout ratio – comprising the regular dividend of 50 percent of consolidated profit after taxes, plus a 25 percent special dividend – for the financial years 2018 and 2019 as well.

Andreas Arndt, pbb’s CEO and CFO, said: “The strong operating result for 2017 clearly exceeds the previous year’s figure, which benefited from a non-recurring income. Against this background, and in view of pbb’s good capitalization, the Management and Supervisory Boards have resolved to markedly increase the payout ratio until 2019 inclusive – and with a payout of 79 percent for 2017, we will even exceed this.”

pbb’s guidance for the financial year 2018 is in line with 2017, with profit before taxes of between €150 million and €170 million. The forecast is based on slightly lower aggregate of net interest and commission income, as well as on risk costs estimated in the order of 10 to 15 basis points (bp) of the Real Estate Finance portfolio. pbb aims to keep general and administrative expenses below €220 million in 2018 as well. The application of the new IFRS 9 accounting standard means that year-on-year comparability of individual items will be limited.

Considering its conservative approach to risk, as well as the maturity of the present real estate cycle, pbb aims for a lower volume of new business, between €10.0 billion and €11.0 billion (including extensions of more than one year).