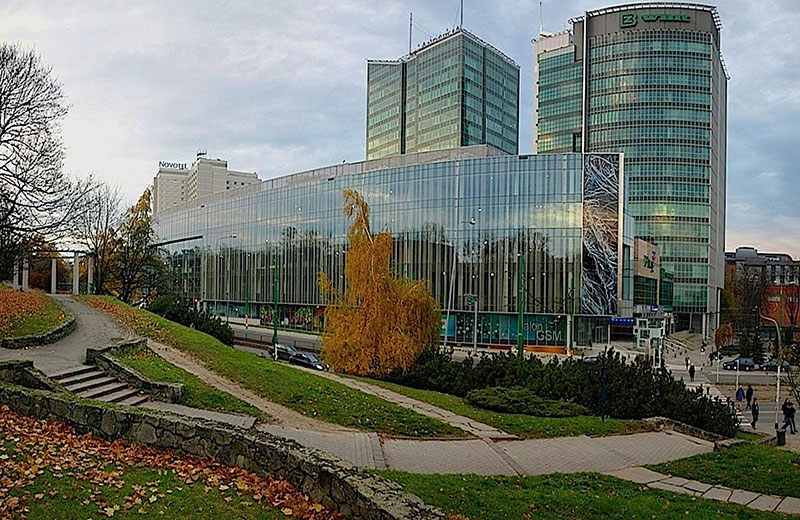 In March 2015, the ABC obtained the LEED gold certificate. Andersia Business Centre is the first office building purchased by PHN S.A. in connection to the company’s acquisition strategy.

Although particular terms of transaction were not disclosed, Sven von der Heyden, Chairman of the Von der Heyden Group, said: “We have come a long way to close this transaction, since a letter of intent was signed half a year ago. We are pleased to have found with PHN a stable, reputable and experienced real estate investor as the new owner and wish them good luck with the third phase of buildings the Von der Heyden Group erected on Plac Andersa.”

“We are pleased that we have completed the negotiations held over recent months to acquire an investment property. Andersia Business Centre is a building characterized by a very good location, high standard of offered space, and reputable tenants,” said Artur Lebiedziński, President of the Management Board of PHN S.A.

“The transaction involves acquiring 100 percent of shares held by Andersia Business Centre Sp. z o.o., the building’s owner. We have also taken over a loan taken out in Bank Zachodni WBK S.A. The transaction is an element of PHN’s strategy aimed at increasing its modern leasable space assets. The Andersia Business Centre office building will definitely be a valuable asset in our portfolio,” said Włodzimierz Stasiak, Member of the Management Board of Polski Holding Nieruchomości S.A.

Adam Trybusz, President of the Management Board of Andersia Business Centre Sp. z o.o. and Managing Director of Von der Heyden Group for Poznań said: “For years the market has waited for an active Polish player. Transaction with PHN is a positive signal for further development of the Polish commercial real estate market giving a big hope for the future. Polish commercial properties in Polish hands become a fact. I’m happy to have contributed to this reality.”