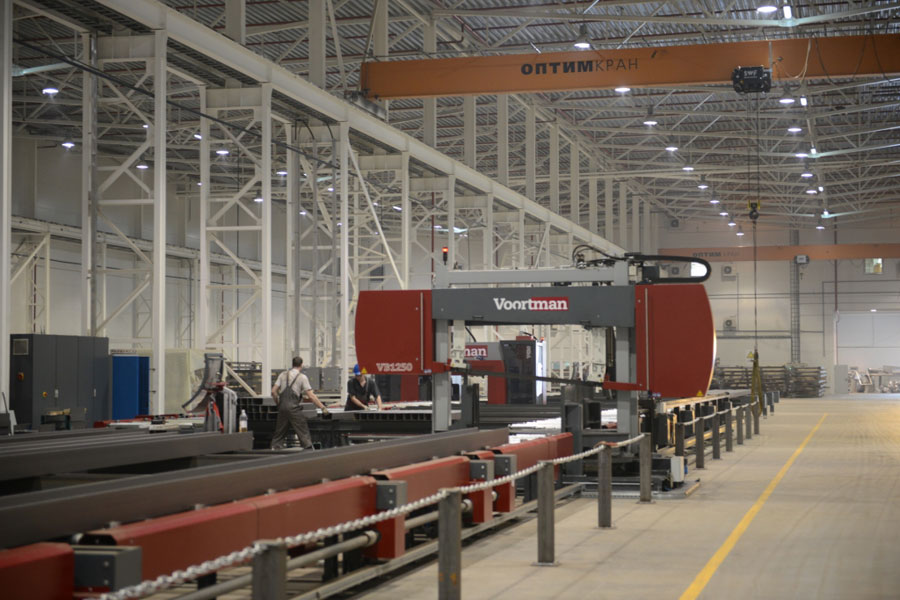 PNK Group has announced the launch of two in-house manufacturing facilities for construction materials located at the PNK-Vnukovo industrial park. The manufacture took off in a test mode in the summer of 2012 and the full capacity has been reached only by this moment.

Both facilities specialize in the manufacture of reinforced concrete components and concrete goods and are entirely focused on meeting the domestic demand of PNK Group. Manufacturing lines by such internationally renowned brands as Roger Bullivant, LA Roche & Co. Ltd., Wiggert & Co., Howal, EBAWE Anlagentechnik and Voortman meeting all the European quality standards and exceeding many of them are implemented in the plants.

By now. the plants’ products meet up to 70 percent of the domestic demand of PNK Group for certain components. All the Moscow region projects of the Group, such as PNK-Chekhov 2 and PNK-Severnoye Sheremetyevo, as well as the Group’s regional properties, including PNK-KAD and PNK-Tolmachevo, are supplied with own materials. The total area of the currently run projects, which are being supplied with the home-produced components and elements, is around 250,000-300,000 sqm per year.

Starting up the in-house manufacturing facilities is a part of PNK Group’s total conversion to international FM Global standards, setting the highest requirements for both the quality of construction materials used and the specific features of the components used for the construction of A+ Class warehouse and industrial properties.

Oleg Mamaev, Executive Director, PNK Group: “The decision to start our own manufacturing facilities is due to the unique qualities of the building elements and units required. Not only should they be of the highest quality, but also are very specific and currently not available for manufacturing in the standard plants in Russia. Also we are keen on keeping the constant construction flow at our projects all year round.”

In the future, PNK Group plans to extend the manufacturing facilities and, aside from doubling the output of the existing plants, to start the production of heat insulation materials, roofing and sandwich-panels as well as high-quality concrete.