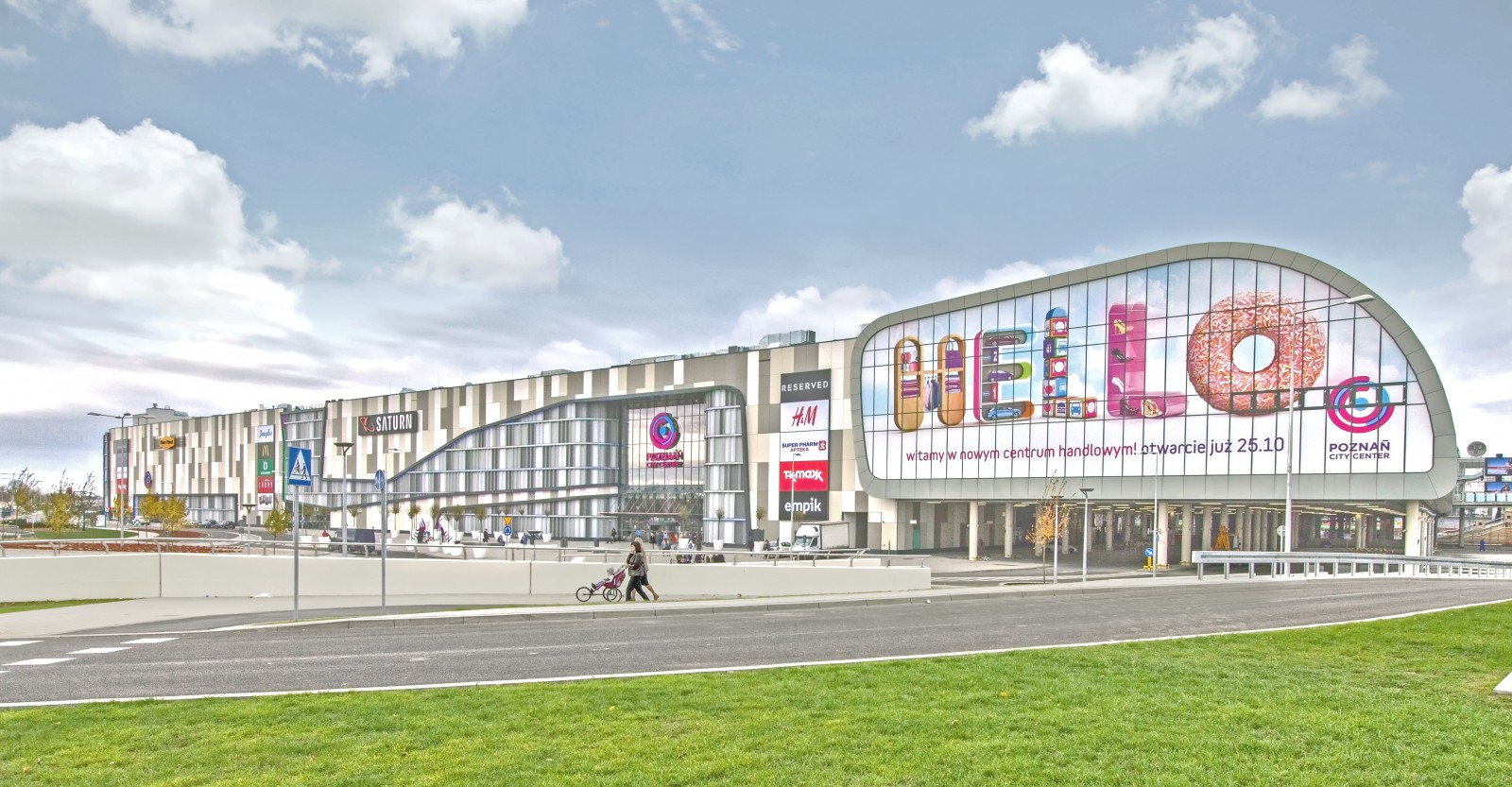 Jones Lang LaSalle presents its retail market report summarising 2013 and analysing key trends for 2014. After a notable deceleration over 2012, 2013 brought considerable growth in retail space. The shopping centre segment grew by 459,000 sqm, with over half (275,000 sqm) of this being delivered in the last quarter of 2013.

At the end of 2013, the supply of modern retail stock in Poland totaled 11.8 million sqm, the vast majority (nearly 8.5 million sqm ) of which was attributable to shopping centres. Floor space in retail parks and retail warehouses amounted to 1.3 million sqm and 1.85 million sqm respectively. The market is complemented by ten outlet centres, with a joint floor space of 163,000 sqm. The average density of shopping centres in Poland rose by 12 sqm and reached a level of 220 sqm / 1,000 inhabitants.

Poland remains a sought-after destination for retailers, both those entering the market, and those already present but seeking further expansion opportunities. In 2013, over 30 new brands launched operations in Poland. These included famous names such as Louis Vuitton, Hollister, Sports Direct, Celio, Original Marines, Only, Joop!, Tape a l’oeil, Bobbi Brown, Laura Ashley.

Retailers owning wide-ranging brand portfolios introduced new concepts, including Sinsay (LPP Group), H.E. by Mango, H&M Home. Others diversified their concepts, such as Empik who launched Empik Express stores. The segment of small retail parks, which is gathering pace across the country, is fostering the expansion of clothing discounters, such as Pepco, KiK and NKD. On the other hand, some retail operators decided to either withdraw from the Polish market or to optimize their store chain, i.e. Charles Voegele, Marrionaud, Jackpot&Cottonfield, Wallis, KappAhl, LaSenza and Flo.

Prime shopping centre rents, which refer to a 100 sq m unit in a leading shopping centre earmarked for the fashion and accessories category, remained stable throughout 2013. The highest rents are typically registered in Warsaw, where they now range from €85 to €100 sqm/ month. This is a slight (5 percent) increase on 2012 and is largely due to the number of re-commercialisations in leading projects.

Edyta Potera, National Director, Retail Agency, Jones Lang LaSalle, commented: “2014 will be the second very intensive year in a row for Poland’s retail market. Construction activity remains high as currently 610,000 sqm is in the development stage, of which approximately 500,000 sqm is scheduled for 2014. The largest projects include Atrium Felicity and Tarasy Zamkowe in Lublin, Galeria Warmińska in Olsztyn, Galeria S in Siedlce and Galeria Amber in Kalisz. It is also worth noting that the retail offer in Eastern Poland and in towns with less than 100,000 residents will grow. In addition, extensions of existing centres, aimed at strengthening their position on the local retail markets, will remain one of the key and most prospective trends, especially when it comes to older schemes.”

“The best performing shopping schemes in major agglomerations still receive the greatest interest. However, good quality projects in smaller cities are also gaining market recognition. With that said, owners of assets perceived as secondary product or located in more competitive markets, should be prepare for having to optimise rental levels,” Edyta Potera explained.

The volume of retail properties transacted throughout 2013 reached €1.32 billion, most of which (€1.12 billion) finalised in H2 2013. In the last quarter, deals totalling approx. €550 million were closed, including Wola Park (Warsaw), Galeria Kazimierz (€180.4 million, Krakow) and Charter Hall’s portfolio (Zakopianka in Krakow, Borek in Wrocław, Turzyn in Szczecin, Arena in Gliwice, and Dąbrówka in Katowice, with a total volume of €174.5 million). Two other key deals were concluded earlier in 2013 contributing greatly to the high retail investment volume over the second half of the year. These were the largest single asset deal in 2013 in CEE: Silesia City Center (ca. €400 million, Katowice), and Galeria Dominikańska (€151.7 million, Wrocław).

Agnieszka Kołat, Associate Director, CEE Retail Capital Markets, Jones Lang LaSalle, said: “2013 was a strong year on the retail investment market in Poland. The volume of transactions closed during the year amounted to €1.32 billion, which is by ca. 25 percent higher comparing to 2012’s result of €1.07 billion. These figures confirm that Poland continues to attract interest from investors. This trend is likely to be sustained throughout 2014 and we expect the retail investment volume to be on par with the one registered in 2013. Some considerable retail acquisitions are expected to be closed still in the coming months.”