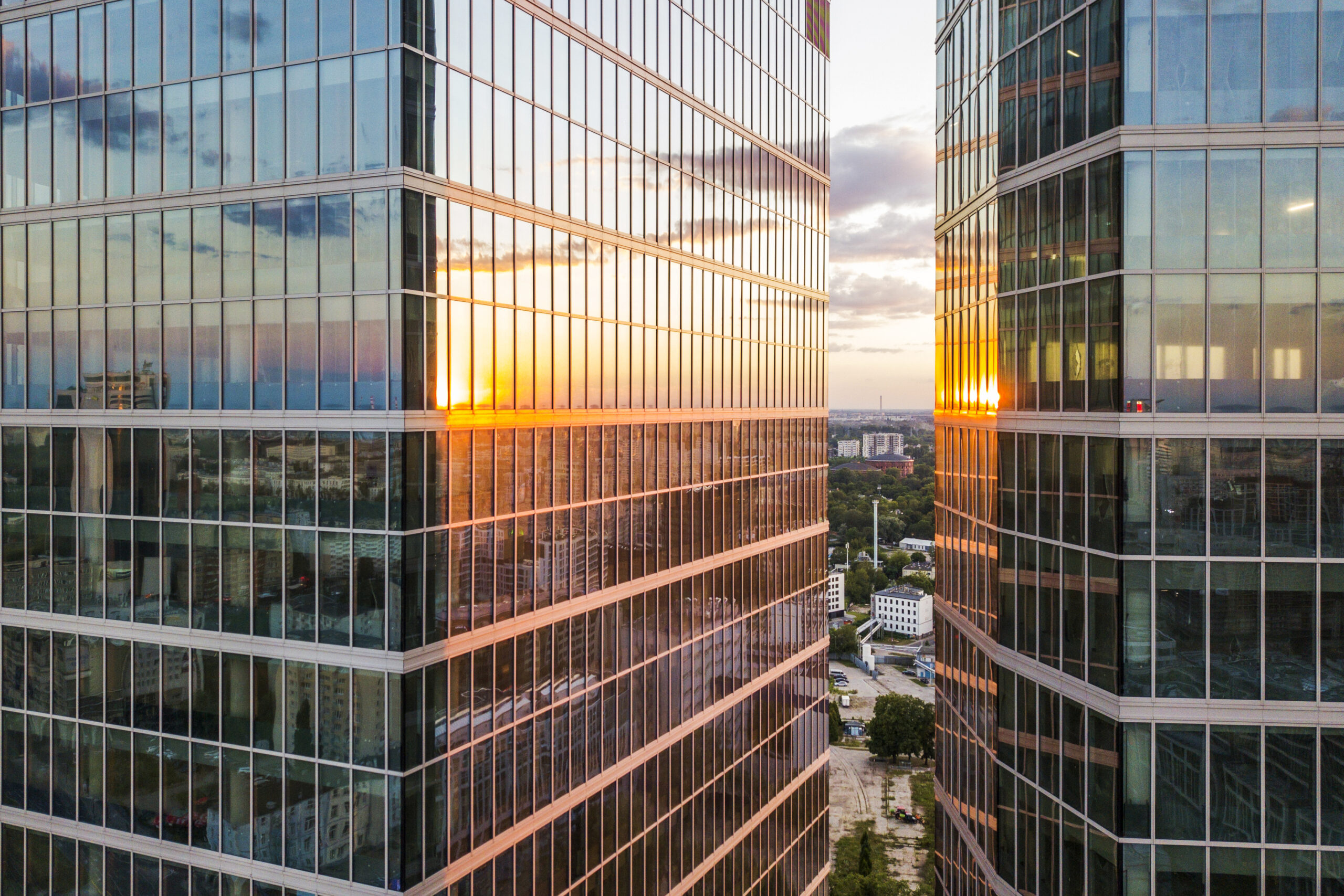 In these challenging times, investors are closely following the turmoil in Europe, the economy and its long‑lasting consequences. In spite of the record-high inflation as well as continuously rising interest rates, the Polish investment market keeps track with 32 investment deals closed in Q2 2022, exceeding €1.2 billion.

“The dynamically changing and testing economic environment is not reflected in the investment market results so far,” commented Paulina Brzeszkiewicz-Kuczyńska, Research and Data Manager at Avison Young.

The current year closed its first half with €2.9 billion of total investment volume, which is the third-best H1 result. Q2 was characterised by a much more balanced transaction set than Q1 when three extraordinary deals amounted to 75 percent of the total volume transacted. The first half of 2022 was dominated by office transactions, which amounted to 44 percent of the total investment volume, after the previous leading position of warehouse deals. Industrial properties have stopped breaking records due to a pricing mismatch. The majority of retail transactions were due to small convenience schemes, unsurprisingly. CEE investors became more active in the Polish market, focusing mainly on value‑add and opportunistic transactions.

2022 started with several core asset acquisitions and it looks like this trend is about to strengthen in the Polish office investment market. In Q2 there were eight office transactions of which seven took place in regional cities. The biggest deals were the sale of Nowy Rynek D in Poznań to Eastnine AB, the newcomer from Sweden, and MidPoint 71 in Wrocław to Trigea Real Estate Fund. The office investment market was the undisputed leader, accounting for 43 percent of the total Q2 investment volume in Poland.

Similar domination has been seen when considering all of H1 2022. With almost €1.3 billion, offices stood accounted for 44 percent of the total investment volume, most of which was the result of The Warsaw Hub acquisition by Google at the beginning of the year. This is a considerable shift, as for the last two years the industrial sector ranked first.

11 out of 14 transactions concerned offices located in regional cities, with the predominance of core and core+ assets. Unsurprisingly, investor appetite for regional offices refers to direct purchases from the primary market.

The warehouse investment market in Poland is about to stabilise. Up to July 2022, warehouse share in total investment volume reached 24 percent with over €700 million transacted. Compared to the similar period in 2021, industrial share in the total investment market dropped by 20 pps. “The decrease of investment volume is more the consequence of the limited product availability accompanied by rising financing costs, rather than limited investors’ appetite for warehouses in Poland,” commented Bartłomiej Krzyżak, Senior Director, Investment at Avison Young.

H1 2022 saw five portfolio transactions, including the closure of the Panattoni portfolio acquired by the BentallGreenOak with the acquisition of the last fifth warehouse in Warsaw and the sale of the 7R development portfolio with two warehouses in the construction stage. Portfolio transactions totalled €275 million, accounting for 40 percent of total volume recorded in the industrial sector. “In coming months, we expect the growing interest in sale-and-leaseback transactions, which allow the company to extract the property’s value and to convert an otherwise illiquid asset into working capital while maintaining operational control,” added Bartłomiej Krzyżak.

As far as retail acquisitions are concerned, the domination of small retail parks with convenience offers is not surprising. Among 11 transactions regarding retail schemes in Q2 2022, 7 were due to small convenience centres up to 3,500 sqm of GLA. Additionally, two Biedronka discount stores were purchased by Centerscape Investments, while closed former hypermarkets, namely Auchan in Grudziądz and Tesco in Gdynia, were acquired for redevelopments.

The only retail portfolio transaction in Q2 regarded the sale of three retail parks by Newbridge Poland. Avison Young represented the Seller and advised in the refinancing process. The SMART Portfolio of 13,000 sqm GLA is composed of schemes located in Grodzisk Mazowiecki, Włocławek and Namysłów.

Retail investment volume in Q2 2022 amounted to nearly €69 million, which is the second lowest quarterly result since 2016. However, due to extraordinary results recorded at the begging of the year, H1 2022 with €797 million transacted looks fairly well. “The continuous downtrend in retail investment volume is not surprising, as investors keep their strong confidence in small retail parks,” said Paulina Brzeszkiewicz-Kuczyńska.

It was obvious, that the outbreak of the war in Ukraine will be influencing the Polish economy as well as demography. A clearly visible impact is seen also regarding the housing market in Poland. The influx of Ukrainian refugees, of who around 1 million are estimated to have settled down in Poland, is a huge challenge for the residential sector. Compared to April 2021, the number of flats available for rent decreased by over 80 percent. Simultaneously, a sharp increase in asking rents is observed, boosted by jumping leaps and bounds inflation.

The decrease in the sale of apartments and good rental prospects support the development of institutional rental (PRS) in Poland and will increase the involvement of funds. Developers also see good prospects for PRS – the demand for rent is growing, and interest in package purchases remains high. In Q2 2022 Heimstaden Bostad invested in Aurora housing estate located in Warsaw (Włochy district) by acquiring 4 residential buildings from Dantex, which will be dedicated to PRS function once the investment will be completed.

The dynamically changing economic environment makes it difficult to forecast the future of the commercial real estate investment market in Poland. Nevertheless, upcoming months will be shaped by repercussions of very high inflation, monetary policy as well as the general geopolitical situation. Solid H1 2022 results, however, let us stay optimistic. Not only deals that started in 2021 are closing now, but the investment pipeline also looks promising.

“In Western Europe, cap rates keep the decreasing trend yet. In Poland, rents have started to grow, while yields remain steady. Having lessons learned from the COVID-19 pandemic, we believe that the strong foundations of the Polish market will let it stay resilient,”  summarized Paulina Brzeszkiewicz-Kuczyńska.