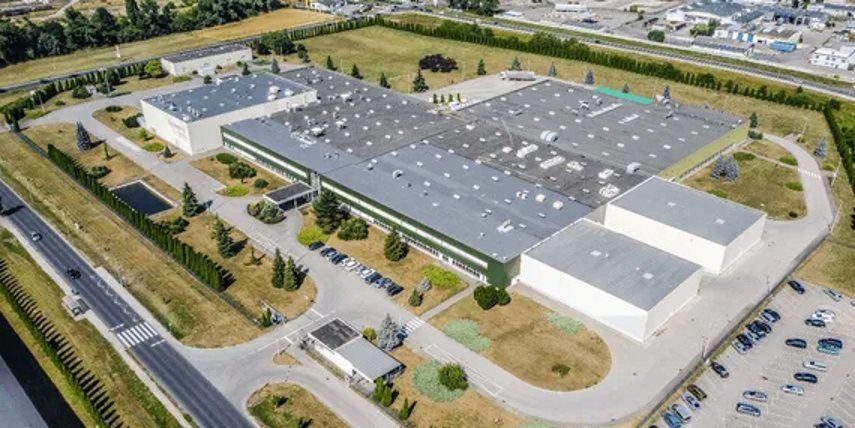 Despite the still-uncertain geopolitical situation over Poland’s southeastern border, the performance of the warehousing sector in the investment and leasing markets gives grounds for optimism. Demand in Q3 2022 amounted to 1.6 million sqm (+11% y/y), indicating that companies are still interested in acquiring new space for development. On the supply side, on the other hand, the new policy of investment financing by banks in the coming quarters will bring the announced cooling down in the construction of new projects. This trend may particularly affect speculatively built warehouses, which at the end of September 2022 accounted for about 52% of the 4 million sqm of space currently under construction. AXI IMMO presents data summarizing Q3 2022 in the industrial and logistics market in the report “Polish warehouse market in Q3 2022.”

At the end of September 2022, the volume of transactions on the investment market closed at €4.32 billion (+22% y/y), of which the warehouse sector alone accounted for 59% of concluded purchase/sale agreements in Q3 of this year. The market continues to see large ownership rotations in acquiring rights to real estate portfolios. Among the most significant transactions closed between July and the end of September 2022 was Hillwood’s sale of its Danica portfolio to CBRE GI, where the fund acquired 629,000 sqm of modern warehouse space in 14 developments. The next two were followed by smaller transactions involving two Czech investment funds. First, Trigea acquired Panattoni Park Tricity North (45,000 sqm) from Panattoni, while REICO bought Advanced Power Solutions Poland’s 24,000 sqm warehouse in the Poznan region.

“In Q3 2022, the warehousing sector again jumped into a leading position in the Polish investment market. Investors from the CEE region, who were already in the investment processes, finalized deals, as manifested by purchases of smaller distribution parks. Nevertheless, in the market, there is still some uncertainty related to the war in Ukraine, which effectively influences more decisive movements on the part of some Asian investors who remain in the wait & see position. We expect Polish warehouse assets to remain attractive to investment funds through rising rents and higher capitalization rates for the best facilities,” explains Renata Osiecka, Managing Partner, AXI IMMO.

Analysts at AXI IMMO indicate that the volume of lease transactions from July to the end of September 2022 on the Polish warehouse market amounted to 1.6 million sqm (+11% y/y), 57% of which were new leases and expansions. In turn, aggregate gross demand taking into account, among other things, extensions and short-term contracts for the period from Q1 to Q3 2022, exceeded 5 million sqm. In Q3 alone, the so-called “big five” warehouse markets accounted for 88% of total demand, with the Warsaw region (320,000 sqm), Central Poland (303,000 sqm), and Poznań (297,000 sqm) accounting for the most leasing. Some of the largest lease transactions in Q3 2022 included an e-commerce client leasing a Panattoni BTS Września warehouse (123,000 sqm) in the Poznań warehouse market, while a confidential logistics tenant will move into 75,300 sqm at Panattoni Park Wrocław Logistics South Hub. The deal topped the podium was extending and expanding a retail chain customer at EQT Exeter Park Stryków for 59,000 sqm in Central Poland.

“The data for the past five years indicates that the current high market dynamics will most likely allow us to end 2022 with the second-highest demand score in the history of the warehouse sector. The big challenge for the market will be maintaining such high tenant activity in subsequent quarters through the economic downturn, the spectre of recession, or the announced energy crisis. Opportunities for further development should be seen primarily in the increased regionalization of supply chains, i.e., nearshoring, as well as recently popular friendshoring, where Poland is often indicated as the main beneficiary of both phenomena,” says Anna Głowacz, Head of Industrial, AXI IMMO.

In Q3 2022, 1.05 million sqm was delivered to the Polish warehouse market (+59% y/y), of which the top three regions with the largest new supply were Lower Silesia (267,000 sqm), Warsaw (164,000 sqm), and Eastern Poland (144,000 sqm). Adding up developers’ activity from the first three quarters, by the end of September 2022, nearly 3.2 million sqm had been completed, bringing the total stock of the warehouse market to more than 27.1 million sqm. At the end of Q3 2022, 4 million sqm were still under construction, 52% of which were speculative projects. The largest projects under construction are Upper Silesia (700,000 sqm), Warsaw (621,000 sqm), and Central Poland and Western Poland, with more than 520,000 sqm each. The market is forecast to see a decline in developer activity due to, among other things, higher requirements from banks, which expect a minimum of 50% securing of investments, down from 30% previously. The new supply slightly affected the vacancy rate, with 4.2% (-0.8 pp. Q/Q) at the end of September 2022. The markets with the highest availability of space were the Szczecin region (7.7%) and Lower Silesia (7.1%), while Krakow (1.3%) and the Tri-City (1.6%) remain the lowest.

New supply and a slight increase in vacancy rates have had little impact on the trend of rising rents (+20-30% depending on location), which has continued since early 2022. Warsaw remains the most expensive location in Poland, with asking rates as high as €7/sqm in the urban zone. Average rents in big box developments in major markets range from €3.5/sqm in older projects to €4.3-4.5/sqm in new products.

“In terms of demand, the structure of concluded transactions in the last quarter of 2022 will be of great importance for the warehouse market, which will, as it were, indicate what strategy tenants will adopt for the coming months. On the supply side, on the other hand, increased requirements for financing new projects may herald the suspension of some of the planned investments. At the same time, there will always be developers in the market who see this situation as an opportunity. Clients representing the most mature industries and sectors should not be worried about the development and lack of space. In their case, developers will find a solution that satisfies all parties. A similar policy should be expected regarding rental rates, which are expected to stabilize by next year. Despite rising costs, Poland will remain strongly competitive with Western European countries,” concludes Renata Osiecka.