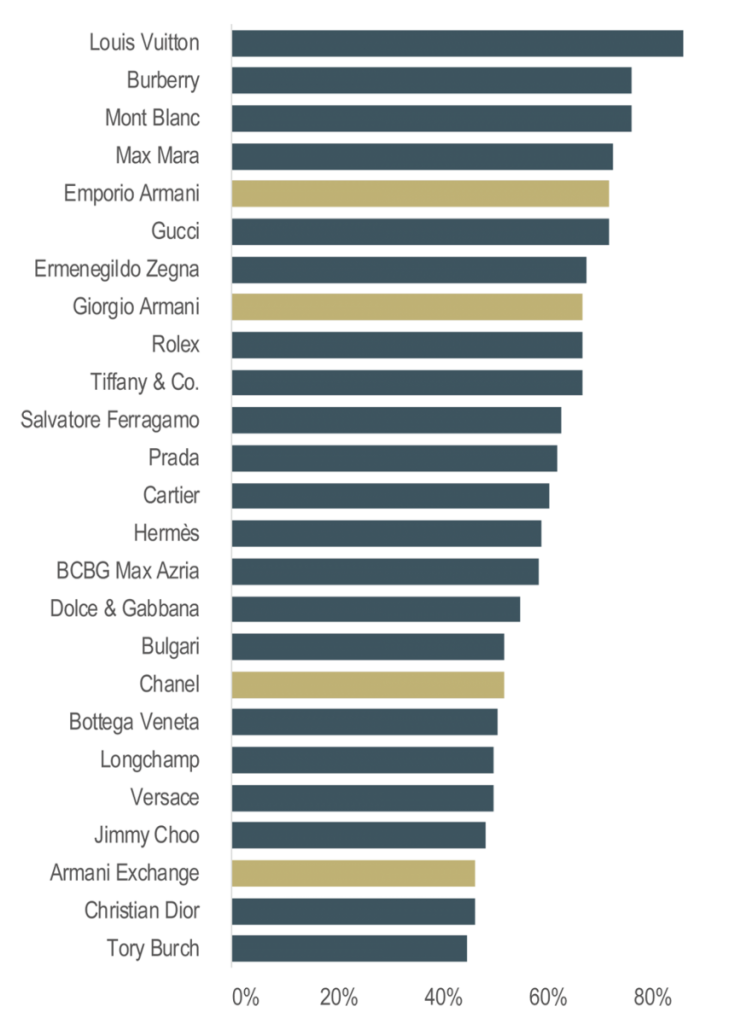 According to the latest report prepared by JLL, High Street Retail in Prague 2016/2017, Prague has been the most attractive CEE destination for international retailers.

Prague is considered as the gateway to entering the CEE markets (excluding Russia). If we leave out Moscow and Vienna, Prague is the only location that luxury brands take into account when considering going into CEE. There are several reasons for that in place. Prague has been the 9th wealthiest region in the EU with strong domestic demand (average purchasing power in Prague reached €9,600 per capita) combined with lots of tourists flowing in and significantly increasing luxury sales in particular in the Czech capital. Demand for quality space on Prague’s high streets, Pařížská and Na Příkopě, is outstripping supply which is reflected in the current rent rate of up to €190 sqm/month for a notional unit of 100 sqm in a prime location.

Currently, there are two important projects being prepared that will definitely enrich the retail market in the centre of Prague: project Savarin (developer Crestyl, with planned completion in 2021) linking Wenceslas Square and Na Příkopě street and the revitalisation of Masaryk railway station (developer Penta, estimated completion of the first phase in 2020).

According to the latest research paper, the Czech capital is the most attractive destination for expansion of international retailers in CEE and is being considered as the gate when entering this region.

Pařížská street is CEE´s centre of luxury shopping and its steadily growing number of luxury brands has significantly improved Prague´s ranking over the last 20 years. Luxury brands are carefully considering the right location and the level of their presence (the highest level of their presence is a so called ‘flagship’ store, whereas the other types of presence are through wholly owned shops, being present in a multi-brand department store or through a local franchise partner).

“While there were only 32 percent of mono-brand and 68 percent of multi-brand stores in Pařížská street in 2008, today the proportion is completely different – 91 percent are mono-brand shops and only 9 percent are multi-brand. There are currently more than 40 luxury boutiques or shops in Pařížská, out of which, 22 are run by the brand itself (without a local partner being involved),” said Blanka Vačkova, Head of Research at JLL Prague.

One of them is the three-storey Louis Vuitton that opened at Pařížská 3 in the autumn of 2014 with an extended offer of its iconic suitcases, handbags and luxury pret-a-porter collections for both ladies and gentlemen. The demand for space in Pařížská is outstripping the current supply and is spilling over to adjacent streets such as Široká, Kostečná and partly to Staroměstské náměstí (next to Cartier shop).

“There are 21 luxury brands out of 25 with a global coverage present in Prague. The latest newcomer is fashion brand BCBG Max Azria at Pařížská 24. Retail space at Pařížská 15 and 22, which we have been leasing, will soon welcome their new tenants,” said Marjan Gigov, Senior Consultant in the Retail Agency at JLL Prague.

“Pařížská has witnessed several changes in terms of its visitors over the last 20 years. Shortly after the Velvet revolution, it was mainly expats and foreign tourists visiting Prague who shopped there. Czechs were a minority, but their proportion has gradually risen and became more significant after the year 2000. What also changed is the groups of tourists shopping on Pařížská. Besides Russians, you can also see more and more Chinese and South Koreans. According to the Czech Statistical Office, Prague was visited by 292,000 Russians, 197,000 Chinese and 180,000 South Korean tourists last year,” said Blanka Vačkova.

According to JLL’s Destination Retail 2016, Chinese consumers now account for 31 percent of global luxury purchases, spending around four times as much abroad as at home. A number of governments recognise the opportunities that Chinese tourists offer to a city’s retail sector and have put strategies in place to attract and drive tourism spend. Strategies vary widely from tax breaks in Hong Kong (shoppers from Mainland China have contributed up to one third of Hong Kong´s total retail sales), to the relaxation of tourist visas in cities such as Paris, London and Tokyo.

According to Global Blue, a tax-refund service often used by non-EU visitors, for the first time in the history of tourism in the Czech Republic, in 2015, Chinese tourists became the biggest spenders from all non-EU visitors, in terms of total volume. Their share of the total of non-EU member states spending rose to 25 percent from 14 percent in 2014. Russian visitors, who used to lead the statistics, accounted for 24 percent, down from 44 percent in 2014. “With new direct routes to Beijing introduced in September 2015 and another to Shanghai from June 2016, the already growing number of airport passengers from Asia will continue to increase,” added Blanka Vačkova.

There is a mixture of premium brands such as Michael Kors, Gant, Tommy Hilfiger and Max Mara Weekend and flagship stores of mainstream brands including Zara, H&M, New Yorker and Mango on Na Příkopě street. There are also a few retail passages such as Myslbek, Panská pasáž, Černá růže and Slovanský dům where you can find more fashion and other retailers. The latest brand to enter the Prague market was the legendary toy shop Hamleys that opened its first shop in CEE in May 2016 and with 6,500 sqm became the largest shop of its kind in the region.

“The interest for retail space on Na Příkopě is also causing a spill over to adjacent streets such as U Obecního domu, Havířská and Rytířská. On Rytířská street especially, the retail element of the Česká Spořitelna bank building is under reconstruction and a new flagship store of Preciosa will open very soon,” said Marjan Gigov from the Retail Agency at JLL Prague.

Metro station Můstek is the busiest part of Wenceslas square where there are a lot of flagship stores of mainstream brands, such as Baťa and C&A, but also department stores such as Van Graaf, Debenhams and Marks & Spencer. The lower part of Wenceslas square has successfully attracted premium brands such as Blažek, Pietro Filipi and Marc O´Polo. The wide choice of fashion shops is completed by banks, large bookshops (Kanzelsberger, Knihy Dobrovský, Academia or Neoluxor) and by bakeries and fast foods (Paul bakery, Starbucks, KFC and McDonald´s). The rent in Wenceslas square is approximately €100 sqm/month.

Over the past a few years, 28 Října street has developed significantly. There are a few projects under construction which includes ARA Palac, due next year. We also have to highlight the recently open shopping centre, Quadrio, in Národní Třída street, located next to MY, which is a department store and supermarket concept by Tesco.

There are two key projects with the potential to influence the retail map of the centre of Prague: Savarin (linking the streets of Na Příkopě, Panská and Jindřišská with Wenceslas Square) with expected completion in 2021 and the revitalisation of Masaryk train station (with estimated completion of its first phase in 2020).