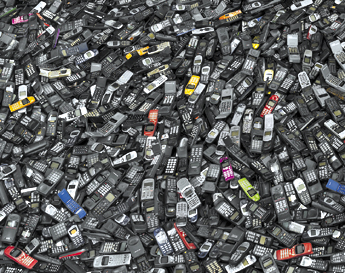 Electric waste collection (used electronic and electrical equipment) was jointly organized by six international companies (DTZ, JLL, Knight Frank, Kulczyk Silverstein Properties, Skanska and Stena Recycling). In total, the companies collected ca. 9,000 kilograms (9 tons) of electrical waste. Arup, inspired by the Lose Your Kilowatts, joined while the event was in progress and added 54 kilograms of waste to the total.

In the other cities of Central and Eastern Europe, JLL collected 676 kilograms (Prague) and 400 kilograms (Budapest).

Thanks to the recycling of ca. 9 tons of electrical waste, it was possible to reduce carbon dioxide emission by 34,000 kilograms.

The event was held in buildings in Warsaw, Katowice, Łodź, Poznań and the Tri-City as well as Wrocław and Kraków. Special containers were provided where employees were able to dispose of their e-waste. The proceeds collected from the selling of this obsolete waste will be donated to Nasz Dom im. Maryny Falskiej, a Warsaw orphanage.