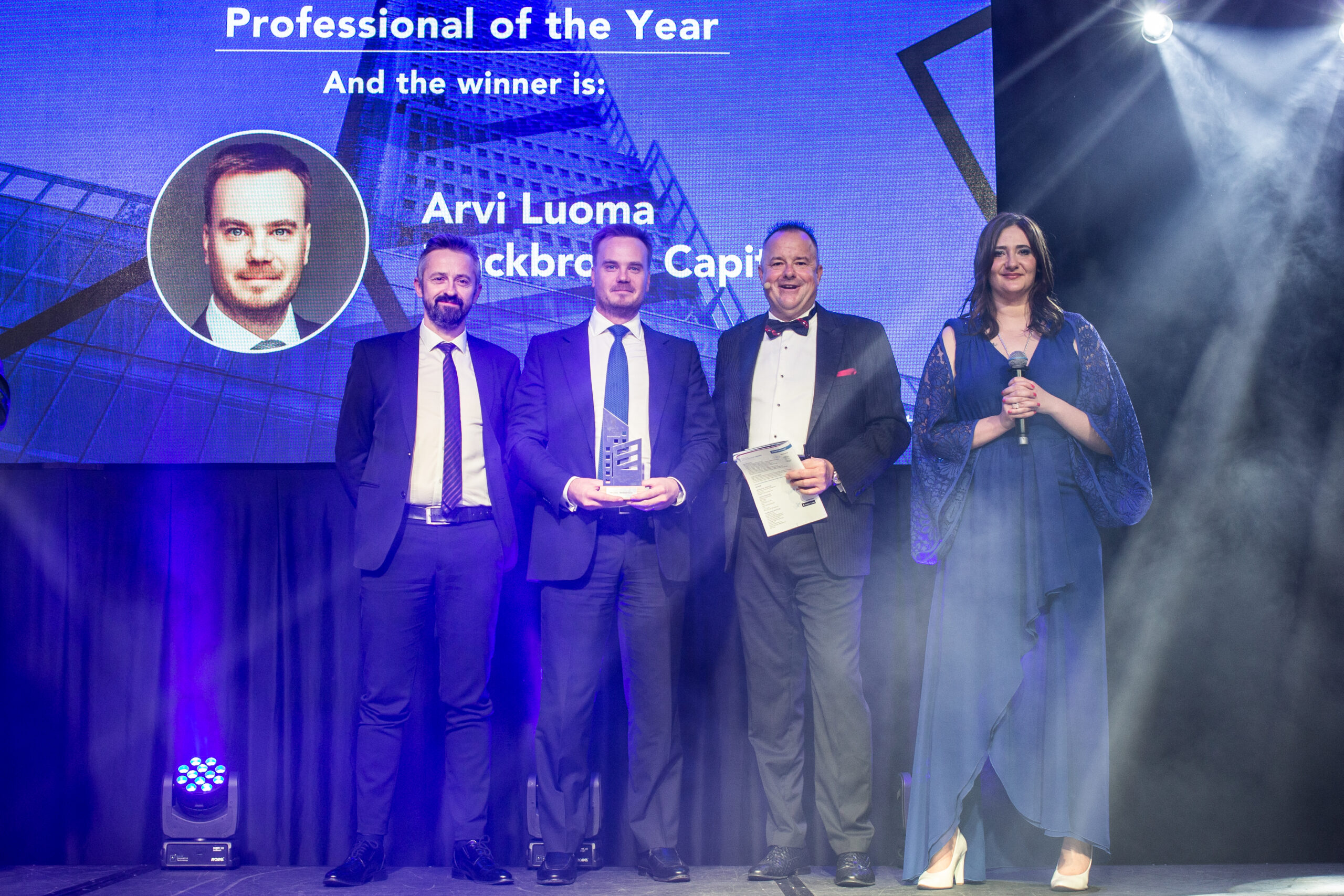 EuropaProperty has completed its 11th annual CEE Investment Awards at the Intercontinental Hotel in Warsaw. The awards gala was heralded a great success and were well-received by all the winners and their guests. The gala ceremony looked fantastic and was once again witnessed by a select group of around 200 senior European and Central European real estate professionals; affirming the event’s status as a true landmark for the investment and associated real estate sectors.

Griffin Real Estate was deemed this year’s best overall investor largely on the back of its successful transactions and diversified investment strategy. Griffin won three awards on the night including Opportunistic and JV investor and Investment Deal in the €50 – €100 million category selling six retail properties in Poland to a confidential buyer.

A new investor to the region, Blackbrook Capital, was recognised by the jury for its successful entry into the Central and Eastern European market. The investor collected two awards including Warehouse Investor and Professional of the Year for the company’s Founder and CEO Arvi Luomo.

GTC was awarded Office Investor on the back of its successful investment throughout the region. The regional investor/developer acquired two top-class office assets from WING in Budapest as well as de-investing its Serbian office portfolio to Indotek for a record-breaking sum and return.

Cornerstone Investment Management and Crestyl Group were recognised for their spectacular entrance into the PRS market with the acquisition of Spravia (previously Budimex) in the Investment Deal €100 million + category.

Zeitgeist Asset Management was recognised as a Residential Investor for its acquisition strategy throughout the region, and its recent PRS  purchases and Student housing development. The firm also collected the Value-Add/Core + Investor prize.

pbb Deutsche Pfandbriefbank was voted this year’s Bank of the Year. The specialist bank was recognised for its core business of lending and the important role it plays in supplying credit to the real estate industry.

Panattoni collected the Warehouse Development of the Year award for the BTS development for Weber in Poland. Warsaw Unit was voted Office Project of the Year. The recently developed office complex was deemed by the jurors to be the best example of a leading Class A office development as well as accentuating the strength of the developer’s advanced technological innovations and modern development solutions. Ghelamco also collected the Future Project award for the soon to be operational skyscraper The Bridge. Another future project recognised by the jurors was Tbilisi Outlet Village by Torg International.

Another success from the investment and development side came from Park Lake Developments’ Park Lake Office Center in Bulgaria. The recently developed, and sold onto German investors SAP for around €50 million office building, was a great example of the region’s growing interest to international investors.

Other developments recognised by the awards included Futureal’s €300 million Etele Plaza in Budapest. This smart retail development was deemed by the jurors as the best example of modern retail development for today’s omnichannel retail environment. Galeria Andrychow by Equilis and Acteeum in Poland won the Retail Park award. Trei Real Estate, a prolific retail park developer won the Retail Developer of the Year award.

Echo Investment, a leading real estate development company operating in Poland and focusing on the development of large-scale city-forming commercial projects, took the Office Developer of the Year award, after being recognised by the Jury for its continued successful sustainable development model across Poland. The developer also won Mixed-use Development for their successfully received Warsaw Breweries project.

This year has seen the region’s residential market grow in importance. In this way, this year’s awards ceremony celebrated residential development and investment throughout the region. Bulgaria came out a strong favourite. BLD Homes received two awards, one for the company’s Secret Gardens residential project and another for Residential Developer of the Year.

Other company awards were given to New Work Offices which won Serviced Office Provider. TPA Poland was once again voted this year’s best Tax and Financial Adviser, and Dual Asset was voted the best Title Insurance Provider. Other industry winners included Dentons as Law Firm, Kajima as Construction Firm and APA Wojciechowski Architects as Architectural Firm of the Year.

Accentuating the strength and interest in the region’s commercial real estate sector and associated industries, were the prizes for Manufacturer of the Year won by Toyota Motor Group and DHL Supply Chain won Logistics company.

Poznan was recognised by the jurors as a Polish city that is excelling in its green initiatives and offering agreeable terms and opportunities for investors and sustainable investment and development.